Creative Memory: saving the collective and artistic memory of the Syrian revolution 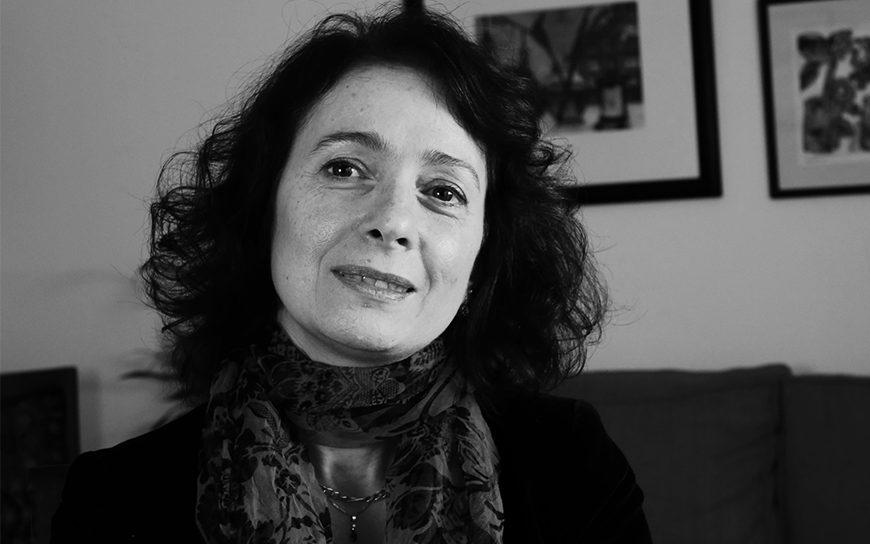 Sana Yazigi, Director of Creative Memory, tells a story of loss, freedom and hope and how art and creativity can document the Syrian conflict.

Yazigi left Syria for Beirut at the end of 2012, right after the first military attacks began and when the government-led repression escalated against peaceful critical voices.

Yazigi admits that at first she felt deep distress, frustration and guilt at being away from the land where the revolution was taking place and from her people. She also felt an acute responsibility to save the memory of Syrians who wanted to use free expression, art, culture and creativity to send a political message. Acting on this urge, she and a number of colleagues launched Creative Memory in May 2013 as an online archive of art inspired by the Syrian revolution.

Today, this archive includes 34,200 documents and is available in three languages. More than 12,000 of these documents are original materials. They include graffiti, paintings, calligraphy, films, photographs, caricatures and even videos – more than 20 different categories can be found on the website. Most material has already been published on other online platforms and some is sent directly by the authors.

“Creative Memory’s mission is to document these materials. We include all the essential information on the piece – the author, the date, the place, the reason behind the work. In an Internet world, where items are shared often thousands of times, it is easy for material to lose its original identity. We gather all the information, making sure to authenticate and contextualise it, so that the viewers have the full picture,” Yazigi explains.

Yazigi cares deeply about this project. Creative Memory is not just about art and culture; it is about recognising the work of artists as highly meaningful. She strongly believes that Creative Memory is supporting freedom of expression. She considers that freedom to speak was one of the gains of the Syrian uprising. 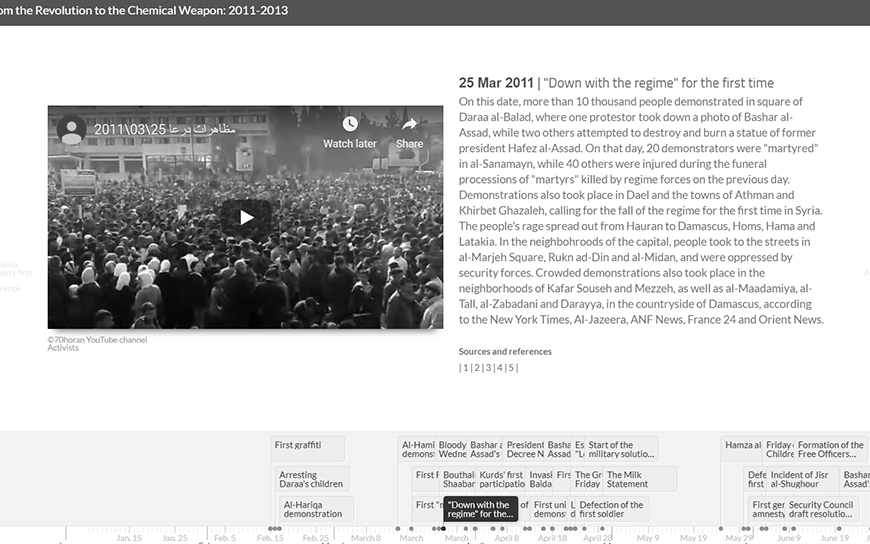 An archive for future generations

There is important meaning driving Creative Memory beyond its role as an archive. “This project also looks ahead. It nurtures the thirst for knowledge people will have after the war. It is a testimony,” she says. She paraphrases a quote by Albert Camus: “We will need hundreds of those creative testimonies to describe something that we cannot explain now” to explain one of the key objectives of the project.

One example of the way this project works as a history book is Idlib Walls, a timeline created by Creative Memory with graffiti on the walls of Idlib. “When you read the graffiti, you learn about what happened in Syria. It tells the story of the whole war in Syria,” she relates.

Yazigi admits that she feels helpless as she watches the ongoing conflict in Syria from afar. She knows all she can do is wait and keep working but she hopes someday there will be peace in her home country. In the meantime, she wants to create an archive that will serve as a tool for generations to come to get a fuller picture of these years of conflict. 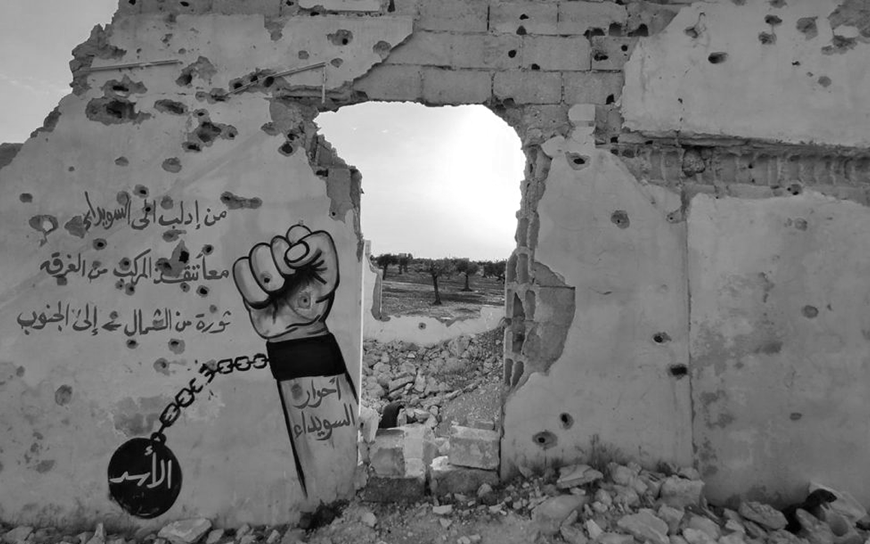 An ‘atypical’ project for funders

Yazigi acknowledges that donors have recognised the importance of this 'atypical' project, as Yazigi defines it, since its launch in 2013.
Thanks to an EED grant in 2018, Creative Memory was able employ two Arabic editors, who work on the Arabic language part of the website, which sits at the heart of the project.

“EED’s support and that of our other donors was very important for Creative Memory. They recognised the role of culture and arts in a society seeking change, and the socio-political effect and ability to communicate that creativity is able to deliver,” Yazigi explains.

Looking ahead: an important partnership with MuCEM in France

June 2019 was an important milestone for Creative Memory. The team was invited to take part in a three-day conference, En mal d’archives, hosted by the Museum of European and Mediterranean Civilisations (MuCEM), in Marseille, France. The event focused on the role citizens can have as archivists during wars, revolutions and other crises.

One of the themes explored during the conference was the way citizens contributed to building collective memory during the Arab Spring through their archiving work. This event was also an important moment for the Creative Memory team, as for the first time they really understood the relevance and impact of their project, one initiated by normal citizens outside any academic framework.

Following the conference, MuCEM approached Creative Memory to work on a partnership project, which will include an event hosted by MuCEM, on the 10th Anniversary of the Syrian Revolution in March 2021. The long-term aim of this partnership is to learn the know-how of professional, virtual and physical archiving and its tools.

The Bibliothèque nationale de France is also interested in Creative Memory’s wider project and they are discussing other possible collaborations.

This partnership means a lot to Yazigi and her colleagues. “It shows that we will soon be ready to speak to Syrians and to tell them we are equipped to receive their documents and their material to feed into this archive. This can become an ‘asylum’ for art from Syria too, art that is also waiting to go back home soon,” she says.