'We are better people than we think'

In Western Ukraine, a unique initiative is rallying local residents and companies around a common goal: make their city a better place. 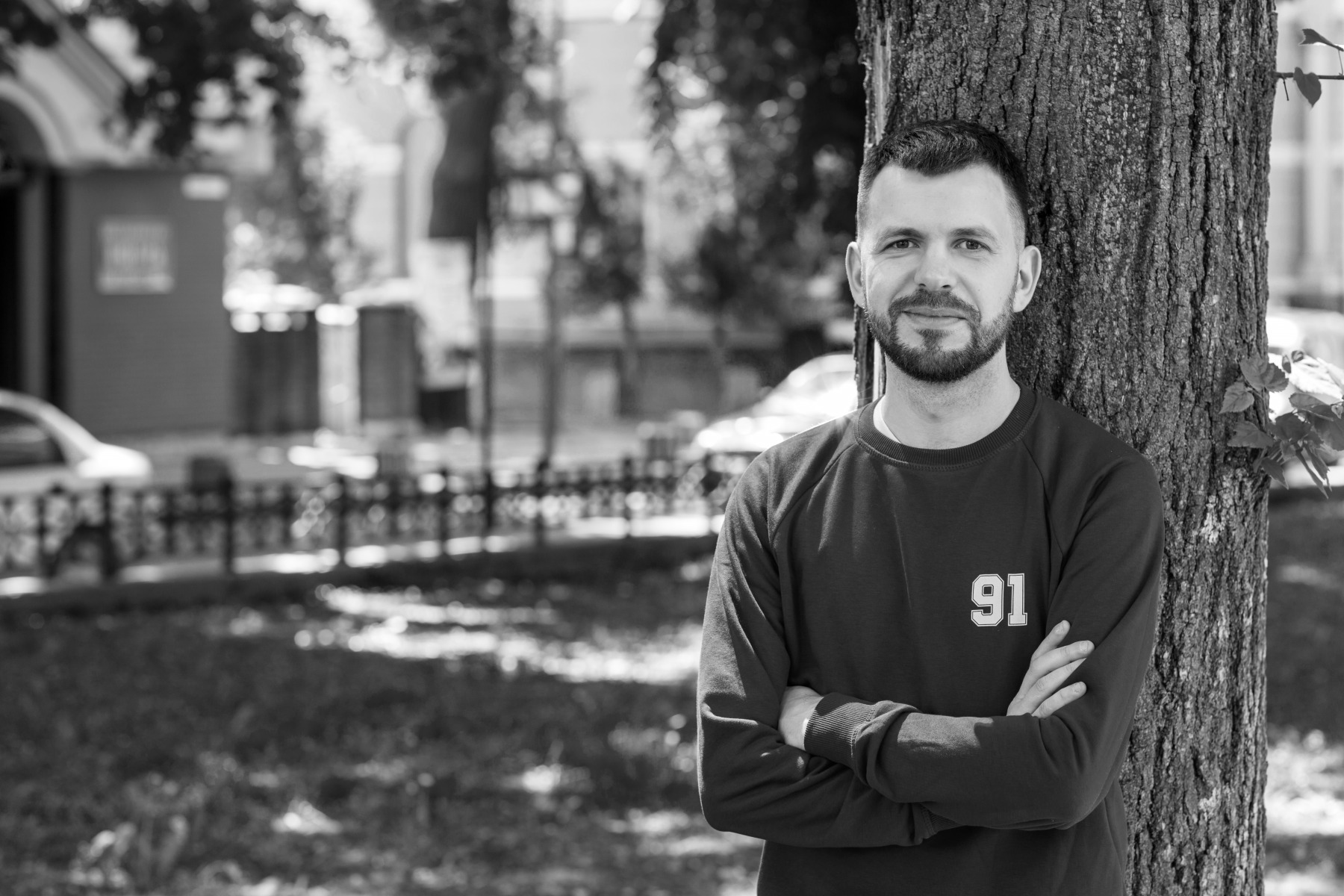 Up until 2008, Yuriy Fylyuk worked as a trader in Kyiv. He ran his own firm together with several friends and enjoyed the past-paced existence of a successful young trader in Ukraine’s bustling capital.

When the financial crisis hit and he found himself out a job, the 34-year-old returned to his childhood city Ivano-Frankivsk, in western Ukraine, to start over from scratch.

With a group of friends, he first opened food trucks selling ice cream and Belgian waffles. Building on the food trucks’ popularity, the team launched a café. Soon, they found himself at the helm of a chain of restaurants in downtown Ivano-Frankivsk.

Despite his business successes, the sense of purpose that Fylyuk had come to find in Ivano-Frankivsk remained elusive.

“After Kyiv, Ivano-Frankivsk felt provincial and the work lacked the intellectual dimension I needed for self-development,” he explains. “After a while I knew that I had to either return to Kyiv or change something here.”

Fylyuk opted for the second solution. He withdrew from business and started reading up on urban development, civil society, and sustainable change. He went on to found Teple Misto, an ambitious initiative to turn Ivano-Frankivsk into a modern, European city offering greater opportunities to its 300,000 inhabitants.

“There are many advantages here: people are friendlier than in big cities, vendors smile at you, you can travel on foot or by bicycle,” he says. “But a city also needs to be dynamic and give people the opportunity to grow. Many young residents here love their city but end up leaving due to the lack of prospects.”

Three years since its creation, Teple Misto has firmly made its mark in Ivano-Frankivsk. The NGO started off by creating a new logo for the city and designing street signs inspired from traditional Ukrainian embroidery and from Ivano-Frankivsk’s striking Art Deco city hall, the Ratusha. It now oversees a host of different projects in partnership with local residents eager to improve the quality of life in their city.

Today, the team consists of 20 people working full time. It is funded through a mix of individual and corporate donations and, more recently, grants from donors such as EED.

As many as 57 local companies currently co-fund Teple Misto on a monthly basis. The funds are viewed as philanthropic donations, with companies receiving nothing in return – the NGO doesn’t carry any advertisements, for instance -- other than the satisfaction of helping Ivano-Frankivsk.

“We encourage people to be pro-active rather than wait for decisions from above, to take matters into their own hands, to join forces to create positive change,” Fylyuk explains.

Our goal is to form a critical mass of pro-active people to foster real, long-term change.”

The platform’s flagship project is Urban Space 100, a unique café that channels as much as 80 percent of its income into initiatives focusing on urban development and social, cultural, and educational initiatives in Ivano-Frankivsk. The café also serves as a venue for various cultural events, presentations, and debates.

Urban Space 100 is a self-sustaining business: the remaining 20 percent of its income is used to cover operating expenses.

To launch the café, Teple Misto appealed for one-time donations of $1,000. The 100 donors who financed the launch now gather every three months to vote on the proposals, most of which are submitted by local residents with no previous experience in social projects.

Fylyuk says the donors stay in close touch with each other on Facebook and represent what he describes as a “precious resource” for Ivano-Frankivsk.

“These are people who were able to save up $1,000, which is a sizable sum in Ukraine, people who want to give back and who prefer giving to initiatives focusing on sustainable development rather than to charity,” he says. “They prove that win-win solutions are possible in Ukraine.”

Recent initiatives supported by Urban Space 100 include a street music festival, a playground for disabled children, a project to translate some of Newsweek’s Top 100 books into Ukrainian, and the painting of city murals.

Fylyuk says both the number and the quality of proposals is rapidly growing. The concept’s popularity has also spread far beyond Ivano-Frankivsk. Just over two years since the café was launched, it has received more than 200 requests from around the world to open franchises.

Teple Misto is currently working with an NGO in Kyiv to open a similar venue in the capital, and it is in talks with local civil society organisations in the eastern Ukrainian city of Kramatorsk and in Berlin.

In Ukrainian, Teple Misto means “warm city.” Fylyuk says the platform, in addition to improving life in Ivano-Frankivsk, seeks to bring out people’s natural kindness and generosity – qualities he says are rarely encouraged in post-Soviet societies.

“We are much better people than we think we are, but we live in a context of rampant dishonesty,” he says. “Running a clean business is impossible in our country and when you go to the doctor, you know how little medical workers are paid and you ask yourself whether the practice of handing them extra money is ethical. The goal of our platform is to create an environment where people don’t face such pressures. We help people free themselves of the images our environment imposes on us.”

Fylyuk, for one, says Teple Misto has transformed his life. Despite the heavy workload – he and his colleagues work seven days a week -- he finds his job deeply rewarding and doubts he will ever go back to business.

Becoming a civil society activist, he says, has also made him a better, happier person.

“I’m a Scorpio and by nature, I’m an explosive choleric,” he admits with a laugh. “This job taught me patience. It changed me for the better and I’m really grateful for it.”