A progressive, pro-peace voice in the Caucasus

Founded in 2017, OC Media has become a reliable and authoritative media outlet in the region. They are now providing quality independent reporting on the Nagorno-Karabakh conflict. 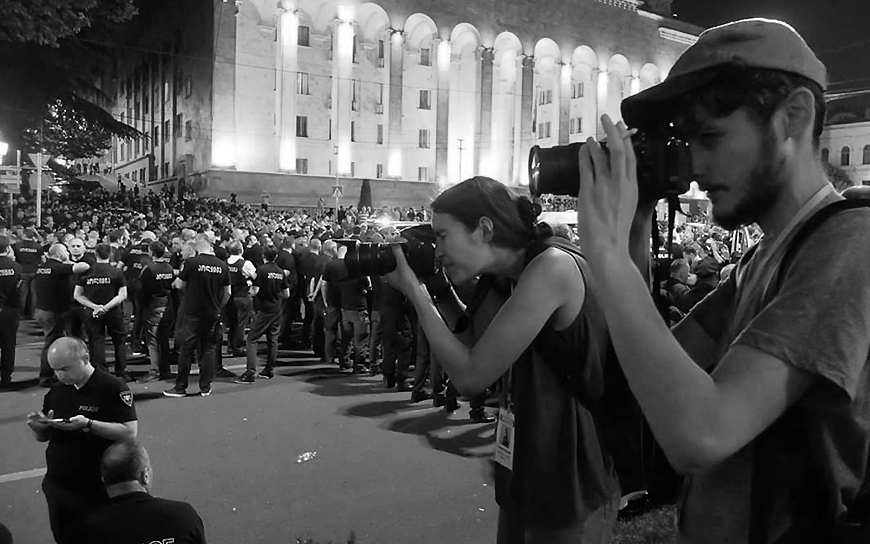 When Dominik Cagara and Mariam Nikuradze, the founders of OC Media, first met they were working at Democracy and Freedom Watch, a media outlet focused on Georgia.

They both felt that there was a gap in the market for an online news platform focused on the region, with news from countries on both sides of the Caucasus mountains: Armenia, Georgia and Azerbaijan, as well as the Russian republics of the Northern Caucasus. They also felt strongly that this media needed to be a progressive outlet as well as being pro-minorities and pro-workers’ rights.

OC Media came into being in 2016, originally under the auspices of Chai Khana, an award-winning regional NGO that focuses on underreported stories in the Caucasus. Ten months after its launch, the nascent online media had gained enough traction to register as a separate entity.

From the beginning, Cagara and Nikuradze decided that their work would be published in two languages: Russian, as a common language in the Caucasus, and English, to bring the Caucasus to the world stage, and also reflecting English’s dominance among the region’s younger generation. More recently, they have started to translate some of their content into other local languages, such as Armenian, Azerbaijani, Georgian and Circassian.

While the OC Media offices are based in Tbilisi, Georgia, the outlet works with freelancers and correspondents based across the region, including territories like Chechnya, Abkhazia and South Ossetia, where more established media outlets struggle to keep contacts. This reach has allowed OC Media to quickly gain a reputation as a high-quality reliable source of news from the Caucasus. 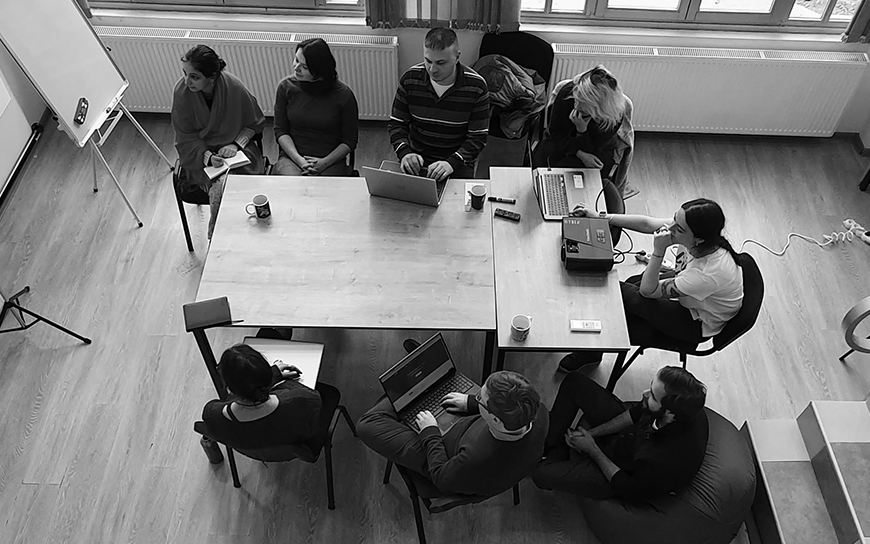 During the past few weeks, the OC Media team were busy reporting the war between Armenia and Azerbaijan for Nagorno-Karabakh. Most of their time is spent fact-checking information and deciding what to publish as live updates on their website, based on news from reporters working in both Armenia and Azerbaijan.

OC Media is not content with publishing the latest developments. “We also want to focus on the bigger picture,” states Nikuradze, “and we want to use our platform to promote dialogue between the two sides.” OC Media has already published several op-eds by activists from both sides of the war, who are challenging the official narratives of both Baku and Yerevan. Several have faced threats and repercussions for their opinions.

This pro-peace outlook extends to the online media’s publishing and working practices: “From the beginning, we made clear to our all correspondents that we would not tolerate hate speech or discrimination in any form,” explains Cagara. “Our goal was professional reporting, not pushing a narrative. Thanks to those clear boundaries, we are now the only media outlet where Armenian and Azerbaijani journalists truly cooperate with each other and work together.”

“Of course, not everyone likes our style”, he points out. On 29 October, OC Media’s website was the victim of a cyber attack and was unreachable for a few hours. The team could not identify who caused the attack. They suspect it might be related to their coverage of the Nagorno-Karabakh war as several other websites in both Armenia and Azerbaijan have been targeted since the beginning of the conflict. 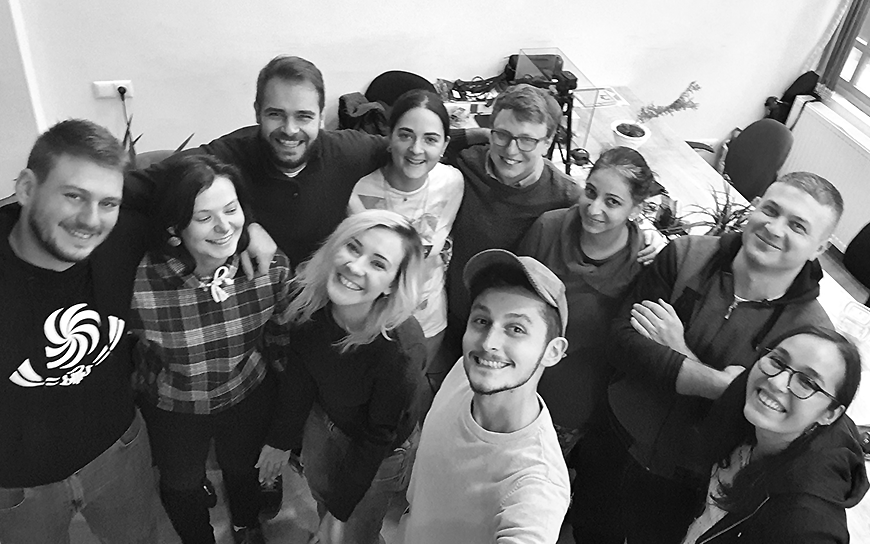 OC Media are committed to reporting on human rights issues, particularly those affecting vulnerable groups: ethnic minorities, workers, and the LGBT community. They challenge mainstream narratives when it comes to queer rights and regularly give activists a platform within the outlet, publishing ongoing testimonies from LGBT people in the region.

The Caucasus is an extremely harsh environment for queer individuals. Last year, they devoted significant coverages to efforts by Georgian activists to organise a Pride in Tbilisi.

One of the most difficult topics they have reported on to date were the pogroms against LGBT people in Chechnya. OC Media shared the heart-breaking testimonials of survivors, and one of the reporters who worked on this story had to leave the country to avoid ostracism and persecution.

“Covering the North Caucasus often comes with a feeling of hopelessness,” relates Cagara. “We can tell their stories, but we always regret not being able to actually change things. It can be extremely frustrating.”

While writers from the North Caucasus often have to work anonymously and at great risk, OC Media believe that by giving these writers a platform, they are also giving them hope and they are giving hope to their readers too. “Publishing these pieces is a way to let them know that they’re not completely alone, that the world is watching,” Cagara admits. 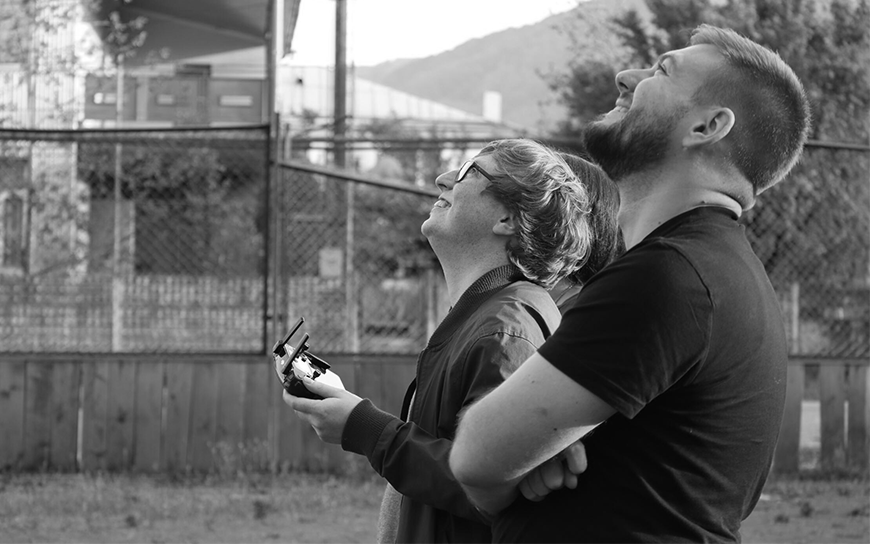 The impact of Covid-19

OC Media tackle many other underreported stories from the region, such as teenage pregnancy as well as the plight of Caucasian immigrants working in Europe , and in all their stories, they try to focus on the personal. “Personal stories are an easier way for people to understand things. It makes them more relatable, closer to their everyday reality and less abstract,” explains Nikuradze.

They also employ this technique when dealing with workers’ rights, another topic that is of primary importance to the OC Media team. They are particularly proud of a three-part report on textile factories in Tbilisi, where one of their journalists worked undercover.

They published this report just as the Covid-19 pandemic struck, when the team’s emphasis changed quickly to providing updates about the pandemic. This has meant putting other projects on hold, such as the launch of OC Lab, a training course for a new generation of young journalists from the Caucasus.

Both journalists acknowledge that their hard work in recent months as paid off, as OC Media has become one of the most trusted sources for high-quality reporting on the region during the pandemic.

Life in the Caucasus is never quiet, and between the peace deal in Nagorno-Karabakh and post-elections protests in Georgia, the team are busy and focused.

“We know we are now considered an authority on the Caucasus. We were struck by how many activists were willing to use OC Media as the platform to express their pro-peace perspective, despite the risks they faced at home. Today, we are working to build a community of peace and we will keep giving people courage,” Cagara concludes.