The motto of Citizens Channel is: ‘From the citizens to the citizen’, an approach that its director Lorin Kadiu is determined to maintain as it marks its first official year of operation, despite the mounting challenges of operating in a shrinking Albanian media space. 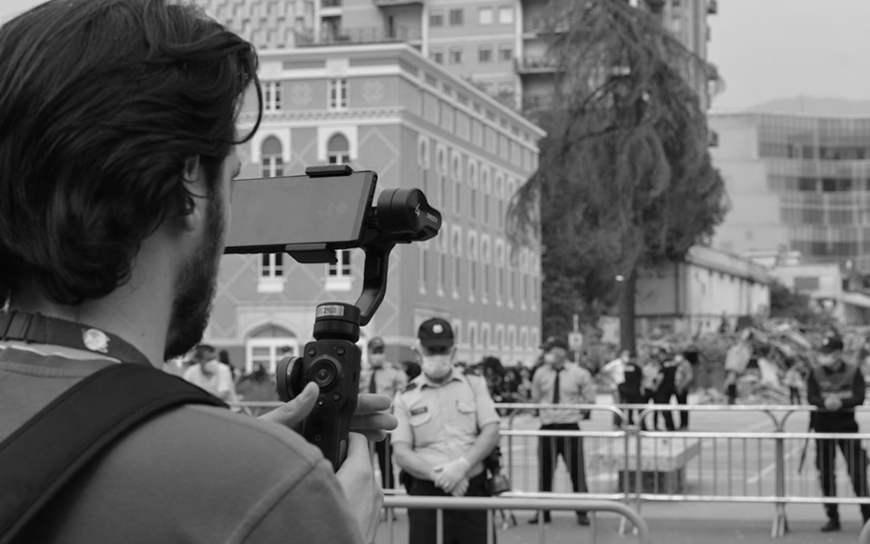 The Citizens Channel is focussed on providing community-focused news and engaged journalism. “We do not see news as something simply consumed by our readers; our readers participate in the news. We give voice to communities that are usually silenced in our country and we air issues that are rarely discussed,” says the channel's director Lorin Kadiu.

With its four-person team, Citizens Channel is one of the few remaining independent media in Albania.

Crackdown on media in Albania.

Speaking to EED from his office in Tirana, furnished and equipped thanks to an EED grant, Kadiu explains that in the aftermath of the 2019 earthquake, the Socialist-led government under Prime Minister Edi Rama began a major crackdown on media. Journalists are now regularly targeted and can even be arrested for social media posts.

He relates that in December 2019, an ‘anti-defamation’ package of draft laws was pushed through parliament. Introduced ostensibly to prevent fake news, he argues that these laws are instead intended to muzzle media. The proposed legislation will increase censorship and make journalists more vulnerable to government pressure as the authorities will have the power to demand online media outlets to retract news, force them to suspend activities and will be able to impose huge fines.

These proposed laws were met with a huge outcry from local and international NGOs and from the international community, with the Venice Commission of the Council of Europe recently coming down strongly against the draft legislation. However, Kadiu notes that the Socialist-led government is still trying to ensure the legislation is passed and many voices have already been silenced.

It has also become more difficult for journalists to demand accountability from the authorities in a country ranked as the most corrupt in Europe. “We make regular freedom of information requests and we wait months for replies; often, we never receive one. Last April, we put in a request for information about the procurement process for hotels assigned for the two-week official quarantine for people arriving into Tirana. We suspected that most hotels were owned by individuals or businesses linked to the ruling party. We only got a reply in July, four months after the initial request, and they failed to answer many of our questions,” he explains. 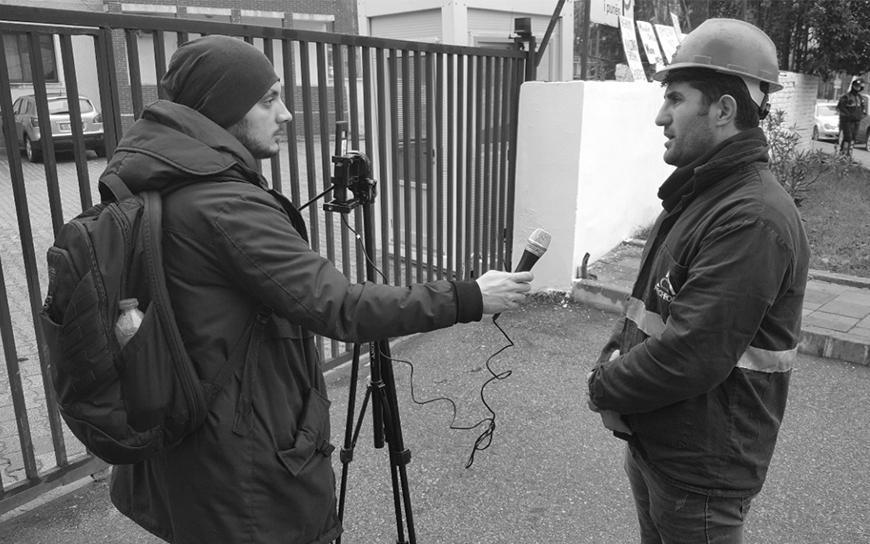 Media freedom has worsened further during the Covid-19 pandemic. “The authorities are doing everything in their power to centralise all communication with the population and to take the media’s place. Early on, the government adopted a slogan that this was ‘a war against the virus’, and they saw the media as part of the virus. Imagine a country where the prime minister sends messages to private individuals telling them not to trust the media. That is what happens in Albania. Or where people get their news from state-controlled Facebook pages, news that is never backed up by official statements or legislation,” he relates.

Kadiu admits that Citizens Channel was badly hit by the restrictions imposed during coronavirus lockdown. The team worked from home, but the lack of public transport made it difficult to follow up on stories. Despite these odds, they remained active throughout the period and are more determined than ever to give voice to groups usually ignored in other media.

The outlet has given much coverage in recent months to the student protests about lack of transparency in elections to student bodies as well as to difficulties faced by both high-school and university students in accessing online learning during the lockdown period.

They have also given much space to the issue of labour rights. They covered the recent public transport unions protests, as workers resisted a return to work in the absence of a deal with government. 17 protestors were arrested in what was labelled an ‘illegal gathering’ by the authorities. They have highlighted the poor conditions of employment for young journalists, as many are stuck in a rut of unpaid internships with no opportunity for paid employment, and they engaged with over 600 students on this issue.

Citizens Channel is also one of the few media outlets to address family and gender issues as well as those faced by minorities, highlighting sensitive issues such as domestic violence, abuse of minors, challenges faced by rural women and the constant objectification of women in the Albanian media – all subjects usually considered taboo. 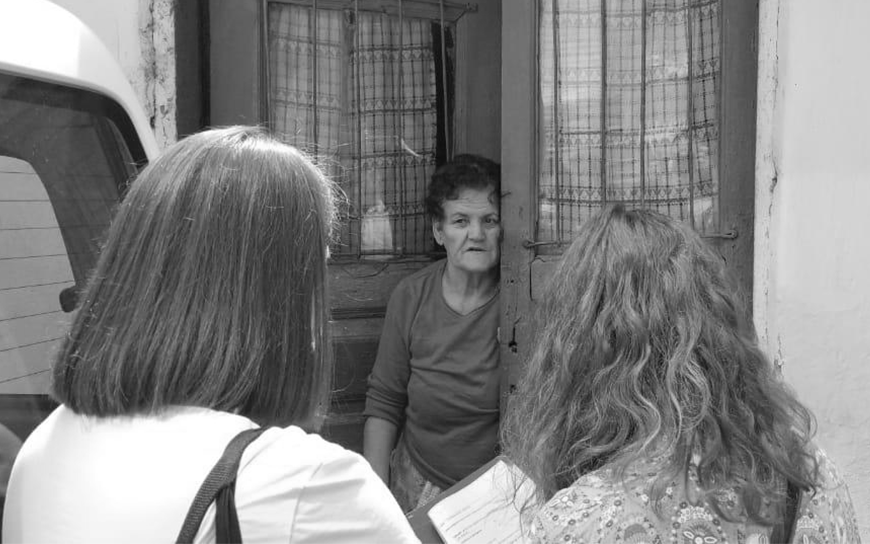 Destruction of National Theatre in Tirana

An important topic of interest for Kadiu and his colleagues is that of media freedom and freedom of speech and assembly. Citizens Channel’s journalists collaborated closely with the activists who demonstrated outside the National Theatre in Tirana when the government announced plans to demolish this historical theatre and a controversial re-construction contract was awarded to a developer with close links to the current government.

“For two years, the activists campaigned peacefully against the demolition of the theatre. The authorities did everything in their power to stop them, particularly during lockdown, imposing fines if they left their houses during curfew and confiscating their driving licences. In the end, they acted violently, dispersing the protestors with pepper spray when they arrived at dawn to demolish the building on Sunday the 17th of May, while the country was still in lockdown. They arrested dozens of people. Worse still, they began bulldozing the building when there were still activists inside,” he relates. The theatre’s demolition was widely seen as a further attack on democracy in Albania. 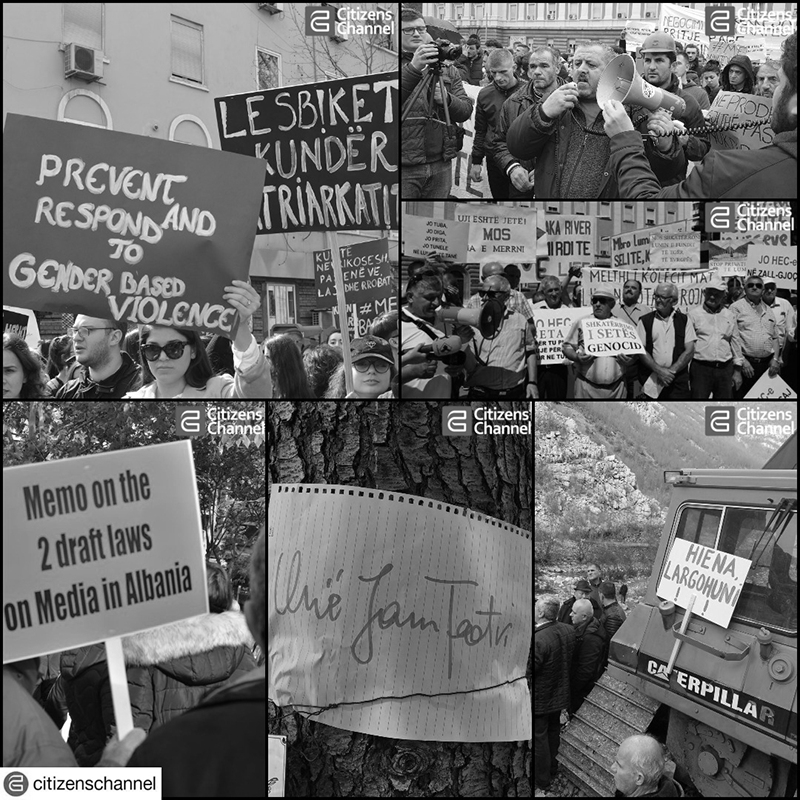 Over recent months, the channel has also given much space to public infrastructure issues and to protests by local communities. The outlet is supporting several local rural communities who are resisting the construction of hydropower plants. A loophole in the legislation means that if smaller plants are built, the usual procurement and planning procedures can be ignored.

They recently developed a new platform called Citizens Urban Stories, with an online map of historical buildings risking decay or destruction. These are often the villas dating back to the late nineteenth and early twentieth century that form the architectural backbone of Tirana’s graceful architecture, that are often pulled down with little notice. Kadiu admits that eight such buildings were destroyed during the lockdown period.

Developing next generation of engaged journalists

Kadiu explains that as a media outlet focused on engaged journalism, media outreach work is an important part of their activities. A group of 25 young journalists are following a six-month traineeship programme aimed at building their journalistic knowledge through modules on topics such as media literacy, media law, regulation of the media, multimedia and editing.

He acknowledges that the situation remains tense in Albania. The country is at the brink of economic collapse. Confirmed cases of coronavirus remain high yet the government is continuing to hold what Kadiu refers to as ‘PR events’ such as politically-backed concerts and gatherings, while banning all other public protests. There is much confusion among the local population about what is allowed and what is forbidden, a situation the authorities are fuelling via their ongoing social media posts.

Thanks to EED support, Citizens Channel have attracted a wide readership over the past year. Kadiu explains that they are increasingly using video reportage and optimising their use of social media. They have begun to develop a system of registered membership to engage with more readers and are exploring possible crowd-funding and more community-based reporting. He is determined that the Citizens Channel will continue to report on what is really happening in the country in order to give a voice to the disempowered within Albanian society.