Using theatre to deal with the past, present and future of the youth in Bosnia and Herzegovina

From the siege of Sarajevo to the Covid-19 pandemic, Sarajevski Ratni Teatar (SARTR) has worked with young people to give them hope and make them reflect upon human rights, freedoms and memories of the past. 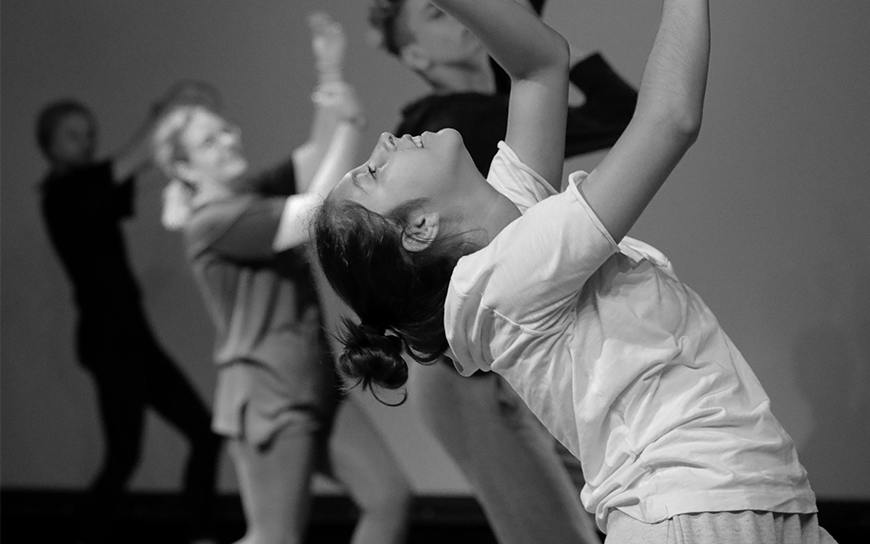 Since its inception in May 1992, only two months after the beginning of the war in Bosnia and Herzegovina, Sarajevski Ratni Teatar (Sarajevo’s War Theatre) has represented a beacon of hope in the darkest of times. During the four-year-long siege of Sarajevo, the longest blockade of a capital city in modern history, the theatre was a small oasis of normal life, never stopping its performances.

Twenty-four years after the end of the war, Sarajevski Ratni Teatar is still giving hope to young people in Bosnia and Herzegovina, this time during the Covid-19 crisis. For their latest project, funded by EED, they are working on a group of young people to make them reflect upon what freedom means for them.

“In a way, the coronavirus pandemic is the perfect time to reflect upon freedom,” says Ishak Jalimam, producer at SARTR, “the restrictions, the police in the streets, the curfew from 8 pm onwards: for the first time, these teenagers, who did not live through the war, are experiencing having their freedom taken away.”

While social distancing measures are in place, the participants are continuing the project remotely, recording short videos that will eventually be incorporated in a theatre performance. 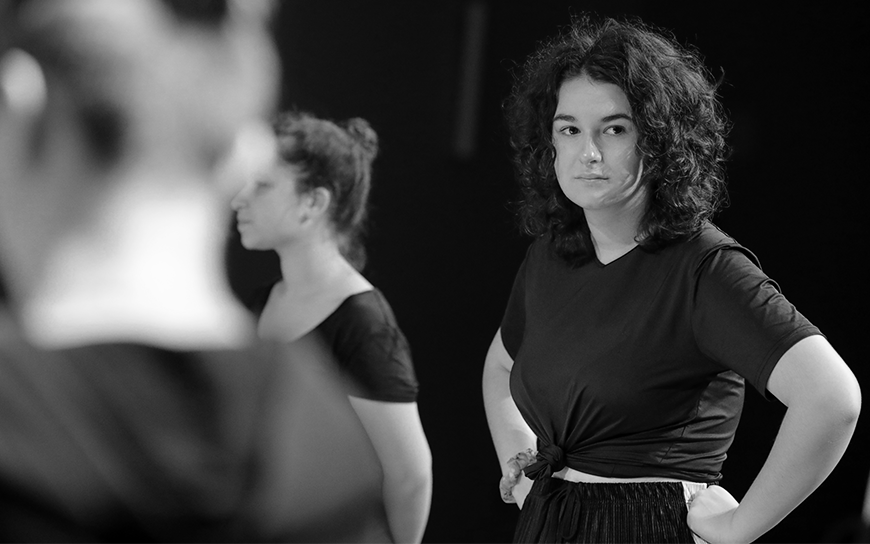 Teaching a critical approach to freedom, war and the past

The idea of the videos was born as a way of giving the younger generation a tool for dealing with the past. The trauma of war is still a fresh wound in Bosnia and Herzegovina, and it is next to impossible to start a conversation about human rights and personal freedom without referencing it.

“These 18-year-olds did not experience this trauma directly,” explains Jalimam. “We want to discuss their personal lives and stories, not the entire country’s past.”

“We don’t shy away from discussing the war, but we also do not force it upon our participants,” adds Emina Adilovic, facilitator for the project.

The topic of war will inevitably come out at some point, admits Jalimam, but SARTR want it to happen organically, without pushing an agenda. The young people are invited to experience what for many of them is an unprecedented level of freedom. While they shoot their short movies, they are free to do their own research on freedom and war, free to learn how to seek information from official statistics and to gather stories of the past from their parents, neighbours and community.

Freedom, however, comes with risks; the biggest one, getting caught in the disinformation war.

Fake news, about both the war and Covid-19, are proliferating in Bosnia and Herzegovina. SARTR have a very delicate task on their hands. “We are trying to mentor these teenagers while leaving them free to decide,” states Adilovic. “We do not want to give them answers, but our goal is to teach them how to think critically.” 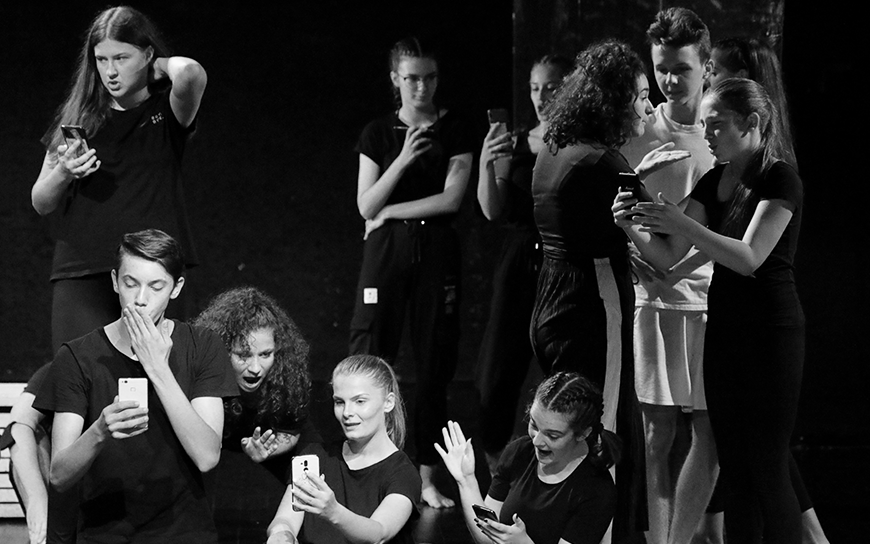 Using the psychodrama technique to deal with the past

The second phase of the project, once the videos are completed, will consist of developing theatre performances with the participants. SARTR has already conducted workshops in five different cities under the guidance of Tomi Janežič, a theatre director and psychotherapist specialised in psycho-drama.

SARTR makes a point of also working in regional cities around the country, where there are fewer opportunities for young people than in the capital. Thanks to contacts they have built up during drama festivals in previous years, they are able to reach a wide network of schools and students.

Covid-19 has partially hindered their plans. No public activities with more than 50 people can be conducted, so SARTR have to work in smaller groups. They are already making contingency plans to work remotely, doing online workshops if needed, and they are ready to postpone the performances until the end of the year.

But they are not planning to stop, just like they did not stop during the war.

“With the pandemic, young people don’t have much to keep them busy,” states Adilovic. “So it’s important to keep them engaged and to make them reflect upon social media, freedom and sharing information”.

For this project SARTR were interested in making young people think about their inner life, which is why they chose to employ the method of psychodrama, which explores the actors’ psyche and internal conflicts through a series of drama techniques such as role-playing.

“It’s a theatre for the actors more than for the public”, explains Jalimam. “What’s really important is the process, not the outcome. The actors in this project are not actual actors, they haven’t necessarily got experience in theatre, but the performance works because they are not reciting someone else’s script. Instead, they are dealing with their own thoughts and experiences and bringing them to the play. They’re not acting a role, they’re creating the performance”. 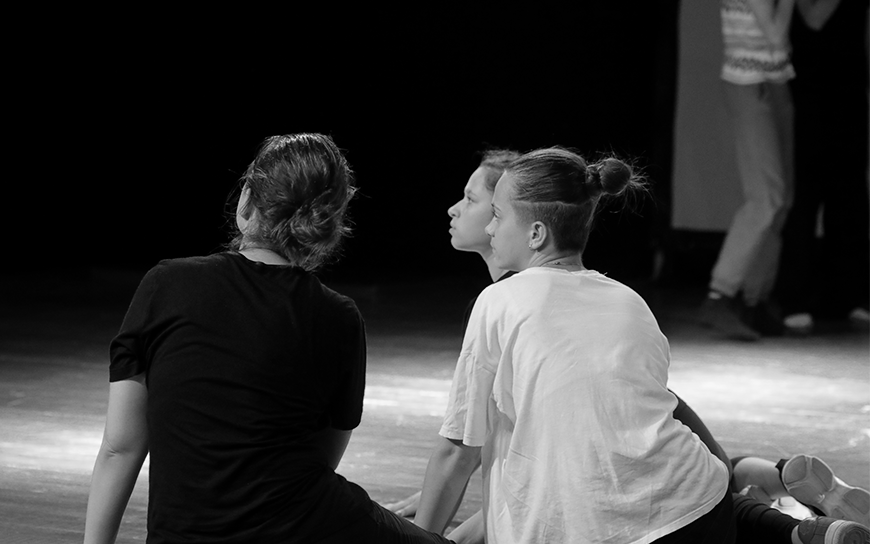 The future after Covid-19

For SARTR, theatre is a means for the young participants to reflect upon themselves and their life in a way that they’ve never done before.

Despite the coronavirus pandemic, SARTR are already thinking about what to do next. They want to tour around the country with the final performance for this project as soon as it is possible to travel again. They want to hold roundtables and seminars with teachers, explaining their approach to theatre which is not just about learning lines, but about a process, a journey.

They will do everything remotely if necessary, but their goal is to have young people reflect upon human rights and freedom in their daily life. “This task will never be finished, there will always be people participating,” concludes Jalimam. “It’s like reading a book you love and wanting to continue adding sentences to it.” 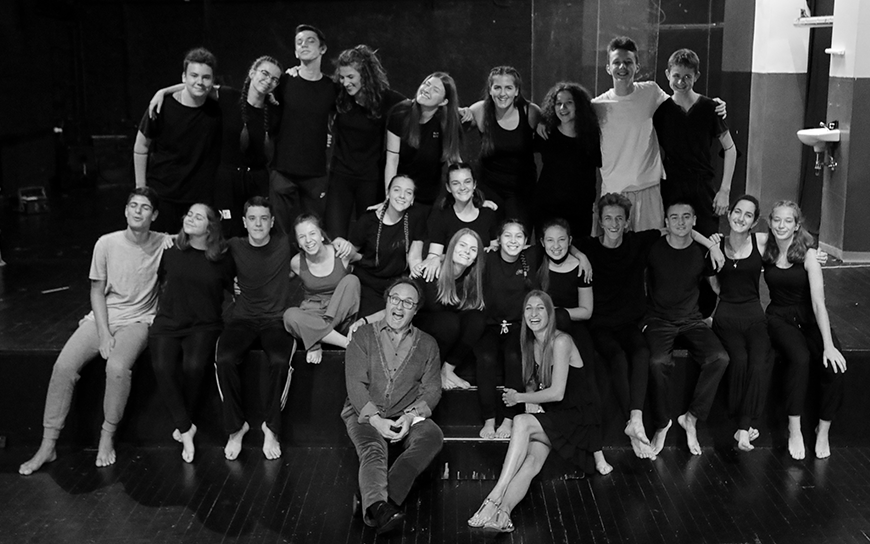