Breaking limits in the Middle East

Al Hudood in Arabic means “borders” or “limits”. The satirical news site of the same name daringly tackles social and political issues in the Middle East, breaking taboos with a sharp dose of humour. 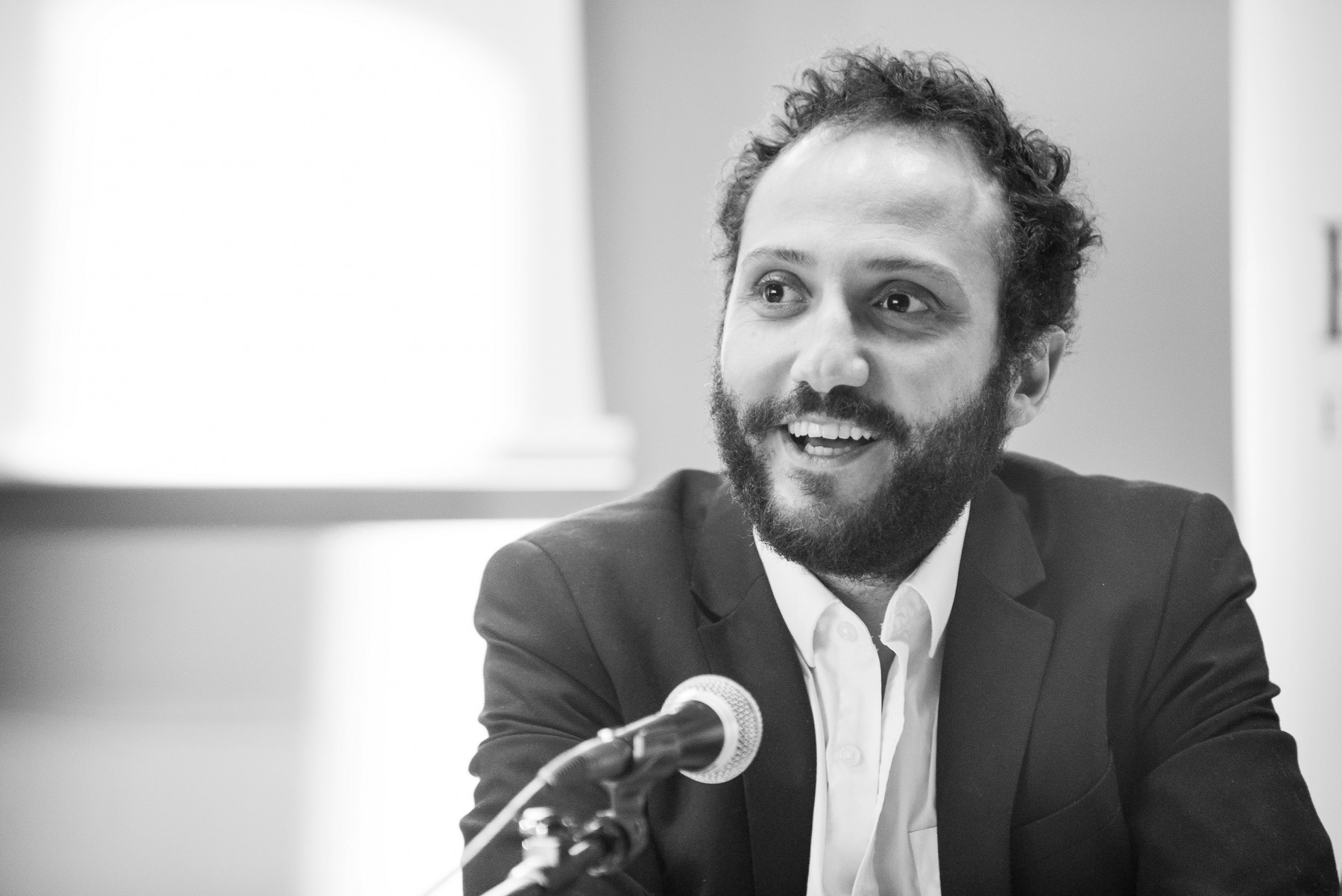 It all started when yet one more ludicrous political event triggered Isam Uraiqat, Al Hudood’s co-founder, to make a call to his friend.

“While nothing particularly out of the ordinary, this particular incident got us thinking that what we really miss in the Arab world is a satirical news site, to mock absurdities of everyday life here. And this is us who should be doing this.”

One night and a couple of drinks later, Al Hudood was born.

Beginnings are not always rosy

The platform was up and running within a month. Since then, the lives of co-founding partners, all professional writers by trade, have changed beyond recognition.

Let’s see what we can do with this for 1 year, that was the initial deal,” Isam explains with a perfect British accent coupled with Jordanian charm.

Still, running the outlet during its initial phase without any funding, working voluntarily 6-7 hours a day, the founders started having dark thoughts about dying out within a year. Everything seemed to be going against the odds – nobody wanted to advertise with Al Hudood as they were simply too controversial. Potential investors shied away, fearing that the site could be shut down at any minute.

On the verge of despair, the team turned for help to, who else, but Google.

And that’s how we came across the European Endowment for Democracy (EED). These are the people we need!” laughs Isam. “On a serious note, though, we would not have survived without EED’s support.”

Life is not always rosy either

The Jordanian government put Al Hudood’s registration on hold for about a year and a half, before an eventual rejection. After some discussion, the group decided to register in the UK, which involved more months of bureaucracy. Finally, all the efforts paid off and Al Hudood became official two and a half years after its launch.

Clashes with the Jordanian government continued. Following the release of a seemingly innocuous piece on Saudi Arabia, Uraiqat was accused of “disturbing relations with neighbouring countries”.

This led Uraiqat to have a serious talk with his team, whether they should tone down the content. Their response was a resounding no.

“We are not here to pull back,” Uraiqat recalls the conversation with his colleagues. “They actually threatened to leave if we held back.”

The outlet now produces a steady stream of satirical news stories and cartoons, using sarcasm and derision to reveal serious issues in one of the most volatile regions in the world.

With so much to ridicule, Al Hudood’s editors have a hard job choosing their subjects.

We talk about anything that’s a topic of conversation across the Arab World”, explains Uraiqat. “We don’t discriminate when selecting our targets. We also highlight issues that don’t get the attention they deserve from the mainstream media.

"For example, who cares about Yemen?” he asks rhetorically. “We force ourselves to highlight these issues, and do so in a funny way. One of my favourite articles in this category is Man feels sad for Yemenis right after realising Saudis don’t make any mistakes and Yemenis deserve to die. It is a commentary on the fact that people associate Saudis with the final authority or religion itself.”

The response has been staggering. On Facebook, they now have a quarter of a million followers.

“We activated comments from readers to capture a general consensus – and found that 90% of comments are positive about our work. The remaining 10% though hate us more than anything!

We respond to every single message, even the profane. At the end of the day, it is important to create a conversation. We don’t want to shut anyone out, even the trolls.”

As a result of this ‘social crusade’, the team has witnessed loads of people turning from ‘shamers and blamers‘ into massive supporters.

“And that is the whole point of what we are doing – changing mind-sets”, explains Uraiqat. “In the Arab World, the audience is used to government media machines, telling them what they should think. Whatever is reported, the audience takes it as fact. What is important for me is to show people that when they read the news they should treat it as a subjective commentary, not necessarily the ultimate truth.”

When asked about the biggest challenges Al Hudood has faced, Uraiqat exclaims, “My God, there are so many!”

“From the start we’ve had people telling us, ‘You can’t say this, you can’t criticise that’. For us, though, nothing is off-limits. Dealing with the authorities was almost a piece of cake compared to getting the audience on board and facing daily death threats from some of the more ‘enthusiastic’ readers.”

Making the outlet financially sustainable has also proved difficult. Al Hudood’s edgy brand of comedy makes many international organisations uncomfortable with providing funding. EED’s support has been a lifeline in this respect.

Another massive challenge is finding people to join the crew.

“It has taken three and a half years to get a full time person on board. The controversial side of the outlet scares off many potential candidates,” said Uraiqat.

It is also a struggle to find the right people.

“We need to make sure that we’re transferring a message, and not just poking fun. The ultimate role of the satire is to stay balanced. This is extremely difficult to achieve.”

Despite the struggles, Al Hudood’s founding father is far from giving up. His dream is to have a network of few hundred writers from across the Middle East, just to make sure everybody is equally mocked.