In the age of information overload and fake stories making us question the truth, Sowt (“voice” in Arabic) goes back to the roots. Reaching out to real people, this audio podcast offers an intimate experience touching upon some of the most critical issues troubling the Middle East. 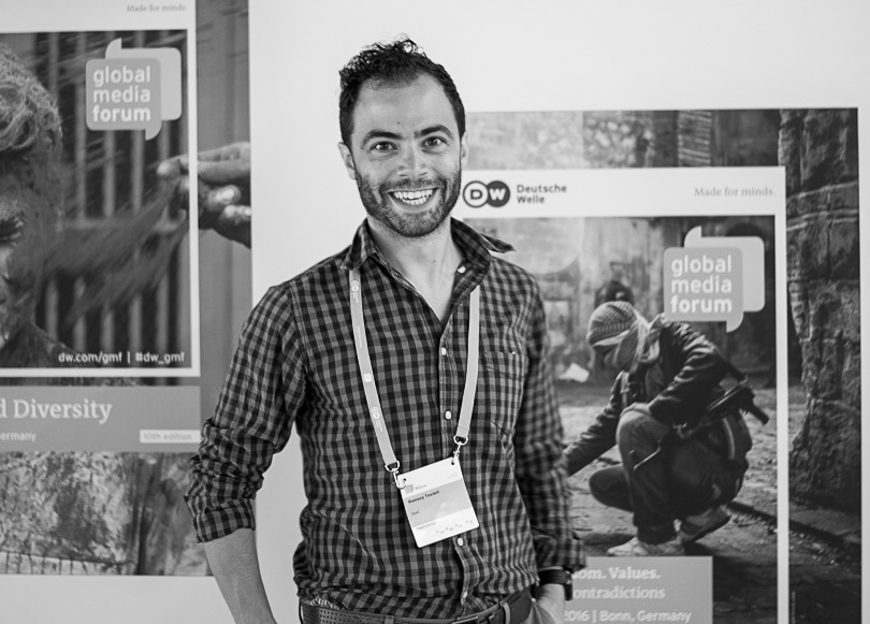 “I’ve been interested in audio storytelling for quite a while. I find radio very powerful, but as a technology it hasn’t really evolved over the last 50-60 years”, explained Ramsey Tesdell, a managing partner at Sowt.

An experienced media development professional, in 2016, Tesdell convinced a friend to bring Sowt back to life. The organisation was not growing as quickly as they hoped, which led to the founders shutting it down.

Tesdell put forward the idea of changing the outlet into a podcast and a few months later Sowt was re-born.

"We are experimenting with different formats and styles, voices, sound. It’s been fun to play and produce a high quality product, which has exceeded expectations in many respects.”

The power of audio

In the fast pace of modern life, audio remains an extremely important medium, not least as a vehicle for compelling storytelling. It ensures a more intimate experience than short clips posted on social media, trending in the digital reality in which we are living.

“And this is what we are trying to do,” emphasises Tesdell. “We are trying to modernise radio by pushing through new formats and styles to create a really powerful story.”

The intimacy of audio is also a crucial factor for the interviewees Sowt approaches.

“If we were recording a video interview there would be a big camera, lights, technicians, many people around - all intimidating and scary. And we are asking people about their sex life, about moments of personal trauma – divorce, abortion, coming out being gay in front of your parents – these are not moments that would play very well with a big camera in your face.”

Sowt has the edge over other outlets by providing complete anonymity to their protagonists. There are a few interviewees whose identity has not been disclosed even to the entire team, only the journalist assigned to the task knows the person by real name. This way the podcast attracts the right people who are willing to share their personal story on the record.

The power of human voice

With a small microphone, few trusted journalists and an intimate setting, Sowt came into the world to have a real conversation with people.

“Working in journalism can be really dehumanising. You hear so many stories or loss and death that you block out your emotional filter at some point. At the same time, the goal of journalism is to make the stories as human as possible, to make sure the rest of the world does not get dehumanised”, Tesdell explains.

Letting people speak for themselves seemed like the best way out to achieve this tricky balance.

“The first episode of our show Blank Maps was about this Sudanese woman who was raped in a prison camp in Sudan, and then came into Jordan without realising she was pregnant.

She was such a powerful voice, an amazing storyteller, emphasising certain aspects of her narration by making noises, clapping her hands. You could let her tell the story with a very little intervention from the journalist. And people loved it. To this day it is one of our most listened to episodes.”

Feedback has shown that people are intrigued by these kind of personal stories that do not typically get a hearing on mass media.

“This is what we do. Not just trying to give a voice, literally, but essentially provide an in-depth narrative storytelling format, so that other people can feel inspired by these stories,” elaborates Tesdell.

These often heart-breaking narratives of people dealing with divorce, abortion, religious barriers are a window to the broader social context and taboos ever present in the Middle East.

Some episodes of the podcast series have triggered moderate criticism. People claimed the producers should have put them more in the socioeconomic or religious context – which Tesdell explains is something that he has always resisted.

“We want these stories to speak for themselves. I do not want to tell people, ‘this woman had to have an abortion because she couldn’t marry someone of a different religion’. You just hear her voice.”

The future of podcasts

Mapping the audience is what the Sowt team is trying to crack these days.

“We have a pretty good idea of who is and who should be listening. What we see is a mostly younger digital audience. As we are trying to broaden outreach to non-digital older generations, for example by working with radio stations to distribute our content. But we need to convince them to stream sometimes controversial stories.”

Sowt has also been approached by several organisations, including Al-Jazeera and Médecins Sans Frontières, to either reproduce their content or produce podcasts on request, marking the next step in their media lab.

The crucial question arises, what will come out of this experiment in the future?

Tesdell perceives Sowt as a part of a long-term strategy of developing independent media that can provide a viable alternative narrative to mainstream content. The ultimate goal is to push the Middle East towards a more democratic, progressive and justice-based society.

Yet, according to Tesdell, it is people and their stories that will always remain at the heart of Sowt.