A Lebanese-based media platform is at the heart of a new momentum in pan-Arab independent journalism. Founded by seasoned journalists, the award-winning media platform Daraj, has already made a name for breaking big stories and for the quality of its reporting. 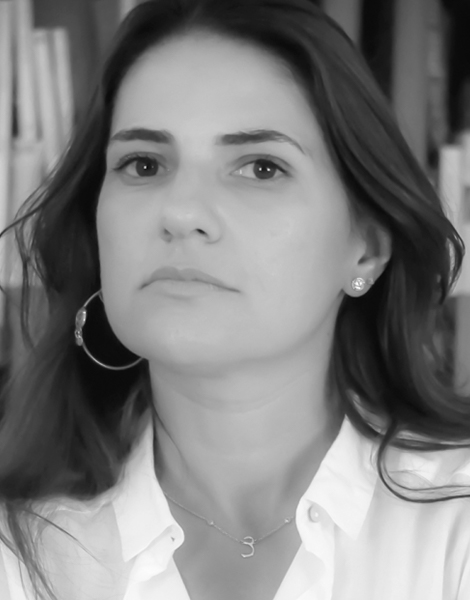 It was Alia Ibrahim’s experience as a journalist during and in the immediate aftermath of the Arab Spring in the early 2010s, and that of her fellow-journalists Diana Moukalled and Hazem Al-Amin, that convinced them of the need to set up a new independent pan-Arab media outlet.

“I worked as a news correspondent for Al-Arabiya News during the Arab Spring and I travelled across the region, from Tunisia to Yemen, Libya, Egypt, Bahrain and Syria covering events as they unfolded,” she recounts in interview with EED from her Beirut home.

“I could see first-hand how much potential there was and how hungry people were for reform. But we all saw what happened to the Arab Spring. There was a real sense of frustration at its failure despite our initial optimism. This failure was not just due to politics; it was also due to the lack of proper infrastructure in the Arab world that you need for democracy to survive and thrive. We lack a free judiciary; and we don’t have objective journalism or proper accountability.”

She, Moukalled and Al-Amin, all seasoned journalists with many decades of experience between them, decided that they were going to bring the kind of independent objective journalism they valued to the Arab world and that the region’s population craved.

‘Stepping out of a deep hole’

Daraj, which means ‘steps’ in Arabic, was launched on 1st November 2017 as the first pan-Arab digital media platform that is both independent and innovative. Its naming was deliberate; Daraj’s co-founders saw the platform’s establishment as a step ‘up out of a deep hole’ as Ibrahim puts it, for Arab media.

Daraj is not funded by any of the dualities that usually dominate the media scene in this region, where media are usually economically supported by Saudi Arabia or Iran, Sunni or Shia interests, Assad or Isis. The platform’s impartiality also prompted its tagline: ‘third story’, pointing to the objective reporting based on facts and high professional standards that sits at the heart of its journalism.

Ibrahim and her co-founders were determined from the outset that Daraj would be editorially independent, and they knew that this would only be possible if it was financially independent. The platform’s business model envisages commercially-driven content that will fund their signature reporting: impact-driven pieces which include investigative journalism and coverage of underreported themes such as gender, LGBT+ issues and the situation of minorities within the region.

In 2017, seed grants from both EED and the Independent Media Support (IMS) enabled the launch of the new platform and EED remains a key supporter of Daraj to this day, with a current EED grant helping to cover core costs such as staffing.

Today, Daraj also produces sponsored content in line with their principles, including a recent campaign for International Women’s Day for UN Women. They are also currently working on a common advertising alliance with other independent media outlets from across the region. 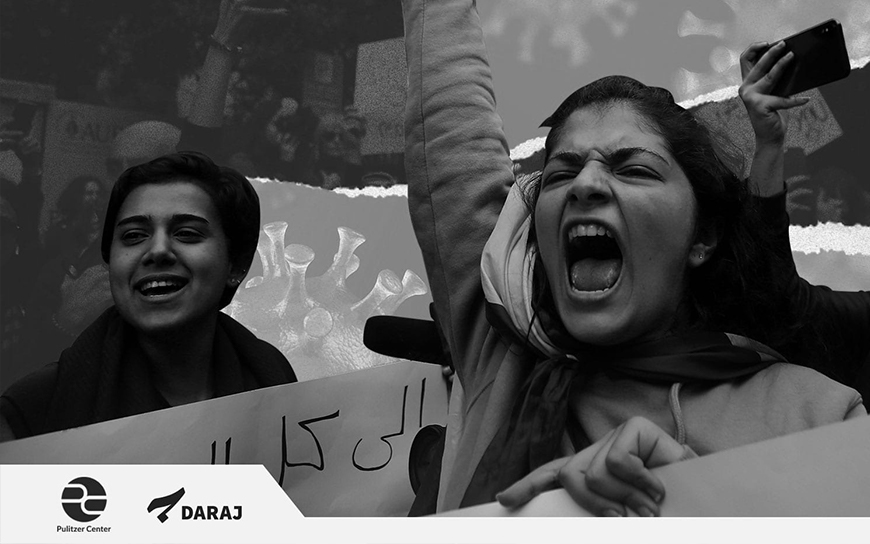 Empowering journalists and giving them a space to write

Daraj has enjoyed huge support from both journalists and its readership from the outset. “At the start we were a team of six, and we had 20 more journalists working for us from the region. Our focus has always been on empowering journalists and providing them with a space to write. With Daraj, journalists have the freedom write what they want to write, but any article we publish must be professional, objective, fair and impartial. We have very high reporting standards,” Ibrahim relates.

Daraj’s involvement in the investigation and publication of the International Consortium of Investigative Journalists (ICIJ) Paradise Papers, as one of 95 media partners from throughout the world, certainly helped to quickly build its profile. This global investigation revealing the offshore activities of some of the world’s most powerful people and companies was published in media outlets simultaneously on 5 November 2017 at 20:00 Beirut time, just four days after the platform’s official launch.

Today, Daraj has expanded to a team of 12 journalists based in Beirut and a network of over 330 journalists from 50 different cities across the world. Ibrahim is particularly proud of Daraj’s work to empower other Arab journalists through their collaboration with independent journalist networks from neighbouring countries. This networking is at the heart of Daraj’s ambitions, as many of the topics the platform covers are relevant to audiences from throughout the region.

Ibrahim notes that the move to digital media in journalism has also opened new possibilities. Digital media do not face the same high costs as broadcast media, and the new platform could network digitally with a wide network of journalists throughout the region without any need to travel. Also, there remains a dearth of high-quality online content for Arabic speakers, who make up 6 percent of internet users worldwide.

The past two years have been a steep learning curve for the Daraj team, and Ibrahim admits to many mistakes along the way. “After decades of being a journalist fighting management, suddenly I was the management. I had to learn how to run a business and manage a team,” she says. The platform is becoming increasingly strategic in the way it plans its content and in the distribution of tasks among the team.

Some of Daraj’s investigative articles over the past period have been particularly impactful. In 2018, it published a story about a sex for food scandal in the delivery of food aid as part of a United Nations programme in Syrian displaced persons’ camps, which led to an international investigation.

Another story published in 2019 exposed a major corruption scandal in the army and among the largest companies in Algeria. The writer was unable to publish this exposé in Algeria, but his Daraj article was subsequently reprinted throughout the Algerian media.

More recently, Daraj broke a story about alleged corruption at the level of the Central Bank governor in Lebanon, Riad Salameh, that went viral throughout the region’s media. For weeks, the team had investigated a leaked document that claimed that the governor had amassed a personal fortune of over $2 billion, hidden in overseas bank accounts. They halted publication of the document as they were unable to corroborate its source until the governor himself claimed that it was ‘fabricated’ by a French company he intended to sue. In the end, he sued Dima Sadek, the journalist who exposed the story in a video posted by Daraj.

Despite remaining small by Arab media standards, Ibrahim says that Daraj is now recognised as an important player in the media landscape across the Arabic world and beyond. There are now 387,000 unique visitors to the website every month and some of Daraj’s articles are also republished by the prestigious French journal Le Courier International.

These two years have also proven that Daraj’s founders’ vision was prophetic. “I see what freedom does. I see how much more you can do when you are really an independent media. When you don’t have to answer anyone on editorial lines, on content or on the stories you cover, you can do so much more. We are building new trust in the media, despite or maybe because of authorities’ clampdown against journalists throughout the region,” she says. 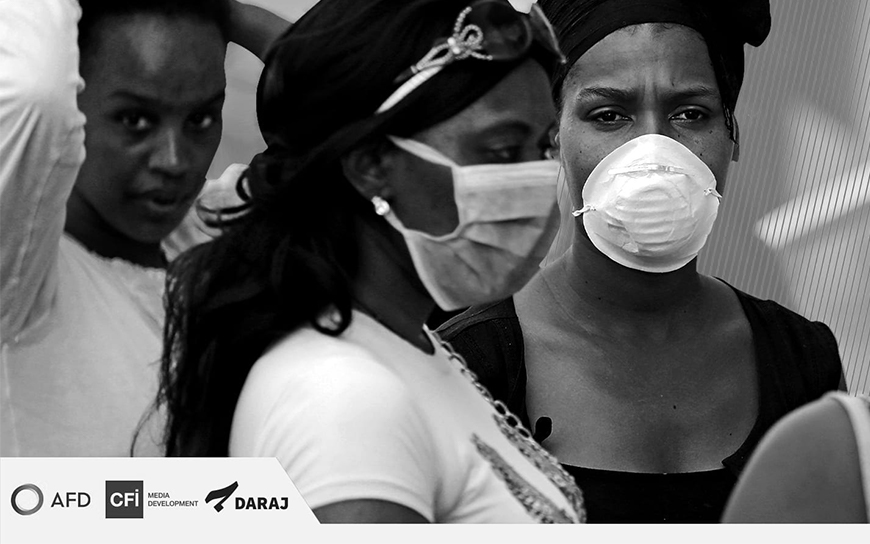 Today, during the Covid-19 epidemic, Daraj’s team are working remotely connecting via video conference for daily editorial meetings. Around half the platform’s articles have a Covid-19 angle currently, and it is clear they are providing the content people want, with readership figures up 49% in March alone.

Ibrahim notes that this lockdown has also created new opportunities for networking and collaboration. For instance, Daraj has now instigated a new collaboration with the Arab Reform Initiative, a policy think tank that produces academically focused articles targeted at policy makers. Daraj have taken on the task of turning some of these articles into stories that are accessible to the average reader.

Above all, Ibrahim is convinced that this period of crisis has proven yet again the important role that independent media must play.  “In times of crisis, people crave credible information. This crisis is proving this yet again,” she notes. She has ambitions that Daraj will play a central role in the future of independent media in the region. All they need is a realistic vision, time and patience.