A former academic is leading a project to help build the capacity of Turkey’s solidarity academies, which are providing alternative spaces of education and resistance for the country’s dismissed Academics for Peace. The coronavirus crisis is further clarifying the important role these academies can play in preserving academic freedom and the production of knowledge. 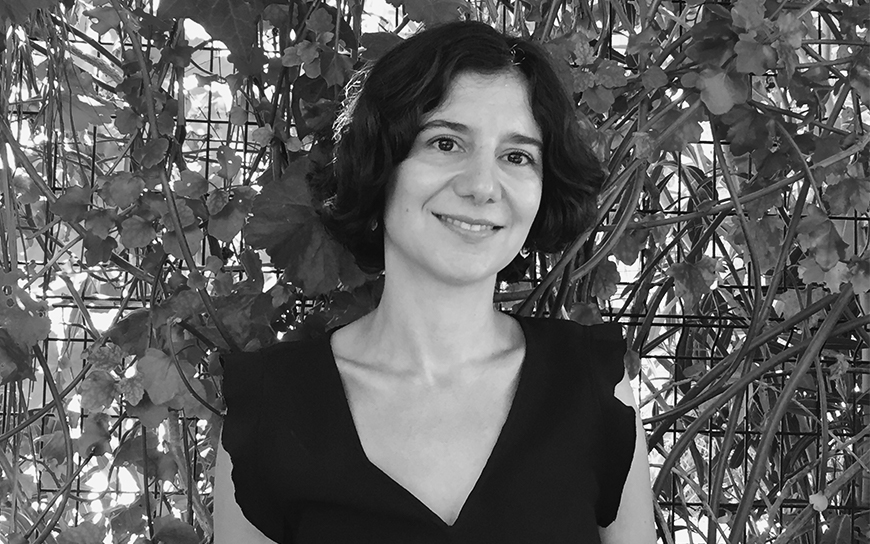 Noémi Lévy-Aksu is a historian and former assistant professor at Istanbul’s prestigious Boğaziçi University. A resident of Turkey since 2003, Lévy-Aksu was a tenured faculty member since 2010. In early 2016, she was also one of 1,128 academics to sign a peace declaration entitled ‘We will not be a party to this crime’ criticizing the Turkish government’s actions against the Kurds in south-eastern Turkey and requesting an end to civilian deaths and the establishment of peace.

Lévy-Aksu’s signature of this peace petition marked the beginning of the end of her academic career in Turkey. She and hundreds of other signatories of the Academics for Peace petition were immediately condemned for their action by the Turkish government and charged with making propaganda for a terrorist organisation.

A year later, following the failed coup in July 2016, many of the signatories were dismissed from their academic roles. Lévy-Aksu’s work permit, resident permit and contract were also cancelled in March 2017, despite her recent success in an oral examination granting her the right to become an associate professor.

More than 200 other petition signatories received prison sentences, ranging from 36 months in prison in one worst case to suspended prison sentences, and hundreds more academics were deprived of their passports, their right to travel and to social insurance and were blacklisted from any other public occupation in the country.

Lévy-Aksu was on sabbatical leave in London at the time of her dismissal. She admits she was an easy target, as she and Prof. Abbas Vali were the only two non-Turkish national academics who signed the petition at the university. “We were the only academics to be dismissed at Boğaziçi University. It was a way for the authorities to frighten others,” she says.

The past few years have been challenging for the very disparate members of the Academics for Peace group. A small minority managed to leave Turkey and are now living in exile, some taking advantage of fellowship programmes where they are now trying to re-establish academic careers, although many exist in precarious situations, reliant on work and resident permit renewals and with uncertain legal status. Others, like Lévy-Aksu, have had to reinvent themselves. She went on to study for a Graduate Diploma in Law in London and has only recently returned to Turkey.

The majority have remained in Turkey and they have struggled to both survive financially and to maintain their academic identities, as they are no longer affiliated to any university. Lévy-Aksu notes that women academics were particularly badly hit by the mass dismissals. Masters and doctoral students were also badly affected as many lost their state scholarships and all hope of future academic careers.

Four years on, the situation for academics in Turkey remains highly challenging. Academic freedom is increasingly a chimera, a situation that worsened following the July 2016 coup. There have been ongoing prosecutions on the petition signatories, as well as attacks on their freedom of expression and association. Higher education has also suffered with the loss of so many key academics, often the most socially and politically engaged members of the academy.

One positive consequence of the mass dismissals was the founding of alternative academic entities in cities throughout Turkey. These academies, many of them so-called ‘Solidarity Academies’, are informal structures, organised around the local dynamics of each city, and they work together with unions, professional associations, students and international organisations. They have emerged as important new centres for preserving critical thinking and academic freedom in resistance to the academic purges. The European Endowment for Democracy (EED) is now supporting a number of these solidarity academies.

The academies have adopted more student-centred modes of teaching than the more traditional methods used in Turkish higher education. None of them are accredited, and any programmes offered are non-credit-bearing. Some academies are more oriented on teaching, others are more focused on human rights work or research projects. Others have a more commercial focus and are organised around a café or have a library facility. Collectively, they have become a mobilising force for constructing alternative academic spaces dedicated to collective production and sharing of knowledge.

Importantly, the Solidarity Academies allow academics to continue to teach seminars, carry out research, work on collaborative projects with colleagues and secure funding for these projects. Some of this teaching is done in person, and some online. Critically, they also provide a way for scholars to continue to exist within the academic sphere and to earn a living while doing so.

Lévy-Aksu was one of the founders of the London-based Centre for Democracy and Peace Research (CDPR), established by a number of exiled Turkish academics to support alternative knowledge production within Turkey and to facilitate critical thinking. CDPR has spearheaded a number of projects in Turkey, including the distribution of emergency grants to academics and human rights defenders (in collaboration with Frontline Defenders) and the organisation of writing workshops to help academics continue to collaborate and to produce and circulate knowledge. 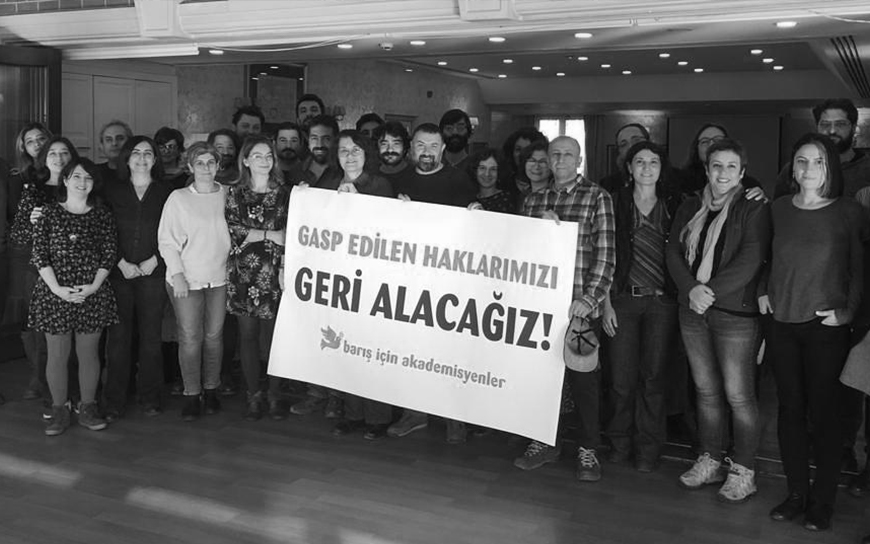 Over the past few months, Lévy-Aksu also headed up an EED-funded Turkish-based project that is another of CDPR’s initiatives – Akademia. This project works directly with eight of the solidarity academies and alternative academic initiatives across Turkey and is focused on helping to ensure their sustainability.

“Together with the other two members of the Akademia team, I started off by assessing the academies’ needs. Many of them are loose volunteer-run organisations, and one of our key tasks has been to help them define their core function and professionalise. We ran mentorship and training programmes focused on building their capacity, improving their skills in areas such as project writing and accountancy, and helping them to write grant proposals. We also held two national meetings where we brought members of various academies together so that they could collaborate and learn from each other,” Lévy-Aksu explains.

The coronavirus pandemic has been challenging for all other members of Turkish society, including the solidarity academies. Paradoxically, in Lévy-Aksu’s opinion, this crisis is also an important opportunity for these organisations. All teaching and other activities have moved online, a process that was easier for these smaller more flexible structures without the usual assessment obligations of other universities. Akademia funding intended for now-cancelled events has now been re-allocated to the purchase of IT equipment that was sorely lacking within these academies.

The bigger challenge today is how the academies can ensure their economic survival beyond this crisis period. Many have operated on a project-by-project basis since their establishment and have relied on volunteer enthusiasm. One of the successes of the Akademia project has been to help position them as more professional civil society organisations with an academic focus, and to better define their role within the overall funding landscape.

However, Lévy-Aksu does not expect that the coronavirus crisis will herald any bright future for these dismissed academics.

“Many of my colleagues were forced to put their lives on hold and the only thing that kept them going over the past few years was the idea that one day they might be re-integrated into their former institutions. Last year’s Turkish Constitutional Court decision gave them new hope. But the state of democracy in Turkey remains highly challenged; there have been no moves to grant reparations for the multiple violations of the academics’ rights. I suspect the government will use this crisis to further tighten their grip on society. And when we emerge from this crisis, the Turkish economy will be even more fragile than it is today. There is no way the State will be willing to pay people compensation or rehire them in their previous roles.”

But this situation also gives a new momentum to the solidarity academies. “After the Turkish Constitutional Court decision, many felt that the solidarity academies would lose their meaning when academics were re-employed. Today, we are more convinced than ever that they will remain important actors. The academies stand for independent critical research and knowledge production that no longer exist within the state universities. They are among the few organisations left in Turkey that are defending democracy, and international funders should continue to be interested in funding this important work.”

This does not mean that the dismissed academics are giving up their fight to be re-employed at their universities. Lévy-Aksu is at pains to note that this fight for reintegration remains political and legally significant. Her own case against Boğaziçi University and the Turkish Higher Education Council continues before the Council of State and she and her dismissed colleagues will continue to fight until the violation of their rights is acknowledged in national or international courts.

“At the same time, I think affected academics should not be prevented from exploring new paths, and the solidarity academies offer one such alternative. These academies enjoy huge support from civil society and they can offer a credible quality educational alternative for many in Turkish society,” she concludes.