An eco-activist determined to combat pollution in Ukraine

Irina Chernysh was not willing to put up with the high pollution levels in her home town of Dnipro. She forced management of the local thermal power plant to improve its facilities and now thanks to the SaveEcoBot, she and her team of eco-activists from SaveDnipro are working to empower people throughout Ukraine to fight for a cleaner environment. 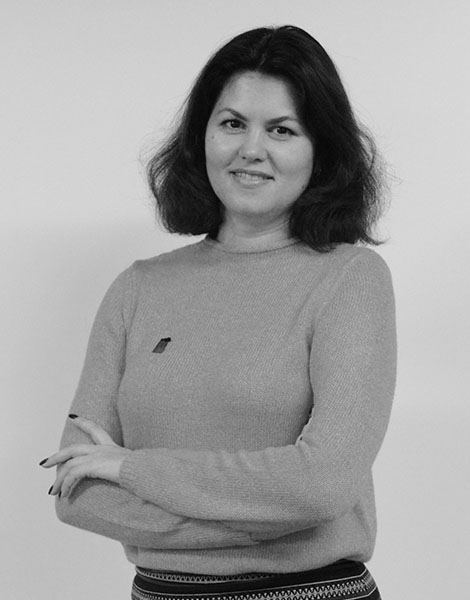 Air pollution is a major concern in the heavily industrialised areas of south-eastern Ukraine, particularly in the region around the city of Dnipro. This pollution has detrimental effects on the local environment and ecology and poses serious health risks to the local population. Yet in Ukraine, there are currently no legal requirements to measure pollution levels and there is no reliable data on major indicators of air pollution.

Iryna Chernysh lives in Prydniprovsk, once a satellite-town of Dnipro, and now one of the city’s districts. Prydniprovsk is also the location of the Prydniprovska Thermal Power Plant owned by DTEK Company, one of the oldest such plants in Europe and certainly one of the most polluting, emitting a colossal 1,300 mcg per m3 of air pollution, 20 times the European ambient air standard. Prydniprovsk is often covered in smog and during particularly bad periods of pollution, citizens are advised to remain indoors.

Chernysh admits that in the past, she did not worry too much about the environment and she had no interest in getting involved in protest movements. She was too busy building her career in banking. Like most people of her town, she had just got used to the high levels of pollution. But all that changed when she had a son, and her son, like many of the city’s children, was constantly sick with chest infections and bronchitis.

She relates, “As a mother, I worried. I couldn’t understand why he was sick so often. I blamed myself. Then one day as I was making my way to work after dropping off my son, I noticed that black acrid smoke from the thermal plant’s chimney was passing directly over his day-care. I immediately understood what the problem was.”

“As a mother, I worried. I couldn’t understand why he was sick so often. I blamed myself. Then one day as I was making my way to work after dropping off my son, I noticed that black acrid smoke from the thermal plant’s chimney was passing directly over his day-care. I immediately understood what the problem was.”

Chernysh sees herself as an idealist. She was convinced that she could make a difference and that information was her most important weapon. She set about learning all she could about the Prydniprovska Thermal Power Plant, and about thermal power plants in Ukraine and in Europe. Over a period of a year and a half, she attended conferences and seminars on the environment; she read scientific papers and educated herself on legal environmental issues; she spoke to as many experts as possible.

She learned that as the DTEK-owned power plant provides most of the electricity as well as 20 per cent of heat to Dnipro, and belongs to one of Ukraine’s most prominent and richest oligarchs, the city authorities and local politicians were unwilling to take any action. She also learned that that there was a unique window opportunity for civil society to put pressure on the DTEK Company, as permits for industrial emissions are issued every seven years in Ukraine, and the company now had to apply for just such a permit.

She decided that now was the time to act. She brought together a group of like-minded people, all parents like her with young children who were worried about their children’s health and professionals from a wide variety of spheres. They decided to work together to put pressure on the thermal plant to reduce its polluting emissions and on the authorities to take action.

Together, they founded the Save Dnipro movement and launched a highly visible campaign. They held protests, met on countless occasions with the city authorities and with the plant management and ensured constant coverage of the situation both the local and national media. Eventually, they forced the plant authorities to upgrade the air purification facilities, with the first filter installed in December 2017, a year after their campaign launch. The plant is now due to make further modernisations over the next years.

Save Dnipro was the first big win for a group of eco-protestors in Ukraine and a huge learning curve for Chernysh and her team. “This was the first advocacy initiative that was successfully carried out in Ukraine under the OVD Procedure for the Environment, an EU procedure now part of Ukrainian law. I realised that we had learnt a lot. We knew the process that needed to be followed to force big industrial companies to improve ageing polluting facilities. We knew the legal situation and what documents were required. And we wanted to help others do the same. So, one of our team, an IT specialist, suggested we create a software application, a bot, to make the process easier for others.”

The Save Dnipro team set about developing a simple user-friendly air quality monitoring station for volunteers and environmental activists to monitor air quality in their communities. The result is their innovative civic tech tool – the SaveEcoBot chat bot – a free service for public monitoring of air quality that aggregates real-time data on air quality. This simple tool has now become the foundation for the first decentralised Ukrainian network of public air quality monitoring. 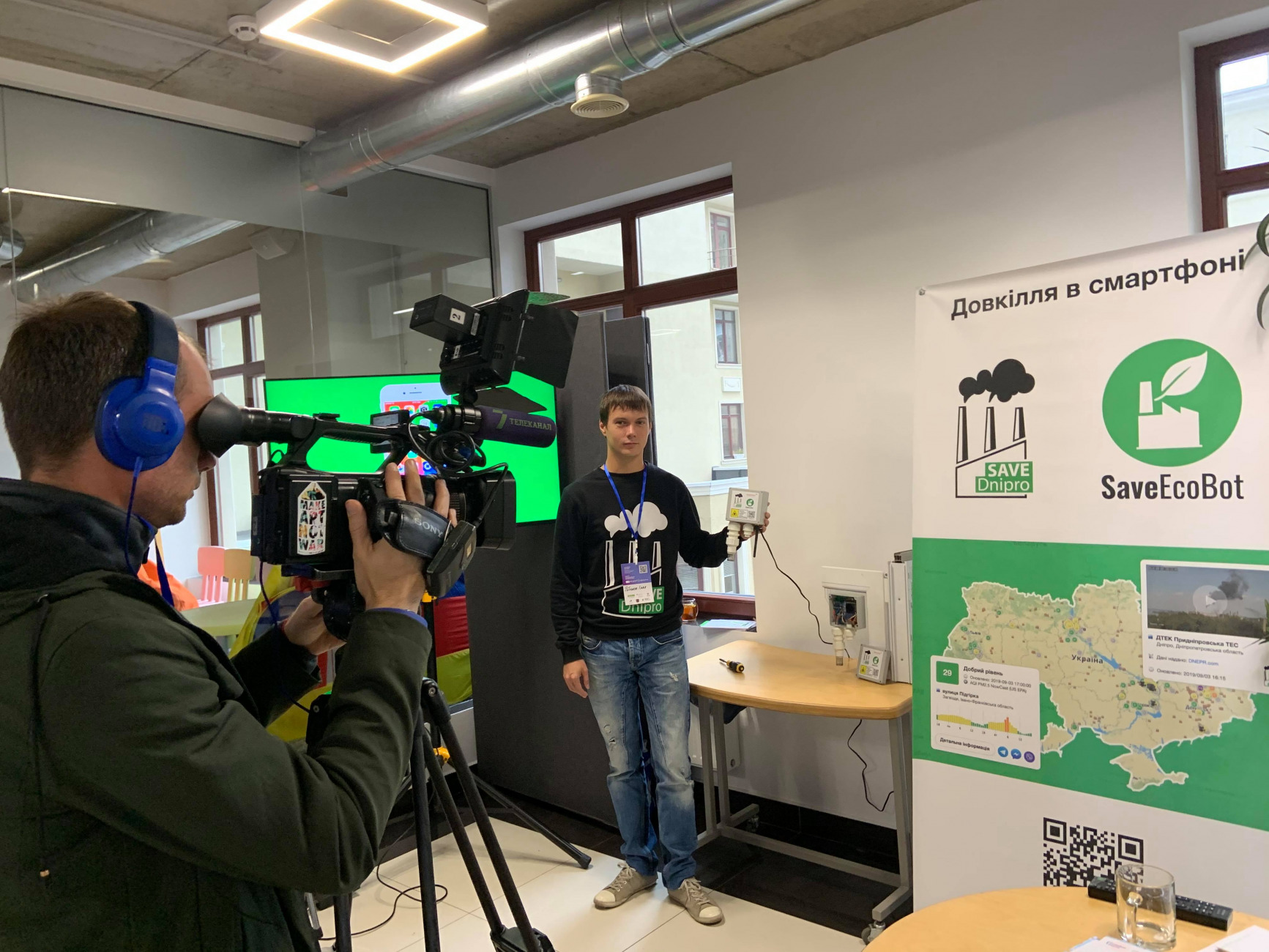 As Chernysh explains it, “The SaveEcoBot is a measurement tool with a laser that measures pressure, temperature, humidity, weather and measures small participles in the air, particles from fires, from industry, from car exhaust, hard particles. It is important to measure these are they are tiny and invisible and they are very harmful to the health. Currently, these are not measured in Ukraine and no information is available online.”

The SaveEcoBot application is now being used by over 13,000 people throughout Ukraine and offers real-time monitoring on air pollution in cities throughout the country and provides access to environmental data collected by the national government agencies. It provides the first real-time monitoring of air pollution in many Ukrainian cities, as well as access to environmental data maintained by national government agencies that was previously not available to the public, including details on the amount of ecological taxes paid by companies, emissions permits and information on hazardous waste licenses. The team now hold regular meetings throughout the country to teach others how to use the application, and they share tips on how to put pressure on local authorities and air polluters to make positive changes.

Last October, the state of Ukraine’s environment was once again top of the news agenda as Kyiv and major industrial cities in the south-east of the capital were covered in thick smog sparking serious public concern. One of the most reliable sources of information for media and experts at the time was the SaveEcoBot platform that showed the most air polluted areas on the map of Ukraine in real-time mode, and Chernysh and her colleagues gave numerous media interviews during this period, eventually forcing the government to admit that it faced a huge environmental challenge.

Save Dnipro is now expanding its activities to wider environmental problems. Recently they initiated and pushed through implementation of ‘Rules on Maintenance of Public Green Areas’ and a ‘Moratorium on Felling Trees’ in Dnipro. The activists remain engaged in environmental legislative work and policy formation as members of the working groups in the parliamentary committee and in the government. And in 2019, SaveDnipro were recipients of the ‘Open Data Leader Award’ thanks to their promotion of open data in Ukraine.

Of course, not everyone is happy with SaveDnipro’s successes, and the initiative has faced a number of online attacks and media smear campaigns over the past period, and Chernysh and her colleagues spend a lot of time and efforts combatting these attacks. But Chernysh is optimistic about the future. 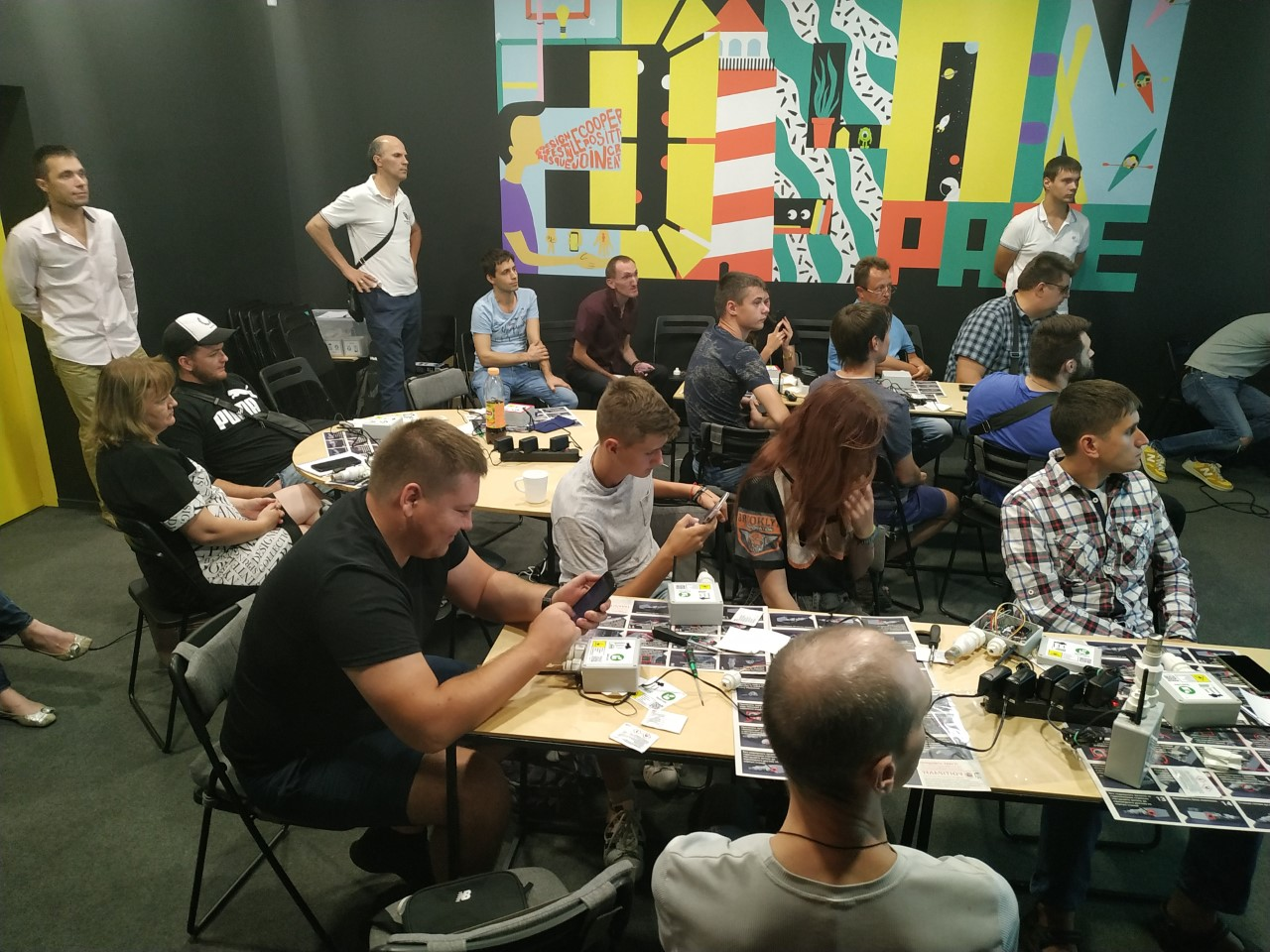 She notes that the government recently announced that it would invest in a state environment monitoring system, available online and up to EU standards, as required by the EU-Ukraine Association Agreement. Although Chernysh is well aware of the challenges faced in Ukraine, where 94 percent of pollution is due to industrial waste, and over 85 percent of thermal stations belong to one wealthy oligarch who dictates terms to the government.

She and her team want to force reform of pollution legislation in Ukraine. And they want to ensure that all Ukrainians have open access to the information on the environment they need to ensure their ongoing good health. “We want to give power back to the people so that they can measure pollution levels and plan their life accordingly. For instance, they can know if they can open the window or not, if they can go for a run in the park, or for a walk with their children in the park. People need to know what the air quality is like,” she explains.

The Save Dnipro team is now engaged in negotiations with organisations in a number of other jurisdictions that are interested in using the SaveEcoBot, and it is soon likely to be expanded to Bulgaria, Georgia and Belgium. The Bot is already available in five languages. They also have launched a digital campaign on the Viber communication app where users can download stickers linked to the campaign. They have ambitions to be the biggest open data aggregator in the world, and indeed one of SaveDnipro’s colleagues recently attended a programme in Stanford to learn just how they can do this.