Empowering women of the Shirak region in Armenia

Karine Davtyan has been described by colleagues as a determined and dedicated young woman and an active fighter for women’s rights. A native of Gyumri in the Shirak region in the north-west of Armenia, Davtyan founded Women’s Rights House (WRH), the NGO that she now heads, in 2017 together with her brother Kamo Davtyan, also an NGO activist, to empower women and to promote their participation in political life. 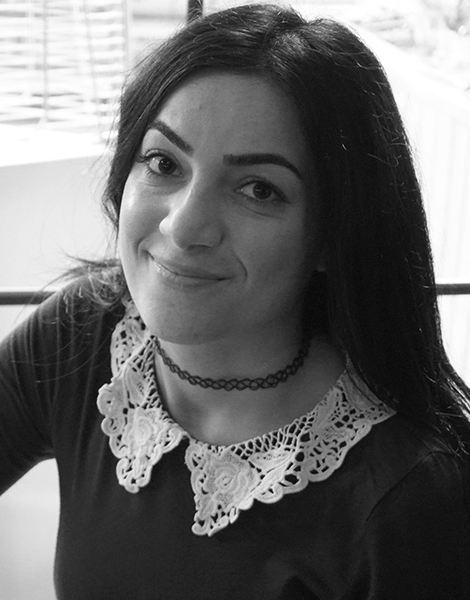 Karine Davtyan has been described by colleagues as a determined and dedicated young woman and an active fighter for women’s rights.

A native of Gyumri in the Shirak region in the north-west of Armenia, Davtyan founded Women’s Rights House (WRH), the NGO that she now heads, in 2017 together with her brother Kamo Davtyan, also an NGO activist, to empower women and to promote their participation in political life.

One of the key demands of the Armenian Velvet Revolution was to ensure a more balanced approach to decision making in government and in public life. Today, only one of 17 ministers in government is female, and just a handful of women have been nominated to high-level positions within the new administration. Armenians only elected their first women mayor, Diana Gasparyan, Mayor of Ejmiatsin, in 2018.

Women are often disadvantaged both economically and politically in Armenia, and this is particularly the case in regional areas outside the country’s capital Yerevan where patriarchal attitudes prevail. There are few opportunities for women to better themselves or to become leaders in their daily lives and to participate in politics. Any organisations that promote this kind of participation are usually Yerevan-based. 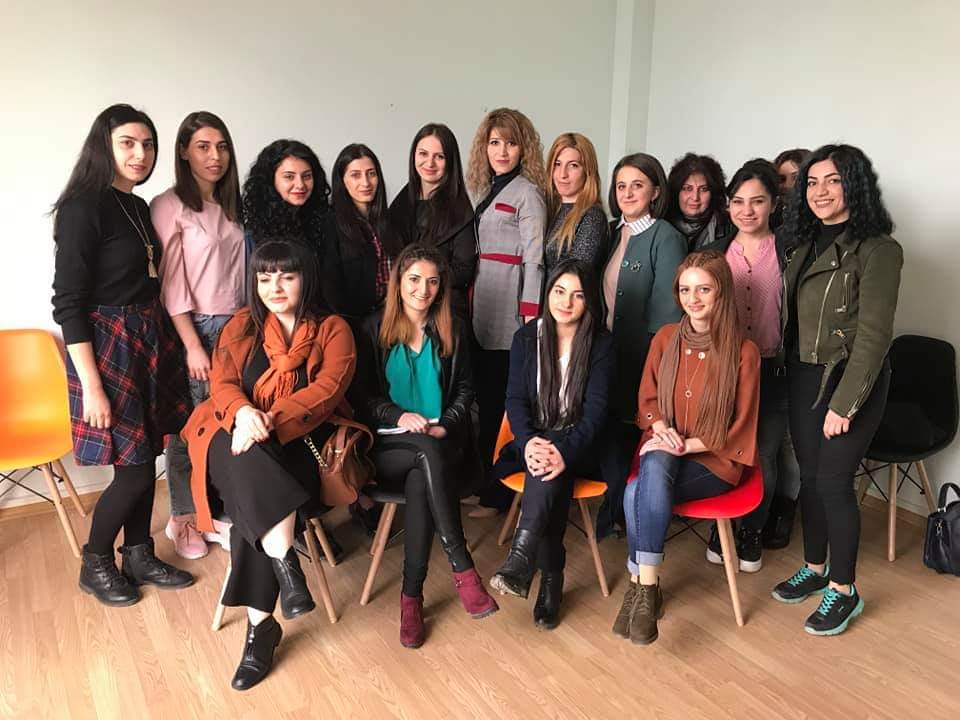 Daytan decided she wanted to do something to improve life opportunities for her fellow women Armenians. Following a period spent living abroad and then in Yerevan where she volunteered at a women’s rights centre, she decided to move back to Gyumri to start an organisation that focused on women’s empowerment. As she puts it, “I grew up here so I know the challenges women face. I wanted to come back and change something for the better in my home town.”

When WRH was founded, it had three clear objectives: to help protect women from domestic violence; to empower women to defend their rights, particularly educational and labour rights; and to promote women’s participation in decision making and governmental processes. The past two years have proven that there is huge demand for this work in Gyumri.

Domestic violence is a particular problem in this small South Caucasian country, with a lack of legislation on domestic violence as well as high levels of unemployment seen as the root causes of this violence. Cultural definitions of appropriate gendered roles remain rigid and experts note that many men, particularly in more rural regions, continue to believe that their inherent superiority gives them proprietary rights over women and girls. Davtyan tells us that 40 women have died by their husband’s hand over the past four years alone.

WRH currently runs an information programme in five rural communities to educate women about their rights and about the harming effects of abuse. They provide women with legal and psychological consultations. They run self-care groups for these women and they provide English classes for the women and their daughters.

"More often than not, these women are ill-informed. They may know about physical abuse, but they have little notion about psychological or sexual abuse. They don’t know their rights. We explain these rights to them. We give them the knowledge,” she says.

WRH is working to improve the employment situation for women and to try to remove the barriers that women face when seeking employment.

“It is difficult for young women to succeed in the labour market here,” she relates. “While employment legislation exists in Armenia, most employers just ignore the rules. Women are routinely paid less and they get poorer jobs. A woman is judged by her appearance, and there is ageism and sexism. There is discrimination against women with children. We give legal consultations to women to inform them about their rights under employment law, and we inform them of the mechanisms they can use to seek their legal rights,” Davtyan continues.

EED is supporting WRH’s work to empower local women to play a greater role in politics. As part of the EED grant, the organisation recently ran a number of capacity-building workshops: ‘Women’s Place in Politics’ covering topics such as leadership, civic activism, human rights and politics. They invited local politicians and civic activists to these events to address the women, to share their skills and leadership knowledge, and to give participants the tools they need to help solve problems within their communities.

A select number of participants from these workshops were then given the opportunity to implement their proposals to address some of their communities’ most urgent needs.

Amalya Khadunova was one of these participants and she has just opened an ecological playground for 30 children in her village. Commenting on her experience of this workshop, Khadunova said, “The training was just what I needed, and in fact it is the kind of training needed generally in our region. I got to meet female politicians. I even met Diana Gasparyan, my absolute hero. I was able to plan my eco-playground project, a dream that I have had for many years. I am so glad to do this in my hometown. During the workshops, I learnt so much – like project planning, budgeting, management, being accountable and transparent and so many other skills. This was such a good start for me. I hope to run for mayor now some day.”

Other projects funded by WRH include a women’s craft initiative, a marketing company and a theatre performance highlighting discrimination against women.

WRH also run intercommunity projects where participants travel to different regions of Armenia to learn about successful leaders’ experiences and to create a self-support group where they can work together to support future women leaders.

WRH are now planning to carry out a gender audit to research levels of discrimination within the labour force in public and private organisations.

Davtyan and her colleagues are focused on the upcoming local elections in 2021. They want to ensure that as many women as possible participate actively in these elections, and that more women can take on leadership roles as members of local councils. Perhaps one of WRH’s participants might even become the next female mayor, following in the footsteps of Gasparyan.