EED has helped a Turkish film magazine transform into a fully-fledged association to help the film community stand up against censorship and other threats. 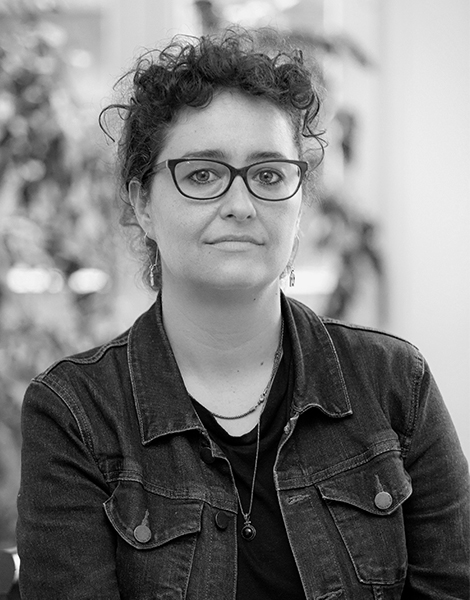 “It started as a fanzine,” explains Senem Aytaç, one of the editors of Turkish cinema magazine Altyazı (“Subtitle”). Launched by a group of students from Istanbul’s Bosphorus University in 2001, the magazine developed close links with the university’s film centre, where Aytaç later worked and which helped fund and publish the magazine from 2003 until recently.

The early days of Altyazı coincided with the emergence of the new Turkish cinema. “In 2005 I resigned from my job at the university and became a full-time editor at the magazine,” says Aytaç. During this positive era for Turkish filmmaking, the team from Altyazı were involved in promoting Turkish films in international film festivals.

“Our first step into activism was with the Emek cinema struggle in 2010,” Aytaç explains. Emek Movie Theater was one of the oldest independent cinemas in Turkey, and it was closed down to be turned into a shopping mall. “It was public property,” says Aytaç of the iconic building. Altyazı’s members were involved in the organisation of a protest at one of the opening ceremonies of the Istanbul Film Festival and was part of the group that mobilised people to march against the developments for several years.

The protests, however, had been “a symbolic realisation about the right to protect milestones,” says Aytaç, and tapped into what people were feeling about changes elsewhere in Istanbul. A month later, the higher-profile Gezi demonstrations started, to protest against an urban development plan for Taksim Gezi Park.

“We became more political,” says Aytaç, explaining that with the implementation of the cinema law that required films have a registration licence in order to be screened at festivals, the political atmosphere was becoming harsher. Meanwhile, “pressure and censorship were being felt in the cultural field more and more.”

The first notable case of film censorship happened at the Antalya Film Festival in 2014. A documentary was pre-selected by the jury but then was rejected after the festival directors showed it to lawyers who concluded it could fall foul of the law against insulting the President, for a very minor element.

The jury declared this was censorship and resigned from the festival; some other films also withdrew and there was a boycott of the festival.

Other examples of censorship have followed, often involving indirect methods – for example rather than institutions directly banning films, complaints are received from anonymous individuals referring to laws against insulting the president, the use of terrorist propaganda or immoral offence.

Other subtle forms of constraint include difficulties in obtaining permission to film in certain locations, and self-censorship is a growing problem. Aytaç is convinced that this creeping type of action needs to be fought.

“With the financial and political climate you can feel cinema going down in Turkey,” says Aytaç. “You hear people who have an idea for a film but are afraid to write it down, or people who already have scripts on paper who are waiting for another time.”

“A lot of people are in exile, not making films. People are afraid, fatigued, not struggling against it. So we decided to do it, officially, as a film magazine community.”

Thus Altyazı was reborn as an association. EED not only provided funding but also gave advice on how to set up an organisation and design projects. “One of the biggest challenges is building an organised structure,” says Aytaç. “If the film unions and associations were doing their job properly we would have had other organisations to collaborate with.”

The new organisation is focusing on issues such as censorship, gender equality and freedom of expression. It also plans to host film screenings, collaborating with the directors of censored films.

The magazine continues, but there is the sense that it serves a wider purpose than before, focusing on the politics of free film culture. “Do we want to write about La la land or the serious issues facing Turkey?” asks Aytaç. “We are hoping to continue printing the magazine and doing online content but also to turn Altyazı into a broader association where we can build a network with different structures of the film community.”

“These times will pass but we need to be ready; we need to build the structure in hard times to be ready. People have been feeling really alone - doing something courageous in these times empowers people.”