A civic education specialist is campaigning for reforms to Armenia’s state education system to push nationalism out, raise standards and give students the skills to think for themselves. 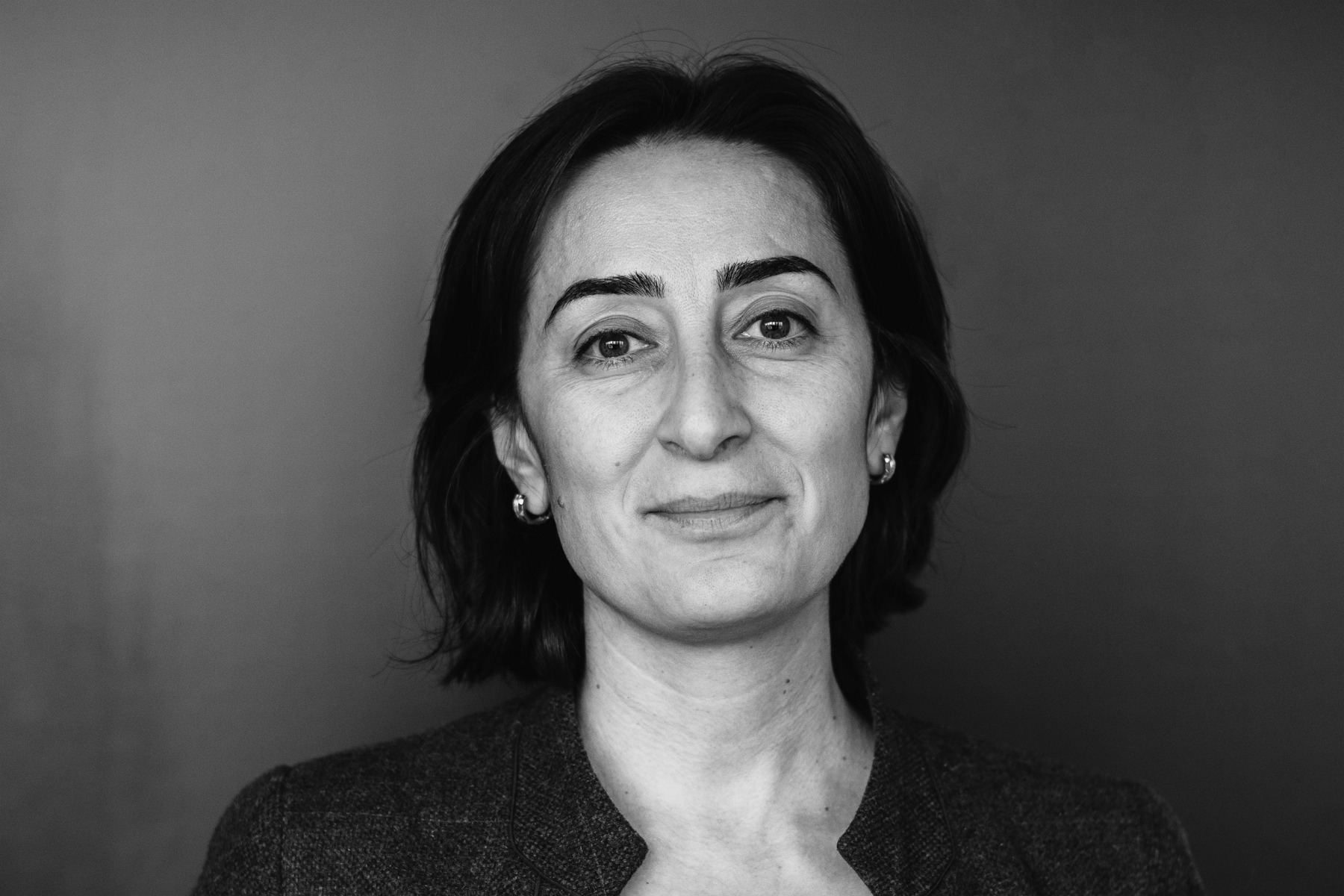 The importance of the free flow of ideas has been a constant theme in Lusine Kharatyan’s life. The daughter of academics, she grew up in Yerevan in the then-Soviet Union in a home where opinions were freely shared despite the censorship of the time. “I grew up in an atypical situation,” she says. “We always had forbidden literature.”

During the blockade of Armenia and economic collapse in the early 1990s, she entered university, studying under gas light and layers of clothes, without electricity and heating. Having witnessed the subsequent transformation of society she says, “since then I have been convinced that education is a way to reform society.”

After graduating in Yerevan, Kharatyan moved to Egypt where she studied demography. “When I came back to Armenia in 2000, civil society was just starting to develop,” she says. “I worked for a project aimed at strengthening civil society. But in order to change anything you need to understand how policy is made – so I did a Master’s in public policy in the US.”

On her return to Armenia she worked on adult education initiatives with international donors. However, she still felt these projects were not as impactful as they could be.

I am convinced of the need to do grassroots work for real change, of the need to address local needs. Donor-driven, government-driven processes don’t work.

It was at this point, in response to alarming statistics about the state of education in the country and growing social inequality, that she got involved in the Civic Initiative for Education in April 2017. A network of civil society organisations, it aims to promote a human rights-based approach and social justice in the Armenian education sector.

At the same time, as a parent, she was becoming increasingly concerned about what she saw happening to her children’s education under what she calls the “angry patriotic alliance” of the increasingly nationalist ruling Republican Party following the April 2016 conflict over Nagorno-Karabakh.

“The educational content is not just nationalistic but there is almost no space for critical thinking,” she explains. “The content and teaching of social science subjects were mostly based on nationalism and patriotism. For example, history textbooks are constructed from a very narrow perspective, presenting a patriotic image of the Armenian people surrounded by enemies and in a constant struggle with those enemies, stressing the victimhood of the genocide, presenting a much bigger motherland and the need to fight for it.”

Supported by EED, the Civic Initiative for Education has been campaigning to have more critical thinking in state education, as well as mitigating regional disparities in education, particularly in regions such as Kotayk, and Armavir where drop-out rates are high.

The Civic Initiative for Education has worked with high school students in these regions, using project-based learning to teach them how to influence policymakers and solve issues in their communities. “If you give kids the skills, they do things themselves,” she says.

Many young people participated in Armenia’s 2018 “Velvet Revolution”, and Kharatyan believes that much of this was achieved through earlier support from donors to informal education and civic education programmes. “Wherever you encourage healthy discussion, change is possible,” she says. “This is true also for Armenian reconciliation with Azerbaijan, where people can see that the myths they grew up with are not true.”

Despite the revolution, the pace of education reform is slow, with corrupt practices from the past regime deeply ingrained. However, there have been some positive developments. For example, the new government is currently engaging in consultation with civil society on a new draft law on preschool education, and the Ministry of Education has organised various public discussions on topics such as teachers’ ethics, higher education and the school curriculum.

The Civic Initiative for Education is also trying to set up a teachers’ trade union, which would not only improve conditions for teachers across the country, but also encourage their participation in the reform process. Kharatyan believes that this will also help bring about more equality across the regions in the country, with a fairer distribution of resources.

Kharatyan is optimistic that more positive change will come, not just in education, but more broadly in the country: “The revolution showed that greater social justice is possible because what made the revolution become mainstream was social injustice.”