They choose to stay anonymous. A group of friends who have decided to get together to challenge the existing media landscape in Lebanon. Meet Megaphone, a “hidden collective” whose mission is to create space for a new discourse that defies the surrounding political and socioeconomic system. 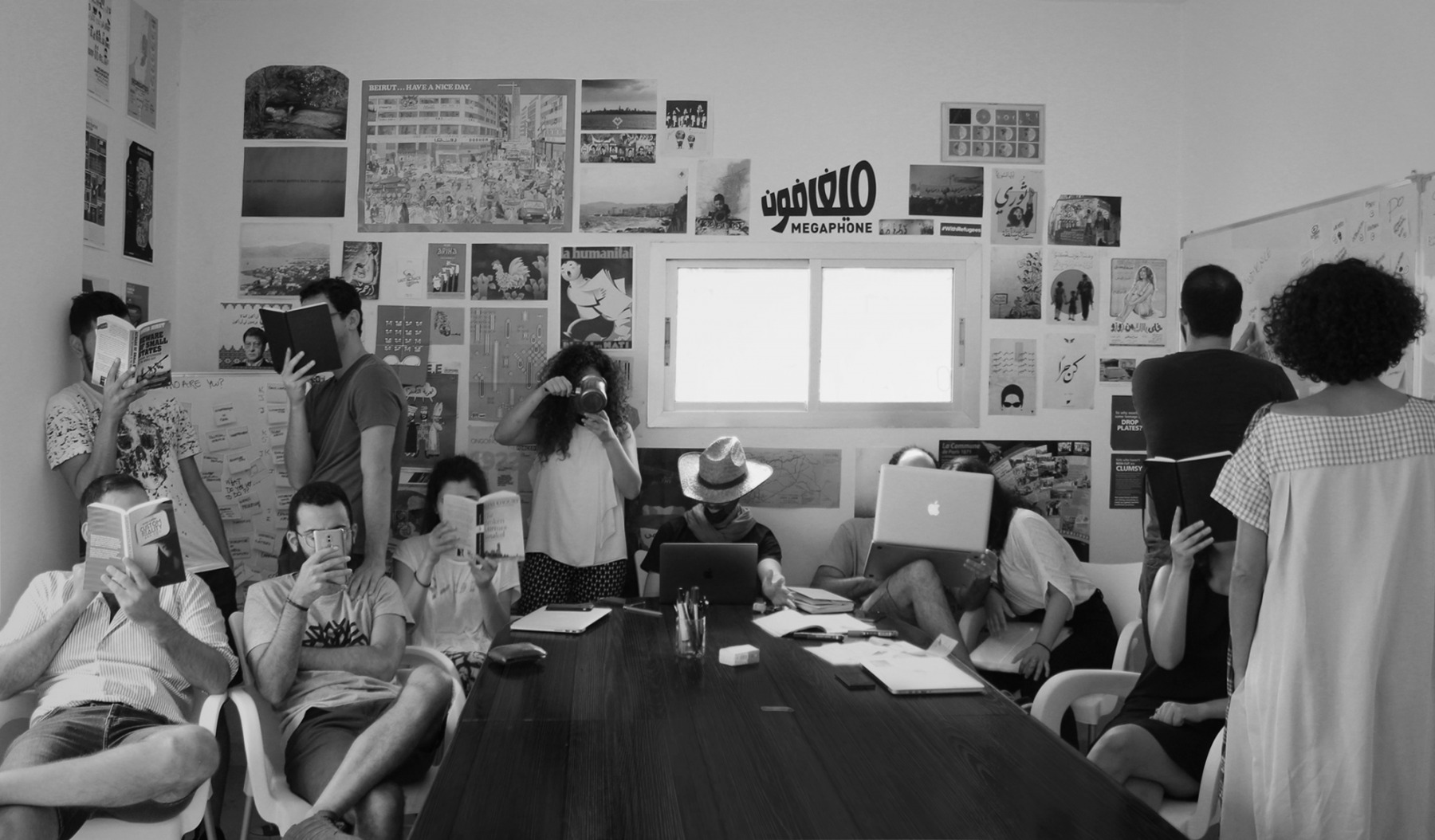 Going against the current

The picture of the media environment in Lebanon is painted in rather gloomy colours. A wide range of Lebanese media does not translate into a greater plurality of opinions, as most outlets are linked to political or sectarian actors. Journalists are not only exposed to immense pressure and censorship, but also worryingly often face actual threats and intimidation.

This status quo was not acceptable for a group of young activists. Engaged in various forms of civic action on the ground, they had been growing increasingly frustrated, as public discourse resounding the voice of their generation was nowhere to be found.

Jamal and Jean, two of Megaphone’s co-founders, do not want to sound cheesy when referring to their motivation - “need” and “obligation” to strive for change.

“We noticed that mainstream media didn’t speak our language, that our narratives remained untold. There was no space where we could say what we wanted to say, speak about our worries and express our values. So we decided to tell the stories from our point of view,” says Jamal.

“We felt alienated,” adds Jean. “Most of the human rights issues and other polarising topics were being carefully avoided by mainstream media, and even some established civil society collectives. They were all afraid to go to places that might make them lose their popularity, such as the rights of Syrian and Palestinian refugees, migrant domestic workers or LGBTQ people.”

Talking about the EED grant that contributed to the launch of Megaphone, Jamal states, “We love the fact that you gave us loads of flexibility and support, we didn’t need to promote you all the time – you can quote me on this.”

All of the collective’s members are good friends and volunteers. Jamal, the creative spirit behind the initiative, is a full-time graphic designer. Jean works as a campaigner for a prominent INGO. The entire team has kept their daily jobs and gathers outside the office hours to work on Megaphone.

Fuelled by a lot of personal involvement and passion, their struggle for a more progressive reality also mirrors the dilemma faced by Lebanon’s post-war generation: “I feel concerned by this country and I cannot remain inactive as long as I’m living here,” Jean states bluntly.

Standing out from the crowd

Megaphone is an online media channel that analyses, comments on and explains local news. It promotes critical, professional and fact-based journalism. The flashy colours, snap videos and thought-provoking commentary touching upon controversial issues make it stand out among the crowd.

This innovative approach was a response to the obsoleteness of the local media landscape. While the Lebanese population consumes a lot of innovative digital media covering international news, there was no equivalent available in Lebanon. “We felt we might offer a good addition by producing informative videos and visuals that speak to the generation we are from,” explains the duo.

Using Facebook, Twitter, YouTube and Instagram, they admit their product appeals mostly to a younger audience. But arguably it is a way to speak to older generations too, as engaged youth bring vivid discussions back to their family tables. Social media formats also serve as the perfect place to digest the news and produce brief summaries, targeting those who lack interest in consuming more elaborate articles.

The Megaphoners claim that audiences need more nuanced and informed political alternatives, which media should be able to promote freely. The young outlet was widely praised for their 2018 elections coverage, providing space for alternative politicians who were not granted a single spot in the mainstream channels. “It went as far as the candidates calling us and asking for an interview; and we were like, 'Are you sure you wanna answer questions on Lebanon’s most polarising issues?!,'” laughs Jean.

But their coverage around elections went far beyond politics. The day Lebanon went to the polls, the collective hit the road to ask people why they (don’t) vote. “There is more to the story,” explains Jamal. “We are also trying to understand the country beyond its capital city, how people think and how they make decisions.”

Megaphone successfully wears a double hat of activism and journalism. “We have an agenda,” they admit. “Our agenda is promoting equality of rights, social justice and civil liberties for both citizens and non-citizens in Lebanon, and holding the establishment accountable.”

Jean’s vision is to move from a society that only acknowledges sects to a society that respects individuals and believes in everyone’s equal rights: “What media can do towards this goal is to anchor a new discourse and trigger a wider debate,” he points out.

As a group, their motivation to change the dominant discourse remains high. They unanimously agree they would rather be doing this than anything else – their plan for the future is to do Megaphone.

Jamal admits the initial success of Megaphone was a bit overwhelming. Looking to the next steps, the biggest challenge is creating a business model on the road to sustainability. They are convinced the unique setup for the country – research plus creativity – will allow them to do so.

Despite the obstacles faced in the shrinking space where journalists are intimidated, they are determined to go forward and fight for the ideals they believe in.

“This is our coping mechanism – we resist a reality that does not resemble us by creating our own.”