Putting Yazidi women who survived Isis in the spotlight

After escaping ISIS captivity, Farida Khalaf and fellow survivors have become advocates for the victims of the Yazidi genocide. 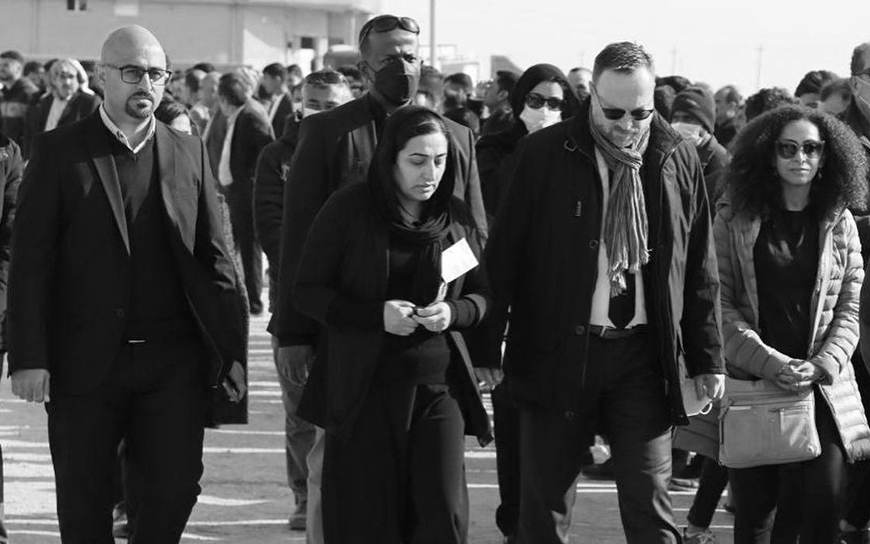 Farida Khalaf was 18 when ISIS invaded her village in the Sinjar area of northern Iraq in 2014. In the genocide of Yazidis, thousands of civilians were killed, thousands of women and girls were forced into sexual slavery by ISIS, and tens of thousands more were forced to flee.

Farida’s father and older brother were killed by ISIS and she was abducted with her remaining family members. She spent four months in captivity, subjected to physical and mental abuse. Since her escape, she has become a leading advocate for victims of the Yazidi genocide.

Now living in Germany, Farida and other Iraqi activists founded Farida Global Organisation, and today they travel the world to bring attention to the genocide.

“Even before Farida Global, we were involved in humanitarian work,” says Khalid Qasim, one of the co-founders, who explains that before the genocide he helped refugees from Syria. “After ISIS started attacking our region, I too had to flee and live in a camp for internally displaced people (IDPs). I continued my work from there, using a laptop and a portable router to reach out to donors.”

Farida Global officially registered as an NGO in 2019 in Germany, where most of its founders had sought asylum. The name ‘Farida’ was chosen to put the survivors into the spotlight.

“We all work together as a team, but we named the organisation after Farida because we wanted to give the lead to those courageous women who had faced ISIS and survived. A women-led organisation is the ultimate slap in the face to ISIS,” says Khalid. 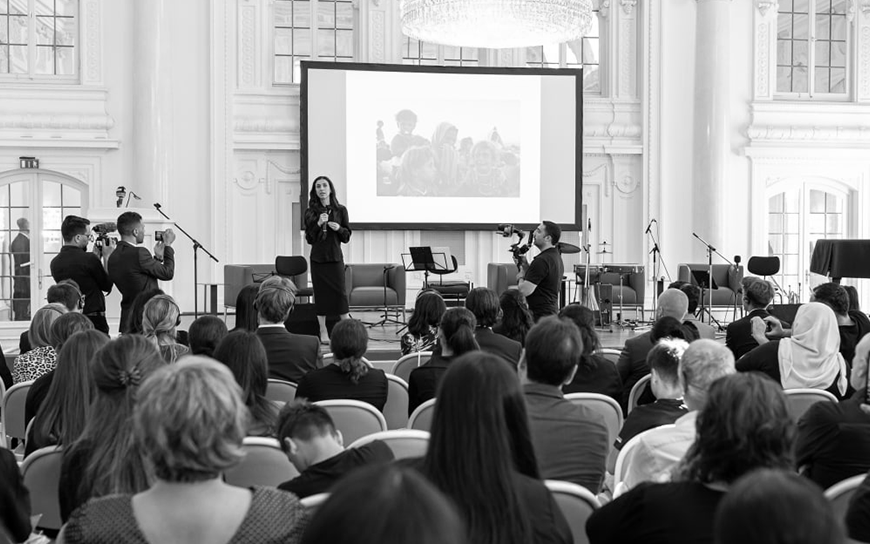 Raising awareness of the plight of the Yezidi around the world

The group is knocking at the doors of parliaments and governments across Europe and elsewhere, telling the story of the Yazidi genocide and of the mass displacement, kidnapping, and slavery they had to endure. “We want all the support we could get from the international community to bring those who committed genocide to justice,” explains Khalid.

A powerful advocacy tool is their travelling photo exhibition, “Women who beat ISIS”, which alternates portraits of survivors with texts telling their individual stories and the story of the Yezidi genocide. The exhibition regularly travels in Iraq and around Europe, and is accompanied by panel discussions featuring female survivors, advocating for public recognition of the genocide.

So far, 13 countries and many international organisations and groups have recognised the genocide, including the European Parliament and several bodies of the United Nations. Three of the perpetrators have been sentenced, in part thanks to Farida Global’s work.

“We provide the authorities with evidence and with testimonies from survivors. In some cases, such as in Belgium and the Netherlands, where some former ISIS members now live, we participate in the process.” 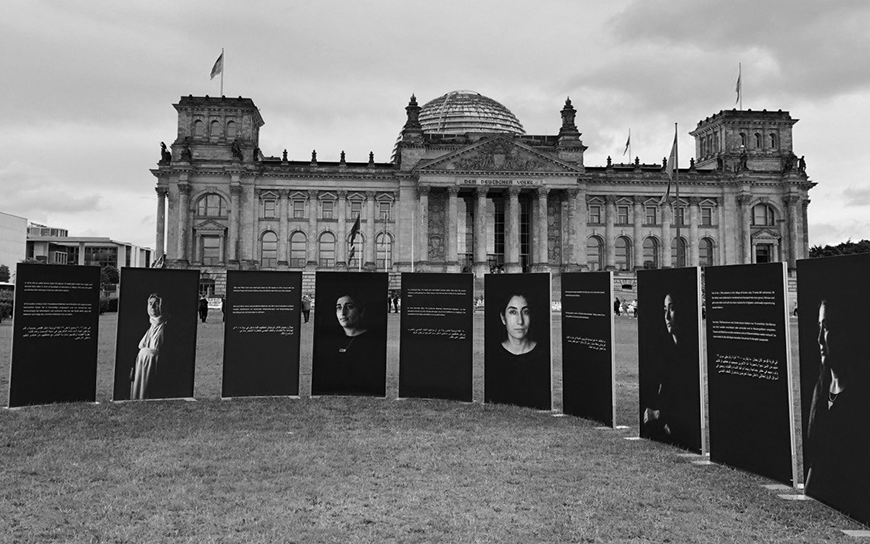 The team is scattered around the world, with most now based in Germany and in the Sinjar region of Iraq. The Sinjar-based team continues to provide assistance to survivors helping them to reintegrate back into society. This can range from helping recently released prisoners to obtain legal documentation, and helping them buy clothes and other necessities, as well as bringing them to visit Yezidi holy sites to help in their recovery.

“Some of them have been in captivity for eight years and they have lost their mother tongue. Those former prisoners who had left captivity earlier show them the way and help them go back to a free life,” says Khalid.

For three years, Farida Global also advocated for the adoption of a law for the survivors. In March 2021, the Iraqi parliament finally approved the Yezidi Survivor Law, one of the few laws in the Middle East granting reparations to survivors of conflict-related sexual violence. The law provides Yazidi survivors and survivors from other minority groups with a monthly salary, some land, health insurance, and mental health support.

Farida Global’s unique position as a survivor-led and survivor-centered organisation allows it to empower other survivors to apply for the reparations granted under the Yazidi Survivors Law. Thanks to EED support, they are able to hold information sessions with survivors and help them access their rights through various means. 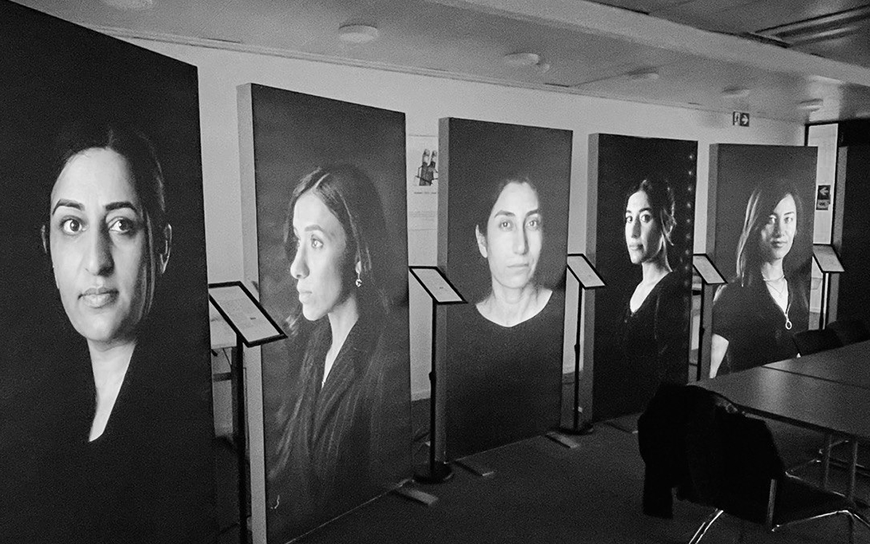 “So far, we have helped 72 women to submit their applications. Each one is a lengthy process and it’s very painful for the victims who are forced to relive their trauma,” explains Khalid, “We also work with a psychologist, and we give them breaks…we try to help them every step of the way.”

Khalid also admits that the process is difficult because of a lack of interest in minority issues on the part of the Iraqi government. It can be difficult to obtain permits to host large events, and survivors often have to travel through endless checkpoints to reach governmental offices to apply for reparations.

“Many are starting to lose hope. And the genocide is still ongoing: more than 2,000 women and girls are still missing, and 70 percent of our community still lives in tents in refugee camps. Many bodies found in mass graves haven’t been identified yet,” says Khalid. “But more and more people are interested in our cause, and there are more opportunities to advocate for the rights of the Yazidi. I see a better future ahead.’