Supporting the LGBTQI+ community in Lebanon

For ten years, Proud Lebanon has advocated for the rights of LGBTQI+ individuals in Lebanon and has provided HIV-positive people with life-saving healthcare. 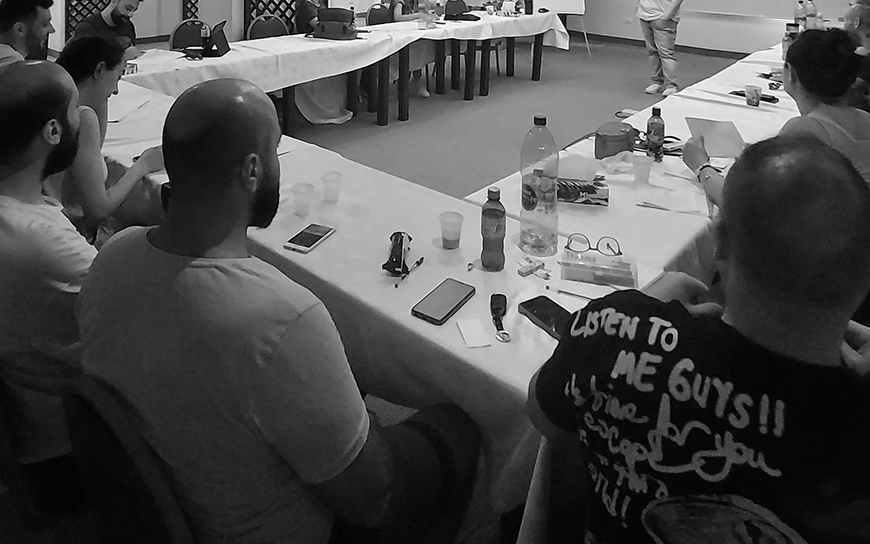 Life is not easy for LGBTQI+ people in Lebanon. Under Article 534 of the Penal Code, individuals engaging in consensual same-sex relations face up to one year of prison. In July a letter from Interior Minister Bassam al-Mawlawi also banned any kind of event “promoting sexual perversion”, widely interpreted as any gathering organised by the queer community . The letter came after pressure from religious leaders, and sparked a series of acts of homophobia across the country.

“Discrimination happens on two levels,” explains Bertho Makso, Executive Director of Proud Lebanon. “It’s embedded in the penal code, which gives a legal justification to homophobes and gives a pretext to the authorities for banning events and not allowing queer organisations to register as NGOs. And then we are discriminated against on a social level, with religious leaders often openly advocating for the prosecution of queer people.”

It is in this difficult context that Proud Lebanon was founded in 2013 by a small group of activists. A first grant from EED helped them get on their feet, officially registering as an organisation, and launching legal support to community members, as well as advocacy campaigns.

“Managing that first grant helped us understand how to work as an NGO: how to fundraise, how to contact donors, how to engage volunteers…it was an invaluable learning experience,” recalls Bertho.

Providing healthcare for the LGBTQI+ community and people living with HIV

Nine years after its inception, Proud Lebanon now has a small team which includes doctors, psychologists, a social worker, and more than 40 volunteers. They provide a wide range of medical services, from endocrinology consultations for transgender individuals to assistance for HIV-positive patients. They also run a mobile clinic that parks outside gay clubs and streets frequented by sex workers to distribute condoms, STD tests and informational material about sexual health.

According to Bertho, supporting people living with HIV is a delicate but extremely necessary task, because of the stigma and discrimination they face in Lebanese society. Proud Lebanon helps more than 300 HIV+ people, providing medical services and sending discreetly packaged HIV medicines to those too afraid to collect them in public . They also provide testing and support for people suffering from monkeypox, the only organisation to do so apart from a public hospital in Beirut.

In addition to providing medical assistance, Proud Lebanon organises capacity-building workshops for the members of the LGBTQI+ community on a wide range of topics: the bullying and stigma they face, how to advocate for their own rights in daily life, how to deal with abuse. These workshops take place in Proud’s centre in Beirut and in other cities around Lebanon.

Building a dialogue with policymakers

A significant part of Proud Lebanon’s work is devoted to advocating for queer rights among policymakers, an activity that intensified this past spring ahead of the May parliamentary elections. The team produced a video campaign featuring candidates showing support for the LGBTQI+ cause as part of their wider engagement in human rights.

Over the past four years, Proud Lebanon has also hosted workshops on gender and diversity issues with policymakers and is in ongoing dialogue with thirteen political parties to work on decriminalising homosexuality.

“Politicians from all parties are scared to go against religious leaders and support anything that goes beyond abolishing Article 534 explains Bertho. “We are now at a stage where political parties are actually engaging with us. Not so long ago, they outright refused to discuss these topics. We try to talk to each of them in their own language, so we can convince them to support us.”

On 17 May, on the occasion of International Day Against Homophobia, Biphobia and Transphobia (IDAHOBIT), Proud Lebanon launched a national LGBTQI+ task force, composed of representatives from political parties, NGOs, and individual activists, who are all working towards a common goal of abolishing Article 534. They hope to soon collect enough signatures to initiate legal proceedings in the Parliament.

The Task Force has continued to meet despite threats of violence, and despite logistical challenges, with some members unable to afford transportation due to the soaring gas prices and the economic crisis in the country. EED’s support has also enabled Proud Lebanon to cover transportation costs for Task Force members to attend these meetings.

Following the launch of the Task Force, the team launched a number of events to mark IDAHOBIT under the slogan “Love is a Human Right”. As part of these events, they have shared videos of a mother proudly stating her support for her gay son; and they have hosted a storytelling session where people could share their struggles and fears but also their stories of resilience and love.

“We wanted to have a celebration for the community, and to involve people who don’t usually show up to political events,” says Bertho. “The road is still long, but we are proud of what we’ve achieved so far, and of the bridge we are building between politicians and our community.”