Empowering a new generation in Lebanon

Prize-winning author, journalist and activist is defying the odds in Lebanon to build a cadre of young activist change-makers. 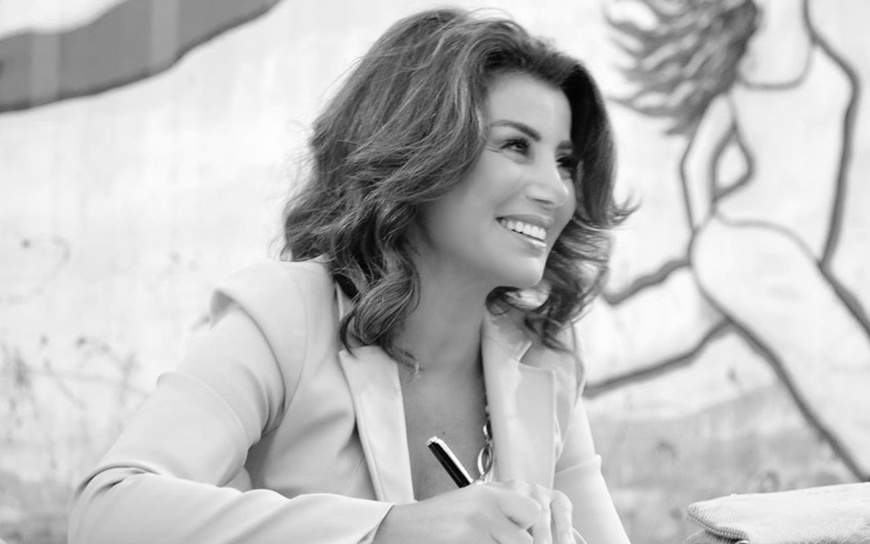 “It was after I was stripped of my parliamentary seat in Beirut in 2018 that I understood the importance of investing in youth and equipping them with the tools to defend the values that they uphold and that I have fought for, for the past 30 years. Values like secularism, dignity, equality, inclusion, personal freedoms,” says Joumana Haddad, the prominent Lebanese author, journalist and human rights activist in conversation with EED.

In September 2019, Joumana set up the Joumana Haddad Freedoms Center (JFHC) as the first step to realise this vision. A high-profile activist at home and internationally – she was named as one of the 100 most influential Arab women by Arabian Business Magazine – Joumana has won multiple international awards for her work and is the author of dozens of books.

“I see JHFC as my legacy, rather like I see my books, articles, Jasad magazine, and TV show. It is a continuation of the work I have done all my life,” she says. 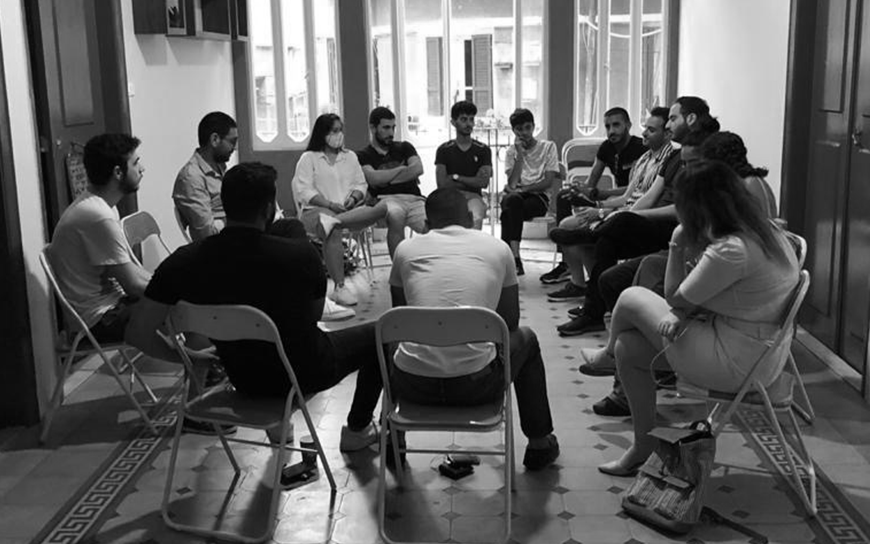 The Center kicked off its activities with an initial workshop that December, attracting great interest from a young population motivated by the wave of activism during the October 2019 uprising and protests.

“We quickly became a space where people of different backgrounds – journalists, activists, academics, people with a vague interest in activism – could come together to discuss events in Lebanon and could debate how we can fight for a different society and future,” she says. "We also formed clubs with different interests (feminism, reading, journalism, etc) and gave self-defence courses for young women given the alarming increase of street harassment."

Over the past three years, the Centre has travelled a bumpy road, with the Covid pandemic forcing events online, and the Beirut Port Explosion in August 2020 destroying their premises. Even then, Joumana was not willing to give up. The team found a new space and equipped it again. 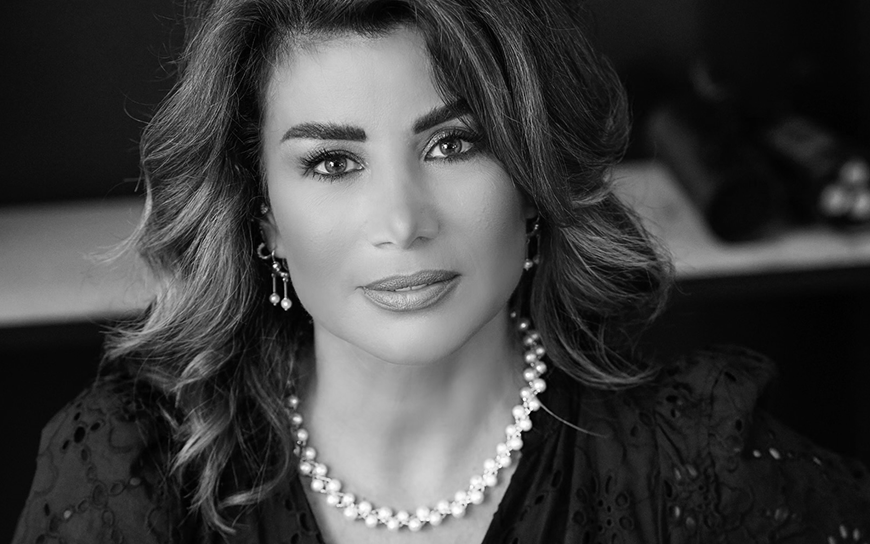 Debates on Wheels: bringing debates throughout the country

It was in the post-explosion context that the Center began to work with EED, launching their ‘Debates on Wheels’ project, which have seen two series of debates held in coffee shops and cultural and youth centres across the country.

“We have trained 128 young people in the Oxford model of debating over the past two years. They are a diverse group from different geographical areas, genders and sexual orientations. We focus on four issues in our debates: secularism; women’s rights and equality; LGBTQI+ issues; and freedom of expression,” she explains.

Young people are trained to argue from both points of view, an experience that while challenging, helps them understand others.

Asked if the debaters faced any hostility when addressing often contentious topics, Joumana says there was none.
“When planning the subjects of our debates, we focus on points where conversation is possible. So, when discussing LGBTQI+ rights, we chose to start with the idea of ‘personal freedom’ or that people should be respected for their chosen sexual lives, even if others do not approve or like these lifestyles.

“And when it comes to secularism, we speak about how people are not equal in Lebanon because of the personal status laws of the 18 religious sects. These religious laws affect women in particular when it comes to divorce and custody of children. Each religious community sets its own age for marriage, with some allowing young girls as young as 12 to marry. We need a unified civil law for everyone,” she says. 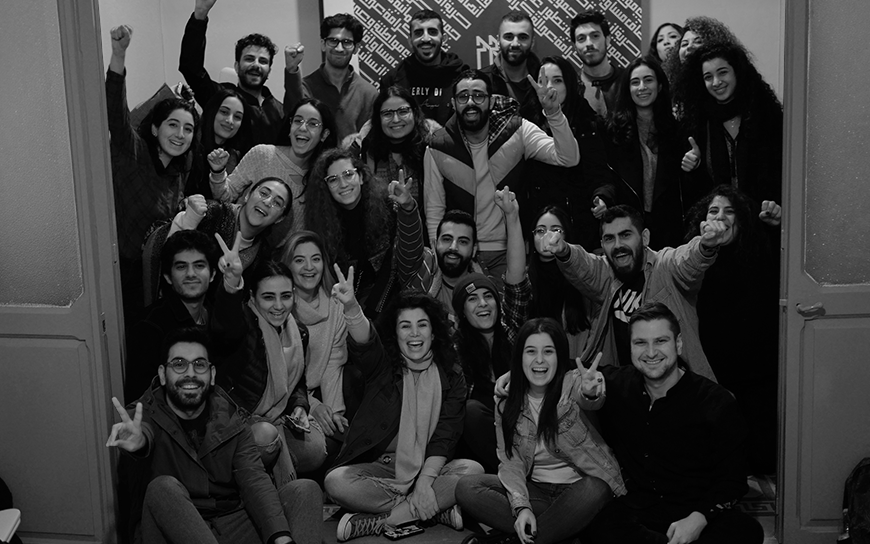 According to Joumana, by undergoing these trainings and then taking part in these debates, the young people are empowered to become active, aware citizens. She sees these debates as helping them to become a squad of change-makers, each within their own community.

“I call it the ‘ant approach’,” she says. “We do things little by little. I believe in this gradual built-up change. It might be as simple as calling out someone for bullying or telling a friend off for telling a homophobic joke.”

Unfortunately, Lebanon’s economic crisis has meant that many of the young debaters have now emigrated or are planning to leave. Those left in Lebanon are busy trying to survive and to support families and parents. But once again, Joumana refuses to lose hope. “I have made walls come down all of my life. I will persevere in this work,” she says.
“We will stay small and focus on targeted projects. We have no full-time staff,” she continues, explaining that the Center is now in active discussion with funders to run a third series of debates.

She also recently relaunched Jasad Media, a paper magazine founded in 2009, that is now an online media with a focus on the body, sexuality, gender identities and politics, as well as discrimination and violence in the Arab world and beyond. She sees this media as a natural fit with the JHFC vision.

As most international funders are focused on humanitarian aid in today’s crisis-ridden Lebanon, it is a challenging time to attract funding for civic actions. Time, or rather lack of it, also constitutes a big constraint. “I have many hats,” she says. “I do many things at the same time and I keep on going. It’s a bit like riding a bicycle. If you think about it too much, you would just fall off.”