Joining forces to help the citizens and the army during war

Five local organisations came together in Poltava at the outbreak of the full-scale war to form the Poltava Volunteer Association, which has emerged as one of the most important centres of assistance in the region. 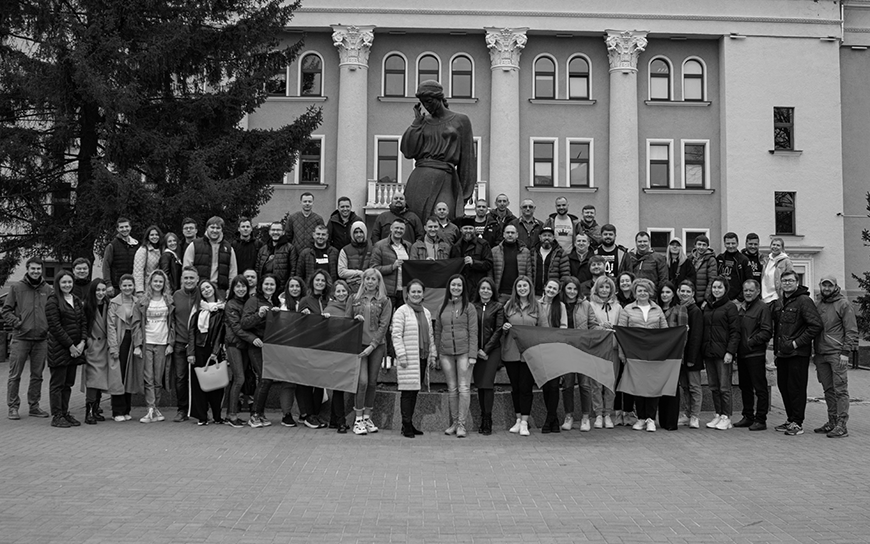 “We started meeting with other local organisations from the beginning of February. Most people still didn’t believe there would be war, but we still thought through different scenarios and discussed how we could organise evacuations, volunteer work and humanitarian aid. We set out a plan of how we could collaborate,” says Oleksii Serdyukov, head of ZMIST Poltava, speaking to EED from Poltava, in central Ukraine. On the 24 February, with news of the Russian invasion that morning, the five organisations put their plan into action, forming the ‘Poltava Volunteer Association’.

They include EED partner ZMIST Poltava, an online independent media outlet; the Poltava Battalion of the Indifferent, one of the biggest volunteer organisations in the region providing assistance to the army since 2014, which is affiliated to EED grantee Not Indifferent Team; City Lab; the Center for Strategic Communications and volunteer association HelpGroup, both also EED grantees.

“We agreed that each organisation had its particular skills and areas of expertise. We needed to organise our work as efficiently as possible. We knew we had to set up a structure, where we could coordinate aid systematically. We knew too that everyone wanted to help,” says Oleksii.

At that time, the team had no idea if and when Poltava would come under direct attack from the Russian army. Oleksii admits that many of the ZMIST team, who are mostly women, were evacuated in the first days of war where they continue to report for ZMIST Poltava. 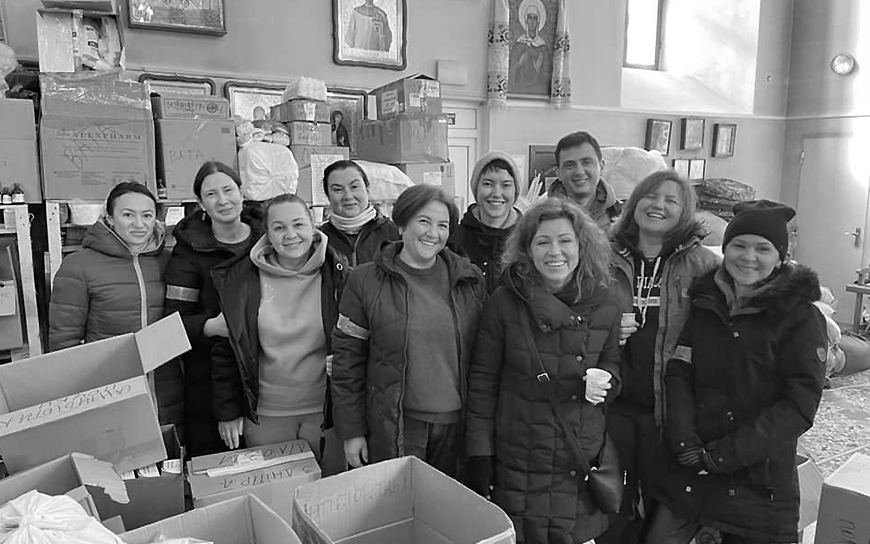 We are ready. Poltava.

On that first day of full-scale war, the group set up a Telegram channel ‘We are ready. Poltava’ where they posted about immediate needs, which in the initial days of the war were mainly those of the army and the territorial army. The channel proved hugely successful.

“25,000 people signed up to the channel within hours. Citizens quickly responded to every request we put up, and we were able to fundraise large amounts of money. One post on 25 February raised 1.5m Hryvna (nearly €50,000) in less than a day,” recalls Oleksii. “We would write that we needed and people responded immediately. Say, 30 people needed to be in a particular place to assist us, and within two minutes, they were there. People wanted to help in any way they could.”

Nearly three months later, the group continue to run this and many other Telegram channels, including those for people who require accommodation and medicine.

One the of the group’s priorities from the beginning was helping the army, providing equipment and materials that were urgently required, such as flak jackets, drones, 4X4 vehicles, as well as ammunition. A number of local businesses donated large sums in the first days of war. Aware that business was also badly hit by the war, and that they could not rely on this support long term, the volunteers also began to think of diversified sources of funding.

“One project we came up with is ‘Food bloc’, ‘Food’ from the English word and ‘bloc’ implying a battalion in the army. Restaurants in Poltava agreed to include dishes on their men with an army theme, and they donated the profits to the volunteer effort. We are able to bring in around €1-2,000 a week in this way. It is stable income we can rely upon,” he explains. 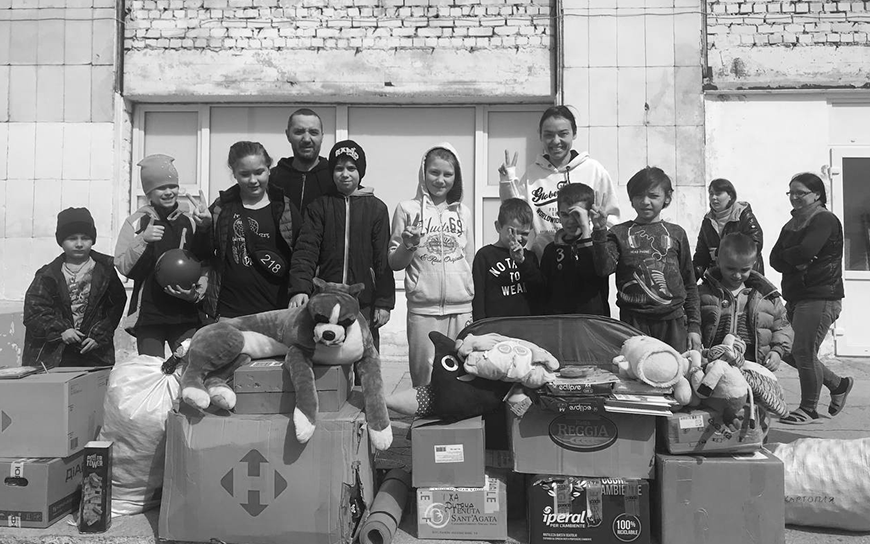 The group also set up a volunteer hub in the city’s Holy Dormition Cathedral, acting as a coordination centre for other volunteer centres in the city, an appropriate location in Poltava, a city long known as the ‘spiritual capital’ of Ukraine.
To date they have received and distributed more than 1.5 thousand tons of humanitarian aid to neighbouring regions, badly affected by the war, including the Kharkiv oblast.

Oleksii notes that this is highly technical work that had to be well organised from the beginning. “We have a logistics department, an accounting department, and people who are responsible for loading and unloading. We have an overall team of around 90 people. We put cameras in place in the warehouses. We ensure that everything is done transparently. We developed a system to ensure that the humanitarian aid is delivered to those who really need it,” he says.

He notes that Dmytro Nalyotov MP played an important role in this process, as he is in constant touch with other political actors around Ukraine.

In the first weeks of war, ZMIST and their partners played an important role in helping to evacuate people from war-torn regions, including from Kharkiv and Sumy. Oleksii relates that they sent in buses to these regions that were filled with medication, and then brought people out to safety, who had no other means of transport.

ZMIST also runs a medical warehouse, where pharmacists work to provide medicines to the local population, including thyroid hormones widely required in a region still suffering from the after-effects of the Chernobyl disaster, as well as basic medicines required by the armed forces such as anti-biotics, cold-remedies, and other common medications, as well as protective equipment. 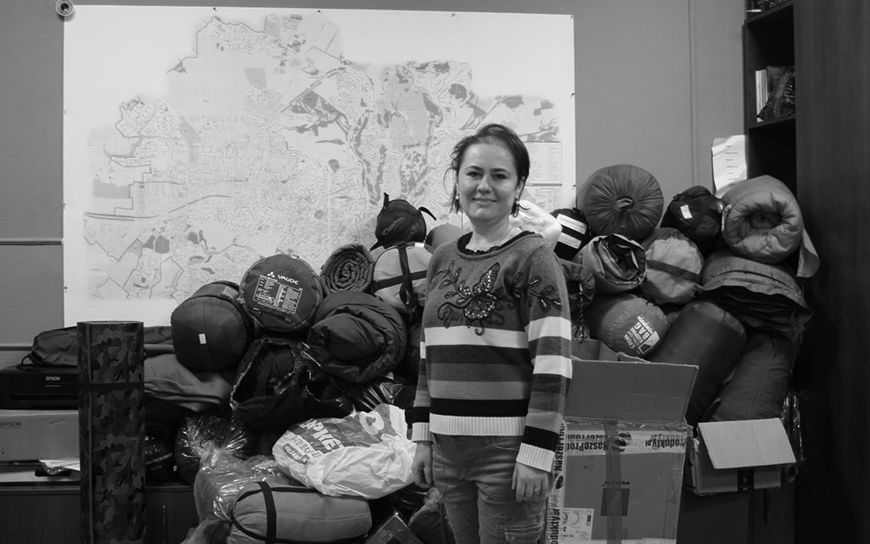 Keeping up the volunteer work

Oleksii admits that EED assistance, received during the early days of war, was crucial. “It meant we could pay salaries to our volunteers. They also need to live and to feed their families. Being able to pay them meant we were able to do our work properly and to support our volunteers so that they could work effectively,” he says.

With the war raging for nearly four months, the Poltava Volunteer Association is now struggling to obtain the humanitarian aid they need. “We are not receiving the aid we received from European countries a few weeks ago, and we are having to turn people away. While Poltava is still safe, the situation in the occupied zone is terrible and there are huge needs. More than 1,000 soldiers from our region have died in this war,” he says.

“The assistance we are getting from the European Union is helping Ukraine to defend ourselves. I am convinced we will survive this war by coming together as we are now,” he says in conclusion.