Countering disinformation in Syria and abroad

A Syrian fact-checking platform has recently launched an acclaimed guide on fact checking in conflict zones and is now a member of the prestigious International Fact-Checking Network. 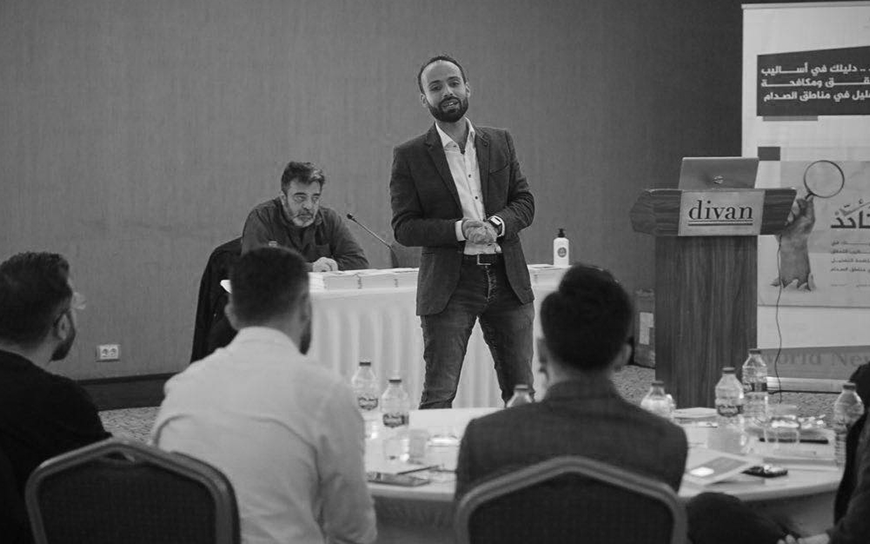 “Disinformation affects everything in people’s lives. Their mind and their opinions. Their health. Their politics,” says Ahmad Primo, founder and executive director of the Syrian fact checking organisation Verify Media Platform (Verify-Sy), an accredited signatory of the prestigious International Fact-Checking Network (IFCN) since January.

A journalist with many years of experience working in Syria, Ahmad says it was this realisation of the danger of disinformation at home that prompted him to found the Verify-Sy platform in 2016 in Turkey, where he now lives.

Disinformation and polarisation in Syria

“I asked myself, why when all Syrians co-existed peacefully before, despite our different religions and cultures, is our society now so polarised ethnically, militarily, and politically? I realised that a major reason for this is misinformation and the manipulation of facts by all the Syrian actors, particularly those directly involved in the conflict,” he says.

The Verify-Sy platform was created in response to what he calls ‘falsification’, which afflicted everything in Syria: "The state, the government, our homeland, our citizens, the parties to the conflict, society, officials. This forgery was strangling our nation and people, and turning us into a tool subjected to oppression,” he says.

Ahmad was well placed to understand the power of propaganda. He began his career at an Aleppo-based news website, closed by the Syrian regime when it reported on the initial anti-government protests that swept the country in 2011. He was arrested multiple times by Syrian intelligence agencies, and then by ISIS, when he moved to live in an opposition-controlled area of the country, and where he narrowly escaped a planned execution. 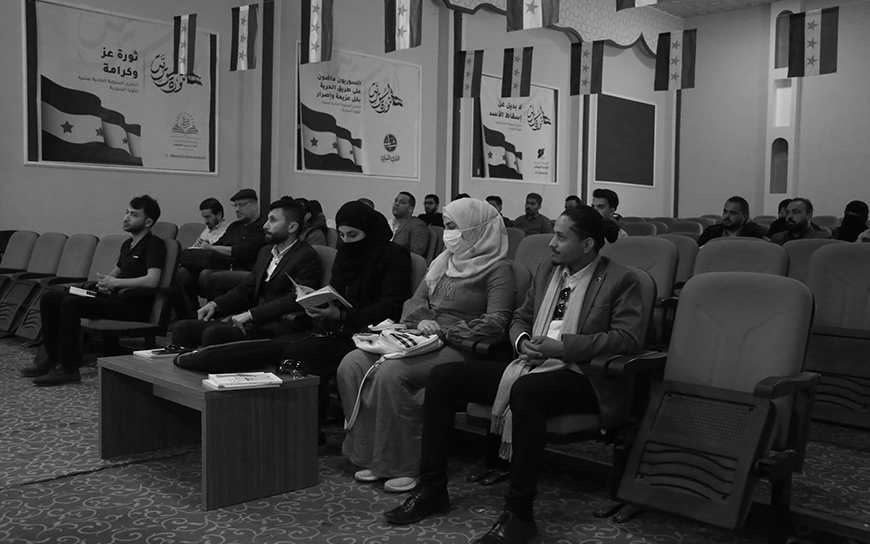 Debunking false news and training others to do the same

Over the past six years, the Verify-Sy platform has debunked thousands of items of false news, disinformation and misinformation via its website and social media platforms. Now increasingly, it is working not just to debunk false news, but to give others the tools and knowledge they need to recognise disinformation for themselves.

Explaining how the platform works, Ahmad gives the example of a popular video on social media. “It showed Kurdish groups in north-east Syria who stopped an Arab family at a checkpoint and assaulted them. Everyone was on the offensive, claiming it showed Kurds discriminating against Arabs. Using geolocation and information from local sources, we were able to prove that the video was not filmed in the Kurdish administration area. It was clearly an attempt to further disimprove relations between the two groups,” he says.

He admits that initially not everyone was convinced by Verify-Sy’s work with many accusing it of taking sides. “It took a long time to gain our audience’s trust and for them to understand we are non-partisan. We use the same methodology for everyone,” he says.

It is the platform’s work of raising awareness about disinformation that is a particular focus of its work these days. Over the past few years, the team has carried out many workshops in Syria, teaching people how to check news items and debunk fakes.

Ahmad already sees the fruits of this work. “If I compare how much misinformation we used to spot in the Syrian media and on social media sphere in 2020 before we started and now, there is definitely an improvement. We are beginning to develop the critical thinking of our audience,” he says. 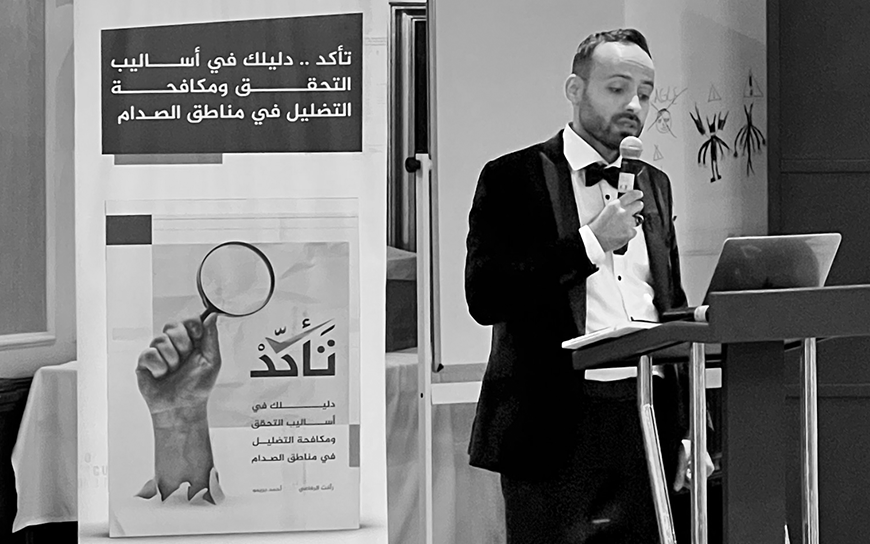 Producing videos and an educational game

As part of this work, in a collaboration with the Global Strategy Network (TGSN), Verify-Sy have released educational videos, some correcting specific pieces of misinformation, and others explaining how fakes are created and disseminated.

Inspired by the deluge of disinformation at the start of the coronavirus pandemic, the platform has also worked with TGSN to develop an interactive educational game ‘The Misinformation Vaccine’ for youth.

“Players take on the role of the propagator of one of the four conflict parties in Syria. We give them false statements, but at each stage of the game, we ask them if they want to check the information before they publish, and we provide them with the true statements,” explains Ahmad.

Working with influencers to counter misinformation

A key focus now for the nine-person Verify-Sy team is working with journalists and media activists, important ‘influencers’, as Ahmad sees them.

The team set up a fellowship programme for journalists, providing practical and theoretical training on countering misinformation, and to date two programmes have been run, with the second one focused on women journalists.

The team has also provided online fact-checking training to journalists in the north-east of Syria and in the regime-controlled area, and in-person training for media and journalism students at public universities in the opposition-controlled north-west Syria.

There was significant demand for a third fellowship programme in 2021, but Ahmad and his team set their sights further. “The real impact of our work has to be quantitative. As more advanced tools are being used, such as deep fakes, we felt that we had to train as many media professionals as possible.” 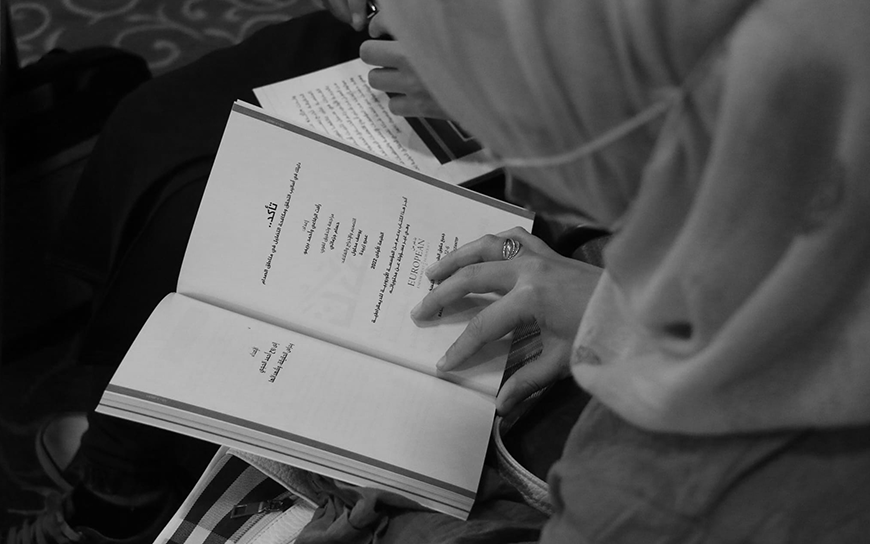 Launch of the new guide ‘Fact-checking in conflict environments’

With EED support, the team began work on a new guide, ‘Your Handbook for Verification Methods and Countering Disinformation in Clash Zones’, with the Arabic edition launched in Istanbul in mid-March. Speaking with EED, the morning after the guide was published online, Ahmad notes that it had already been downloaded 70 times. The English version is also due to be published soon.

“We tried to cover everything in the guide. We define misinformation, look at its history, at sources and how they are used. We explain tools that can be used to reverse images and make advanced searches. We examine how misinformation is used at different stages of a conflict and how it fuels war. We explain open-source technology that can be used to identify fake news. We also show how to bring war criminals to justice using this technology,” he says.

While the guide relies heavily on Syria as a case study, it also includes other international examples. Verify-Sy already has a global mindset. They are also involved in the Ukrainefacts initiative and work closely with other IFCN members on other projects.

Verify-Sy are now planning to develop an eLearning platform and to use more AI technology to produce further in-depth investigations with an international reach. As Ahmad says, “Misinformation has no borders. We need to share our work globally.”

They are also focused on fighting disinformation about Syrian refugees in Turkey to strengthen social cohesion and co-existence among refugees and host communities. Noting the rise in hate speech against Syrian refugees in the country, driven by misinformation, Ahmad believes this has damaged the relationship between Turks and Syrians, resulting in incidents of violence and discrimination. “With presidential elections in 2023, we are well aware that refugees could be used as leverage to further harm what is already a fragile social cohesion,” he says.