A media outlet serving its readers and community - and nobody else

An English-language media outlet that was set up last December is now the leading reporter and commentator on the war in Ukraine. It has millions of daily readers from across the globe. 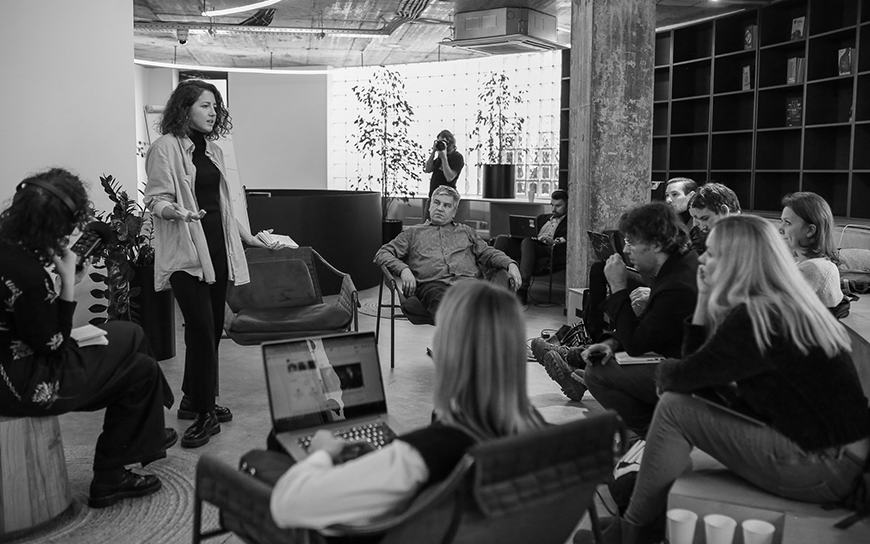 Since the outbreak of the full-blown war in Ukraine, the Kyiv Independent has emerged as a principal on-the-ground source of news from Ukraine with its definitive English-language coverage of events.

One of the outlet’s articles was cited by Ursula von der Leyen, President of the European Commission, when she addressed the European Parliament. Kyiv Independent journalists are frequently called upon for commentary by international television and radio networks, and have penned OpEds in international media such as the New York Times and the Guardian.

Led by Olga Rudenko as Chief Editor, and Daryna Shevchenko as CEO, the Kyiv Independent had near 11 million visits to its website in March, over 2 million subscribers on its Twitter account, and 50,000 subscribers on its Telegram and Instagram channels.

This is some feat for a media outlet set up just last December, thanks to an EED emergency grant and a crowdfunding campaign.

It was the abrupt closure on the 8 November of the Kyiv Post, a legacy English language paper in existence for over 26 years, that prompted the dismissed journalists to establish the new media. A paper widely read by the international community and Ukraine observers and policymakers, the Kyiv Post’s owner had announced his intention to take control of a newsroom that had always adhered editorial independence.

“We could not leave Ukraine without an independent English language media, at a time when there was so much happening. Russian troops were amassing at Ukraine’s borders in their tens of thousands. There was lots of news from Ukraine, but very little was being translated into English. We needed to make sure there was a media that could act as a bridge between Ukraine and the world. We had to act quickly,” says Daryna Shevchenko, in conversation with EED.

Within a week, the team had set up a daily newsletter ‘Ukraine Daily’, as they began to plan their next move. They also knew that the Kyiv Post owner was planning to re-open the paper with new staff, and that time was not on their side.

The journalists were determined to create a self-sustaining media company that had no links to the deep-pocketed oligarchs or politicians who control most other Ukrainian media.

The team began to contact potential funders, including EED, and launched Patreon and GoFundMe pages. They partnered with a local design company Dudka Agency, which developed the media’s website in just six days on a pro-bono contract. They contacted commercial partners and potential advertisers. The media is also partly owned by the journalists themselves. As Daryna notes, it was important for the new publication to have diversified funding sources. 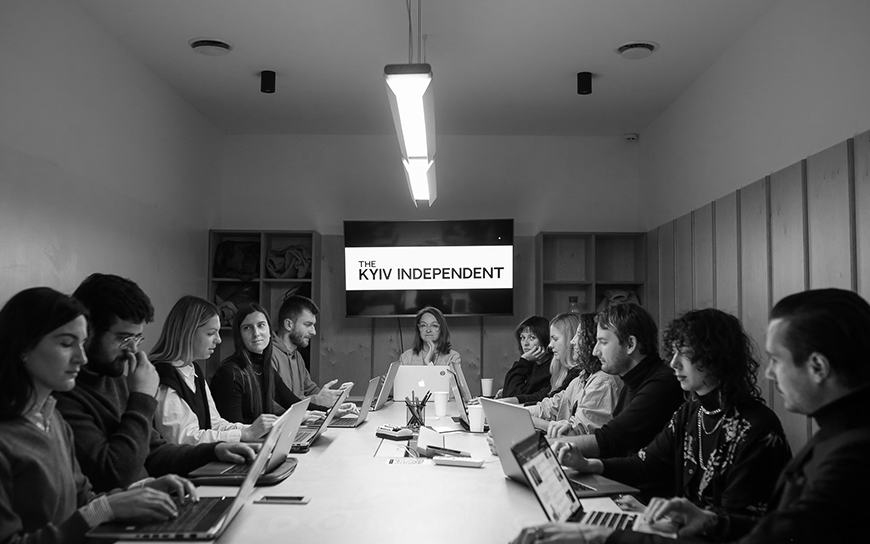 Kyiv Independent team on formation of new media prior to outbreak of war.

‘Serving readers and community and nobody else’

On 6 December, the new Kyiv Independent was launched in a collaboration between the journalists and Jnomics Media, and they began working out of a borrowed office. Olga Rudenko, previously deputy editor of the Post, was the journalists’ unanimous choice as chief editor of the new publication, as the previous Post’s long-time editor decided to take retirement.

As described on its website, the Kyiv Independent was set up as a media that sets out to ‘serve its readers and community, and nobody else’. This is one reason too why the media is accessible to all, with no paywall.

Daryna admits that at the time, none of the team, even the veteran defence reporter, Ilya Ponomarenko, believed that a full-scale Russian invasion would take place. Nevertheless, the team set about developing a contingency plan, speaking with donors, including EED, about redirecting funding in case the bank system collapsed, and planning meet-up venues in Kyiv in the event of war. 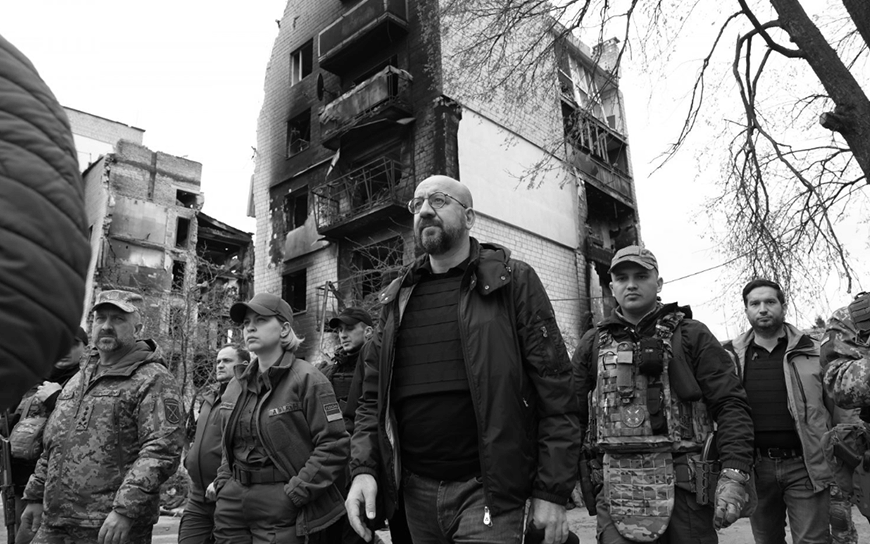 “Of course, when war broke out on 24 February, it was all very different. People had to think about their safety and the safety of their families,” says Daryna.

Most of the team moved to safer locations in the west of the country, but two reporters, Illia Ponomarenko and Anna Myroniuk, volunteered to stay in Kyiv from day one.

“We are very proud and grateful to them,” says Daryna. “We knew we could not assign stories in the occupied areas to journalists. It is too dangerous. But those two reporters volunteered immediately.”

The team began to work around the clock, and from day one of the war, they have ensured full and independent coverage of the many tragic events of this war, with constant updates on the outlet’s website and social media channels, as well as longer analytical articles.

Daryna admits too that it was a deliberate decision by management to give as many international interviews as possible to ensure Ukraine remains on the international radar.

“We had international exposure before the war started, as our beginnings were already dramatic. In the last few weeks, we’ve had thousands of requests for interviews, OpEds and explainers. Our policy is to accept them all, even though we are very understaffed. It’s vital that the world continues to talk about Ukraine, as the day Ukraine is no longer in the news, things will just get much worse,” she says.

Returning to Kyiv and planning for the future

Daryna is also thankful that the Kyiv Independent diversified their funding sources from the beginning. This has meant that, while the media faces funding challenges, it is in better financial shape than many other Ukrainian media. Their Patreon page has attracted 6,878 patrons to date, and a GoFundMe page has raised nearly €1.9 million. With the total collapse of the advertising market and no commercial revenue, this funding is essential for the outlet’s ongoing operations.

As CEO, Daryna is not just focused on the day-to-day, and is also trying to think of the future. “It’s difficult. We are in a hugely unpredictable situation. We don’t know what will happen,” she says.

She notes too that the weeks of war have been challenging for everyone in the team. “As a journalist, you focus on your job. You try to delay processing what is happening around you, but sooner or later you will have to. That’s scary. Many of us have good and bad days,” she says.

Today, some of the Kyiv Independent’s 20-strong team have returned to Kyiv, and they are beginning to come back into the newsroom, where they continue to cover the many gruesome events of this war.