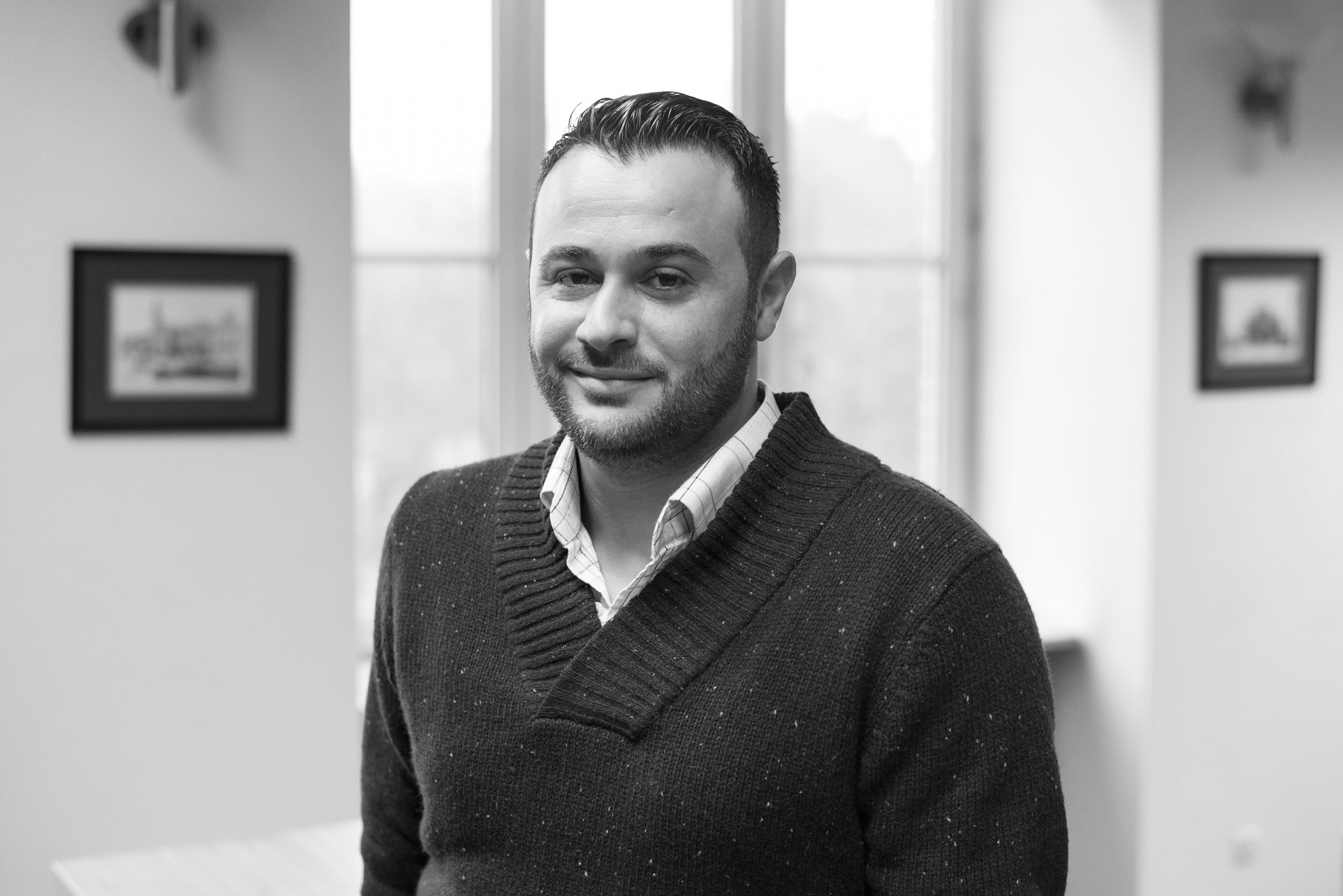 As a humanitarian aid worker at Mercy Corps, Ammar Youzbachi is responsible for helping Syrians displaced by the war adjust to their new life in Lebanon.

It’s a tough job that requires the 33-year-old Beirut resident to spend much of his working week in Lebanon’s overcrowded, poverty-stricken refugee camps.

Youzbachi has little time to unwind. Instead of relaxing with his family on weekends, he packs his bags and heads off to a camp in the country’s north.

“I travel to the Baddawi camp every Friday and return on Sunday. This causes weekly arguments with my wife!” he laughs.

Youzbachi is Palestinian. He was born and grew up in the Baddawi camp, set up in 1955 to harbour Palestinians who fled the 1948 war with Israel and, later, the occupation of the West Bank and the Gaza strip.

He is a longtime volunteer at the Arab Palestinian Cultural Club, an organisation helping young residents of the Baddawi camp break the cycle of poverty and isolation.

“We encourage young people to be more active,” says Youzbachi, who acts as the club’s spokesman. “Our goal is to help them build their future and play a more active role in society.”

Almost 450,000 Palestinian refugees currently live in Lebanon, more than half of them in camps. They represent as much as 10 percent of the country’s population. And although many of them were born on Lebanese soil, their status remains precarious.

Like the 12 refugee camps spread across Lebanon, Baddawi has grown into a permanent microcity plagued by cramped living conditions, unemployment, poor infrastructure, and, sometimes, violence. The camp is home to 50,000 inhabitants crammed into an area covering just one square kilometre.

In the absence of any official governance system, the camps are largely self-administered. Each camp is run by a public committee composed of representatives appointed by various political parties. As a rule, young refugees are all but excluded from the decision-making process.

The Arab Palestinian Cultural Club, set up in 1996 by a group of refugee university students, has worked hard to give young Palestinians a greater voice in the Baddawi camp.

“I was 13 when I joined the club, which I thought was the coolest place ever,” Youzbachi recalls with a smile. “There, I saw people in their 20s take the microphone and talk about the issues facing young refugees. It was something entirely new for me, I had never seen young people address an audience before.”

Over the past two decades, the club has built a strong following in Baddawi thanks to the wide array of activities it organises for young residents and the culture of solidarity it has fostered inside the camp.

Its representatives are still barred from sitting on Baddawi’s public committee, but Youzbachi says the club now wields enough clout to weigh in on important matters.

“We are influential without being tied to any political party,” he says. “We are always invited to take part in discussions whenever problems need to be resolved in the camp. We can’t change the way public committees operate from the inside, but we have changed the way decisions are made at the camp by pushing for our own solutions.”

Life as a Palestinian refugee is not much easier outside the camps.

Youzbachi is privileged. Two of grandparents are Lebanese nationals, which entitles him to a Lebanese passport and a number of rights denied to refugees.

Although many have university degrees, refugees are barred from holding legal employment in Lebanon, forcing them to perform underpaid menial jobs. They are not allowed to buy homes and their refugee status effectively prevents them from leaving the country.

An additional challenge for Palestinian refugees in Lebanon is the hostility displayed by many locals – a legacy of the bloody 1975-1990 Lebanese Civil War, in which Palestinian militants played a triggering role.

Youzbachi says his club, which has a number of Lebanese as well as Syrian members, has worked hard to challenge the perception that refugees are a burden to Lebanese society.

Volunteers like Youzbachi also play an instrumental role in combating the radicalisation of young refugees. Marginalised and lacking any real prospects in Lebanon, they make easy prey for extremist Islamic groups operating in the country.

“If they don’t come to our club, they will go elsewhere,” he says. “They are frustrated and have a lot of time on their hands. If we don’t fill it, others will.”

The club in Baddawi is open every day until midnight. It has a football club, a café, a makeshift recording studio, and 50 professionals teaching different disciplines on a voluntary basis. It offers film evenings, classes to prepare for the IELTS English-proficiency test, and, more generally, a sympathetic ear.

“We are not an organisation that works from 9 am to 5 pm,” says Youzbachi. “Volunteers live inside the community, they attend the club’s activities and interact with young people as much as possible. Anyone can drop by for a cup of tea and a chat.”

One of the club’s latest projects, funded by EED, produces television shows made by refugees for refugees. Camp Cast has already broadcast several programmes and recently convinced professional television producers to come and teach them the ropes.

I believe in bottom-up change. Step by step, we are bringing change to our camp and giving hope to the next generation of refugees."