Escape from the occupied regions of Ukraine

Escape from the occupied regions of Ukraine

An EED partner recounts her dramatic escape from the occupied regions of Ukraine. 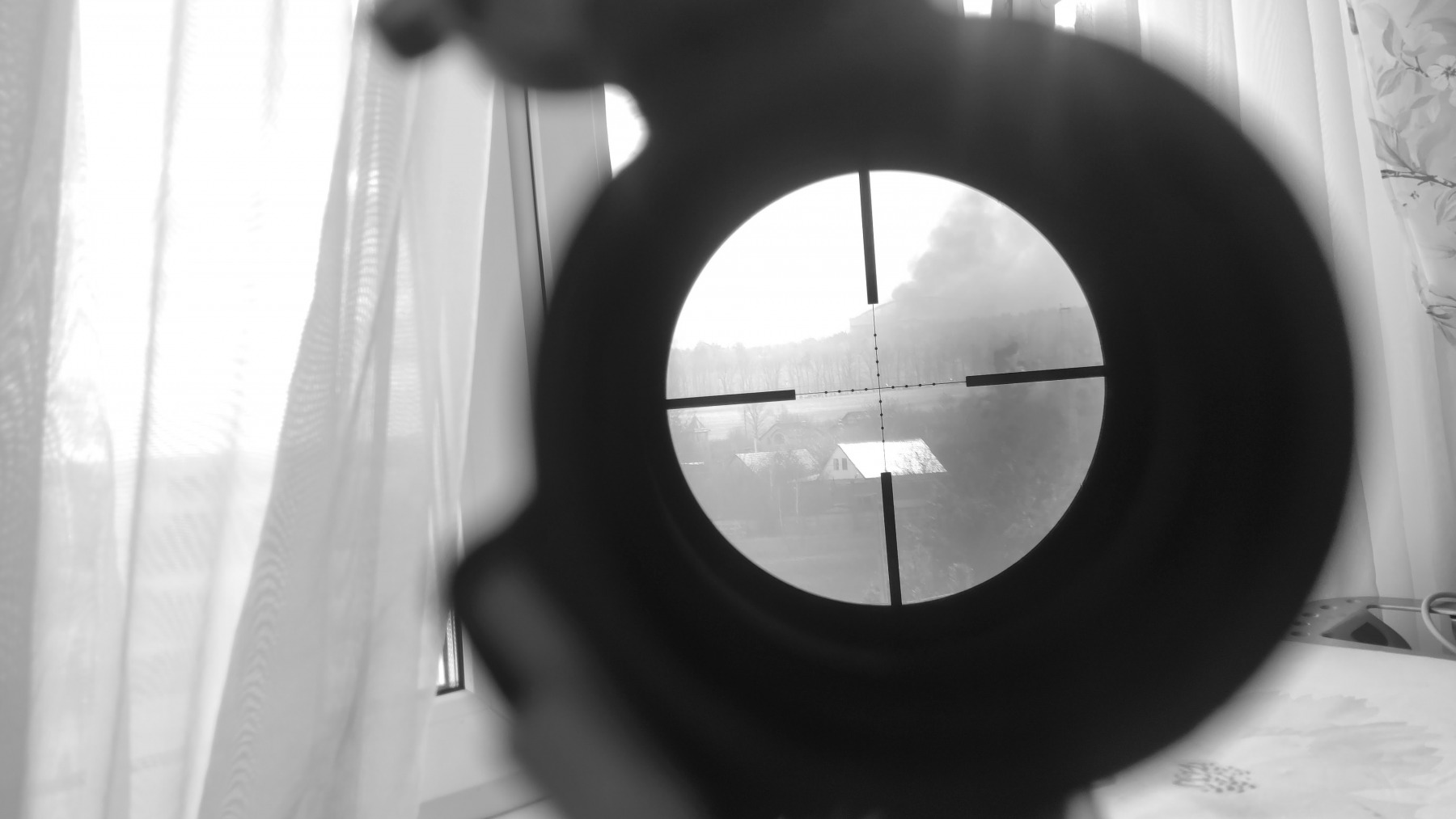 "On the morning of 24 February, when Russia launched its full-scale invasion of Ukraine, my husband and I travelled to the village of Lubyanka, in the Kyiv region, where his relatives live. We planned to get family members together and to then move on to western Ukraine. Then we would work out what to do next.

Lubyanka is located close Hostomel, Bucha and Borodyanka, all towns in the outskirts of Kyiv. From the very first hours of the Russian invasion, there was intensive fighting in the area, as the Russian forces fought to take control of Hostomel airport.

Events unfolded quickly that first day. The village bridges – the only access point - were blown up. There were Russian aircraft in the skies and large convoys of combat vehicles entered the area. The village was subjected to heavy shelling. Russian military quickly took control of surrounding roads.

We agreed to leave the next day and we began to plan our escape route.

No way to escape

On 25 February, from our window, we saw Russian military vehicles firing at a civilian minibus that was trying to leave the village. We witnessed another such incident with a civilian car the next day. We realised that there was no safe escape route and that we were surrounded by Russian military.

Stuck in the house, we kept ourselves busy. We monitored the movements of Russian armoured vehicles and passed this information to the Ukrainian side, helping Ukrainian artillerymen and other military.

We had a cell phone connection on the third floor, and we had occasional Internet connection. This made it possible to receive news and to help other team members still in the eastern part of the country, who were looking for accommodation and had other urgent needs. We also documented what was happening around us, and we took photos and videos.

A few dozen metres from our house, the Russians deployed their artillery positions to shell Hostomel, Bucha, Borodyanka, Makariv, Kyiv and surrounding areas. There was a constant presence of Russian aircraft and armoured vehicles. 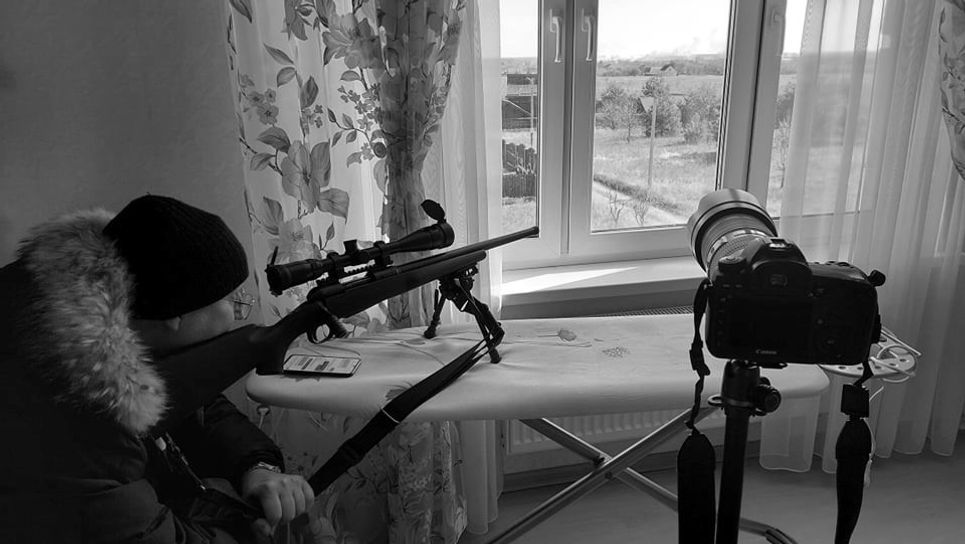 On the morning of 9 March, we saw a convoy of more than 50 armoured vehicles near the village and in the woods less than a hundred meters away from us. There were also ‘Kadyrovites’ present, militia of the Chechen President Ramsan Kadyrov. Russians began to enter our neighbours’ houses. We were only armed with hunting rifles, and we knew we could not fight off the soldiers.

We had already heard in official reports that Kadyrov units had entered our district, and that cases of looting and executions of civilians had been recorded. The mayor of Hostomel and two volunteers were killed when they were distributing bread and medicines to locals. Other civilians were shot at in their cars as they tried to escape to safer areas. We noticed military vehicles aiming guns at houses where we and others lived.

My husband and I took a rifle, ammunition, documents, cash, telephones, a power bank and fled into the forest. We could not take anything else with us. We had heard that laptops and video equipment were usually inspected by the Russian military and destroyed. The previous day, we had hidden other firearms and equipment in a safe place. We knew that by being in the house, we were putting its owners, a retired couple, in danger.

Walking through woods in sub-zero degrees

We had travelled about one kilometre when we heard a woman screaming, dogs barking and machinegun fire. There were large number of armoured vehicles around us. We tried to speak with the owners of that house, but they did not respond, so we decided to move on.

We continued walking through the woods, managing to bypass the positions of the Russian military, their outposts, camps and patrols. Once we waited for more than three hours in one location, while fighter planes were circling above us.

Around midnight, we reached the village of Buda-Babynetska. We made our way to an old abandoned house on the outskirts of the village and spent the night there. The Russians fired artillery from the village all night. We hid our rifle, some documents, ammunition and went into the village, where we asked locals for water and inquired about the situation in the area.

That night, it was about -9C degrees outside, and a strong wind was blowing. We didn’t have food or water with us, and we began walking along forest roads rather than through the trees. We came to a bus stop near the village of Mykulychi, 50 meters away from the Russian checkpoint. The village was already occupied. 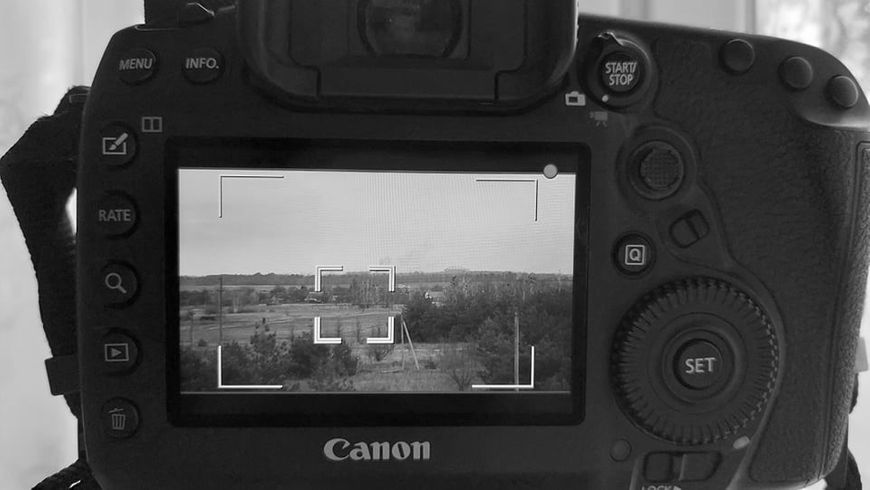 A local man put us up, and he gave us some food and offered to put us up for a few days until the weather improved, as very low temperatures were forecast for the next two days.

Our phone batteries were flat and we had no way of recharging them, and we had no map or compass. At that point, we had covered about 19 kilometres, and we still had 25 kilometres to go, and the situation around us was changing rapidly.

We spent the night in that house, and, in the morning, our local host told us that there were evacuation buses taking people out of the village through a ‘green corridor’. We were aware that such corridors are a Russian roulette. Sometimes people got killed during evacuations, but we also knew that escaping though forests in the occupied territories was just as dangerous.

We waited all day, but there was no evacuation. It was much later in the day that the man’s relatives contacted him for the first time and told him that they were alive and had managed to escape the village unharmed.

The following day, Ukrainian rescuers and Red Cross representatives arrived in Mykulychi on buses to evacuate people. We drove to Bilohorodka and from there to Kyiv.

We travelled in strangers' clothes, with no personal belongings. We had left all our equipment, firearms and car behind. But we were alive."