The Georgian Democracy Initiative and its team of lawyers won a landmark victory in the European Court of Human Rights last year. They are determined to keep fighting for human rights and to educate Georgians on democracy, human rights, and gender equality. 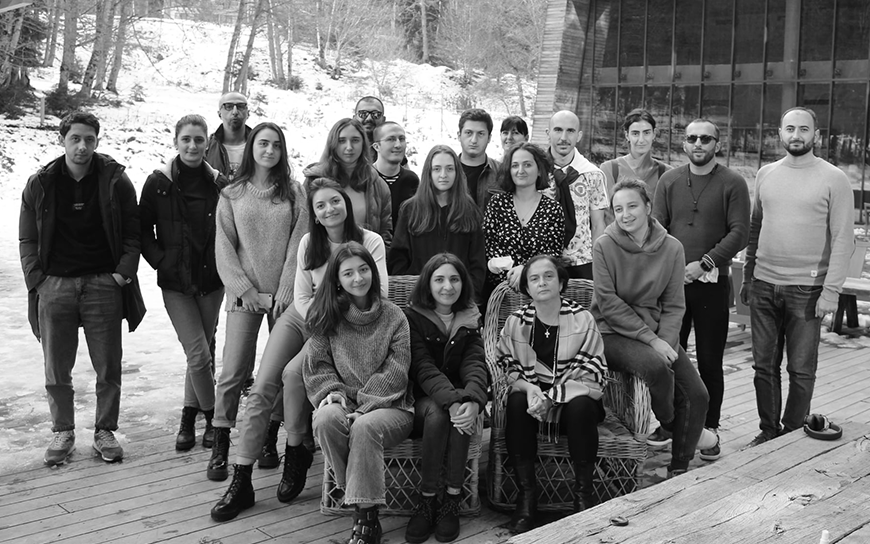 GDI's 18-strong team of experienced legal professionals and legal students works on three main directions. The ‘Civil and Political Rights’ programme deals with strategic litigation in court, issues of equality and anti-discrimination, and support to minority groups. The ‘Rule of Law’ programme works on judiciary reform and monitors the selection process of judges and the activities of the Georgian Council of Justice. Finally, the ‘Civic Education’ programme works with citizens, teachers and students to raise awareness of human rights and discrimination.

Marine Kapanadze, director of GDI’s Political Rights programme, is focused on strategic litigation. EED support means that today, GDI can give particular attention to media freedom and defamation cases brought by state authorities against privately-owned broadcasting companies. Often these high-profile cases are challenging since strategic litigation in court means challenging the government. However, they are also important within Georgia’s highly polarised media landscape that has narrowed the space for impartial, non-partisan reporting.

“Individuals accusing journalists of defamation are often backed by the Ministry of Internal Affairs, and they are motivated by a desire to prevent the media from broadcasting any criticism of the government,” says Kapanadze.

GDI also works to defend the rights of minorities in Georgia, including ethnic and religious minorities, as well as the LGBTQI+ community. Last year, GDI provided legal support to fellow EED partner Tbilisi Pride, assisting them in meetings with the authorities in the run-up to the 2021 Tbilisi Pride Week.

After the attacks on Tbilisi Pride activists by homophobic far-right groups on 5 July 2021, GDI provided legal aid to activists and journalists, helping to communicate with the law-enforcement agencies . The organisation published a report, ‘March of Dishonour’, detailing the human rights violations that took place that day and noting the government's failure to protect the LGBTQI+ community. 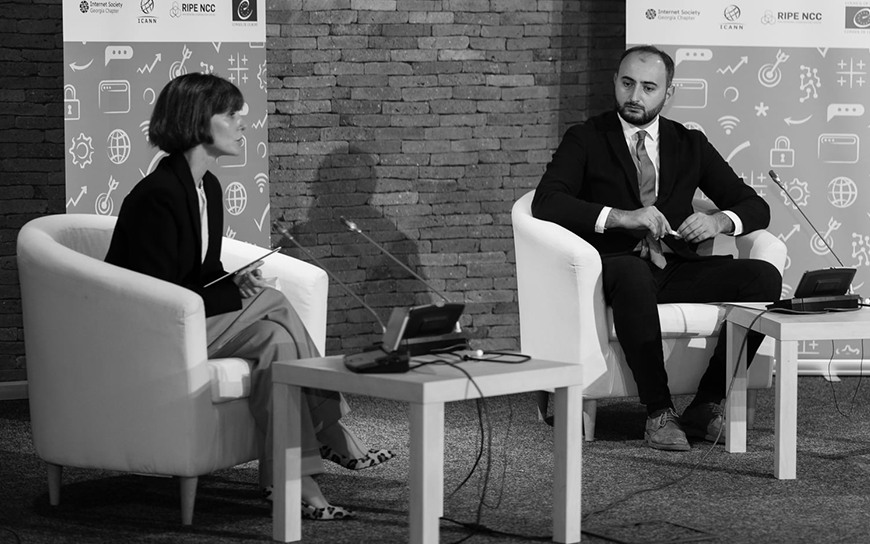 Educating the youth about human rights

GDI devotes much time and resources to educating the general public, particularly the younger generations. The team’s trilingual website Civiceducation.ge – available in Georgian, Armenian and Azerbaijani – has a particular focus on the needs of minority students and it includes video classroom resources on democracy, human rights, and gender equality aimed at teachers and their students. It has seen a spike in visitors with the shift to online education during the pandemic.

GDI also organises the Civic Education Olympiads – Last year around 1,200 students took part – and it works closely with teachers in the capital and the regions, often raising taboo topics not included in the national curriculum. In 2020-2021, for instance, GDI initiated discussions on LGBTQI+ issues in the classroom.

“At the beginning we were afraid to tackle this topic as part of our anti-discrimination campaign, because Georgia is a very conservative, religious country,” says Kapanadze. “In reality, most teachers were interested and willing to discuss discrimination against LGBTQI+ individuals with their students. For us, this is proof that they trust us and our work.” 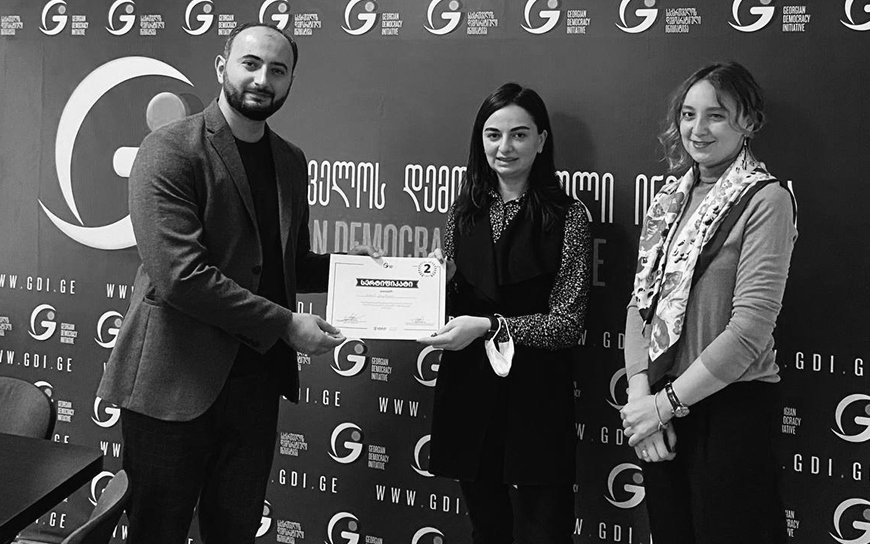 A difficult relation with the government

It is more challenging for GDI to work with the government since the authorities’ violent response to demonstrations during 2019.

“We don’t want to talk to them just so they can tick a box and say that they spoke with civil society, while they ignore our requests,” explains Kapanadze. “There’s no room for dialogue, and there is a lack of political will to fight human rights abuses. The ruling party controls the judiciary system. In my view, we are shifting towards an authoritarian regime and our European perspective is under danger.”

Kapanadze still believes that change can come from society, despite the deterioration of the political and human rights situation. “I have no faith in the government, but I have faith in society. I think there’s a strong love for freedom among Georgians, and our work can help them believe that change is important and necessary,” she says. 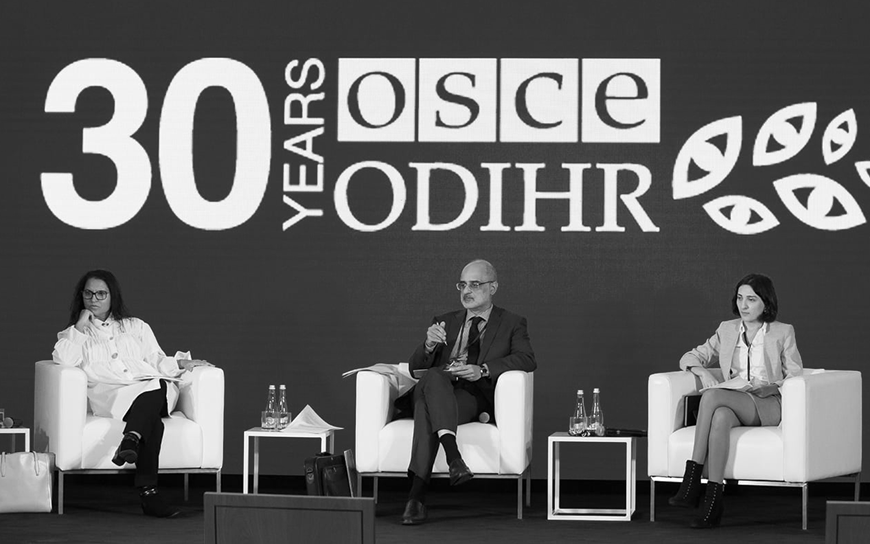 A victory at the European Court for Human Rights

Last summer, the team achieved a landmark victory at the European Court of Human Rights. Georgian courts had ruled a Georgian condom company’s advertising violated moral principles. The company was using images associated with religion and national identity to trigger public discussion on taboo issues in Georgia. GDI brought the case to Strasbourg.

The victory galvanised the GDI team, as did EED’s financial support. “We are able to focus on media freedom at a time when journalists are increasingly under attack,” says Kapanadze.

As GDI approaches its tenth anniversary, the team is planning to broaden the scope of its work, focusing on state surveillance, police brutality, and civic education in the run-up to the 2024 parliamentary elections.

Kapanadze also wants to establish more active communication channels with citizens. “We have to overcome citizens’ basic lack of trust in civil society, by using clearer language and talking from their perspective. We need to show them how these issues impact their daily lives,” she says.