During regular business hours, Polina Ceastuhina, 28, works as a communication expert at a creative agency in Chisinau. Victoria Apostol, 27, is employed at a human rights group in the Moldovan capital. 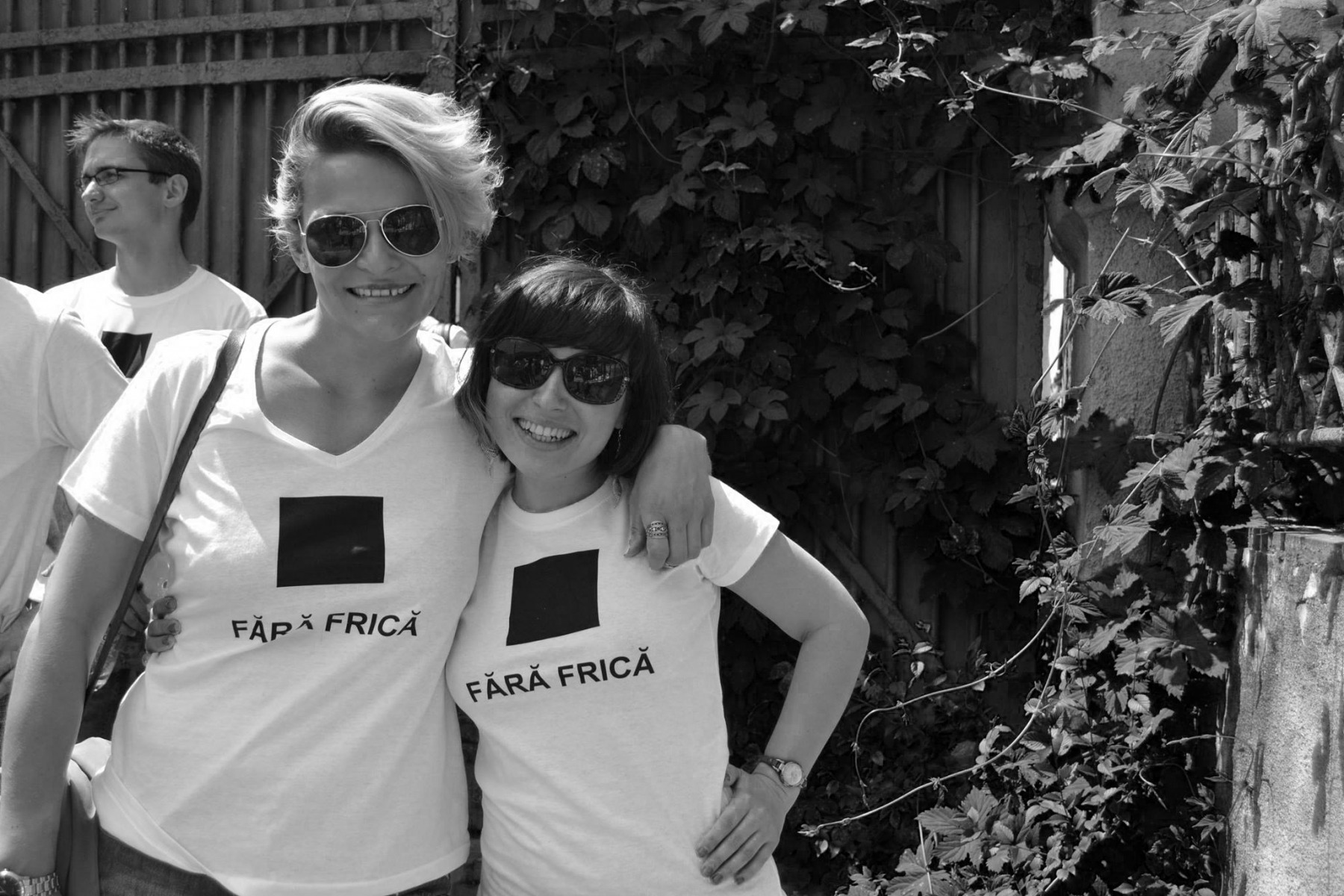 In their free time, however, the two young women share a common mission: show their compatriots that “feminism” is not a bad word.

Ceastuhina and Apostol run the Group of Feminist Initiatives, a movement aimed at promoting gender equality and challenging patriarchal attitudes in the former Soviet country.

The pair, who both hold degrees in gender studies from foreign universities, knew they faced an uphill battle when they ventured into feminist activism in late 2014. Although Moldova has its fair share of successful women, traditional gender roles are rarely questioned and many Moldovans, including women, remain wary of feminism.

“Post-Soviet societies are very patriarchal, notions of how men and women should interact are deeply ingrained,” says Ceastuhina. “Even businesswomen, women in positions of power, fall back into traditional roles at home.”

Moldova already had several NGOs advocating gender equality and greater representation of women in politics when the Group of Feminist Initiatives was formed. But according to Ceastuhina and Apostol, all of them shied away from describing themselves as feminist organisations.

The two women were the first to publicly identify as feminists in Moldova, and it wasn’t long before their bold stance gained attention in Chisinau.

Their reading clubs focusing on gender-related issues, which they advertised on social media, quickly drew a steady audience. They soon teamed up with GenderDoc-M, a national LGBT rights group, to stage the country’s first-ever feminist march in spring 2015.

The group also made waves by actively battling discrimination of women in the public sphere, particularly in politics. It backed a campaign to introduce quotas for women in parliament and in 2015, it wrung a formal apology from Chisinau Mayor Dorin Chirtoaca after he made sexist remarks about a female rival and declared that “standing for mayor is a man’s job.”

The Group of Feminist Initiatives has since broadened its scope to raise awareness of other aspects of gender equality that are not explicitly tied to feminism.

Between March and August 2016, Ceastuhina and Apostol organised six EED-funded public lectures on the topics of gender expression, the challenges faced by single mothers, discrimination against Roma women in Moldova, body and identity, the rights of sex workers, and the role of the government and the Church in sexual education.

The goal, Apostol explains, was to break stereotypes by providing a platform for vulnerable or marginalized groups to talk about their experiences.

“These issues are very rarely discussed in Moldova, and when they are it’s usually from a stereotypical, biased perspective,” she says.

The lectures, which featured prominent activists, politicians, and experts from Moldova and beyond, were a resounding success.

“The hall was always full, sometimes there weren’t even enough chairs,” says Apostol. “We had initially planned for the lectures to last an hour but they ended up lasting much longer, people kept raising their hands to ask questions. Some of the sessions went on for two hours and would have continued if we hadn’t ended them because the speakers were exhausted.’

To reach a wider audience, the sessions were live streamed and videos of the lectures were posted on social media.

Ceastuhina and Apostol say the lectures were an eye-opening experience for many members of the audience, some of whom approached the activists after the events to share their thoughts.

When people start reflecting on their own prejudices, that’s when you know you are having an impact, says Ceastuhina.

Both are now regularly invited to speak at various public events, lectures, and talk shows in Moldova. But they are aware that their capacity to change attitudes in Moldova remains limited, and as Apostol stresses, their goal was never to dominate the public discourse on feminism and gender equality in the country.

“Our idea was to encourage people who come to our events to organise their own initiatives or to integrate gender perspectives into their own projects,” says Apostol. “We see that this is already starting to happen.”

The group, in particular, has prompted a number of men to promote feminism and publicly brand themselves feminists.

Ceastuhina and Apostol say the EED sponsorship, the first grant they applied for, was ideally suited to their needs as a small, unregistered group. The funds were spent on renting premises for the lectures, on live streaming expenses, and on covering travel and accommodation costs for the speakers.

They now have ambitious plans to launch the first Romanian-language online resource for feminist literature. They are determined, however, to remain a grassroots movement relying on volunteer work.

“There is a perception in Moldova that official NGOs are motivated chiefly by the prospect of receiving grants,” says Ceastuhina. “We have full-time jobs so we are not interested in getting paid for our activist work, we want to continue operating as an informal, unregistered movement. This is very important for us.”