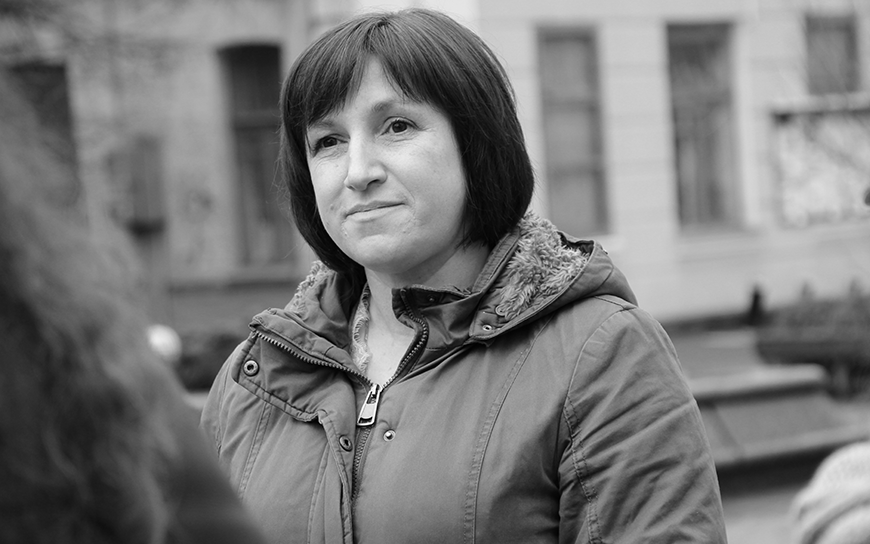 Taisa Hayda, a native of Vinnytsia, in central Ukraine, used to be a journalist who specialised in writing economic articles and analyses for a local newspaper. She was content with her life, but in 2014, she and millions and her fellow Ukrainians saw their lives upturned during the pro-European and pro-democracy Revolution of Dignity.

Hayda and her husband joined Automaidan, a vocal and visible group of protesters who conducted high profile car rallies to the residences of prominent members of former President Yanukovych's regime. In 2015, Hayda was elected to lead Automaidan in Vinnytsia; under her helm, the organisation has become an important local driving civic force. Last year, Hayda's leadership was confirmed for a further five years. 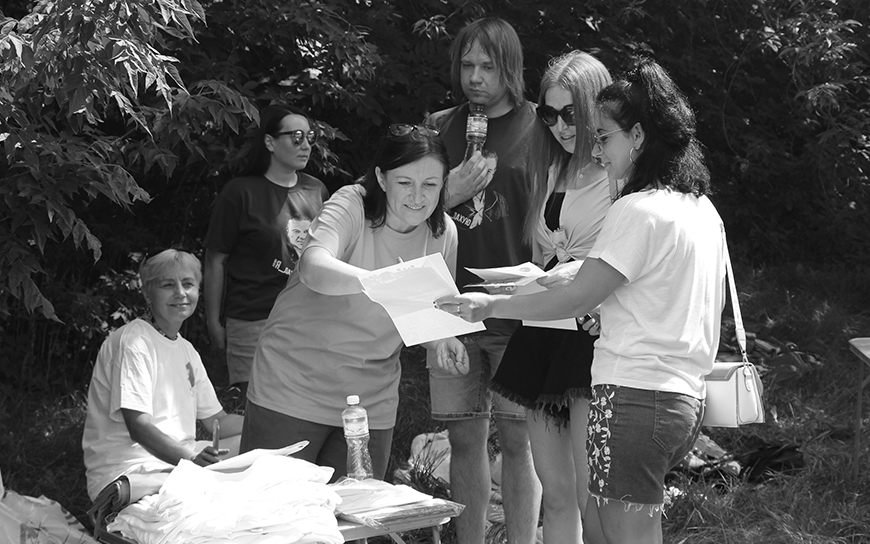 The Automaidan movement is known for organising protests against illegal constructions approved by corrupt public officials and local politicians. These protests have often seen demonstrators remove fencing from sites, and in some cases too, activists have brought cases to court, as Automaidan Vinnychchyna did in 2020 and 2021.

“We became aware of an illegal construction in the Castle Hill area of the city,” recalls Hayda. “Local inhabitants started to protest against it and asked us for assistance.”

At that time, Automaidan Vinnychchyna had begun to implement an EED-funded project to support local activists that included a legal assistance component, and they were able to hire a lawyer to advise on the formal and legal issues between local inhabitants and the authorities.

Automaidan won the case in court and construction works on the site were halted thanks to a combination of Automaidan’s skillful advocacy, communications activities and this legal action. After this victory, local authorities approached local activists to create a community park on the former construction site.

When word got out about Automaidan’s victory, other local civic activists hoping to create community parks contacted the team. “Right now, we are negotiating with city officials for the creation of at least three parks. One of the projects aims to transform a dirty local lake into a wetland park. I see these environmentalist projects as our small contribution in the fight against climate change,” says Hayda.

She believes that Automaidan’s advocacy successes are largely due to the group’s new website, their main tool of communication, which was revamped as part of the EED grant. The website includes details on corruption in the city and related investigations, and its existence means the team are no longer dependent on local media for publicity. In the past, local media have provided recitent about publishing stories on Automaidan’s work. 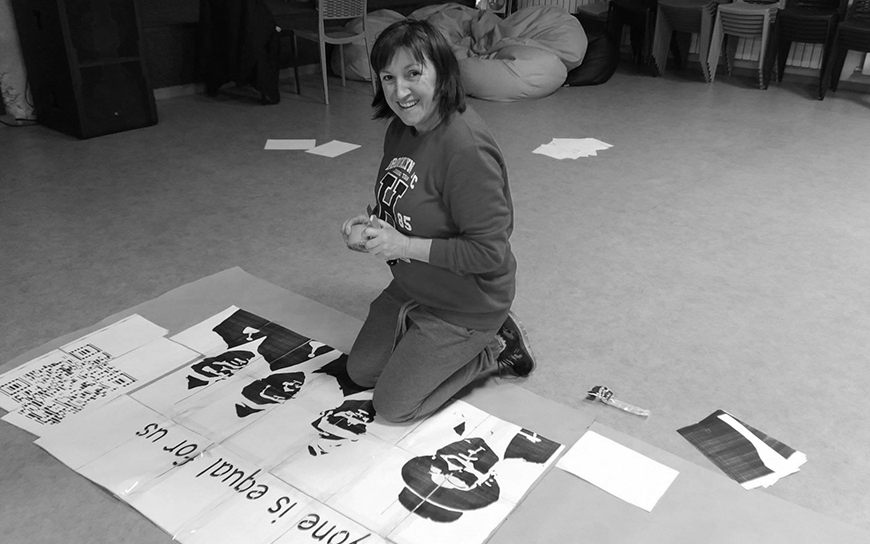 Behaviour and attitudes of public authorities is evolving

Hayda is aware that law enforcement agencies, including the police or the prosecutor’s office. are also monitoring their website. “We were told that prosecutors have started proactive criminal investigations based on our articles,” she says.

Automaidan's work has also affected how the authorities operate. “Now that we have won two cases against the city council, amd the court published all the proceedings and final verdicts on their website.” For Hayda, this is an important shift in attitudes of Ukrainian local public authorities, as most are traditionally hostile to all civic initiatives and groups.

She admits that local city council employees frequently assist Automaidan, providing off-the-record advice on dealing with their institution, on winning legal battles and effectively monitoring the work of local authorities.

With Automaidan well-known across the Vinnytsia region, more groups and initiatives are keen to work with the team and to benefit from legal and information support and consultations.

“We are proud that we helped three local groups to create their own fullly fledged NGOs that continue the same mission of empowering people to keep the state and the authorities accountable,” she says.

Hayda is particularly pleased that some older people have approached Automaidan for assistance, noting this as a sign that they now believe they can finally have a say in local life can fight for their rights and interests.

“These people lived in the Soviet Union, and nobody took them seriously or cared about their views,” she says. “Now, thanks to our help, they are able to shape the decisions of local authorities. This makes them happy and proud.” 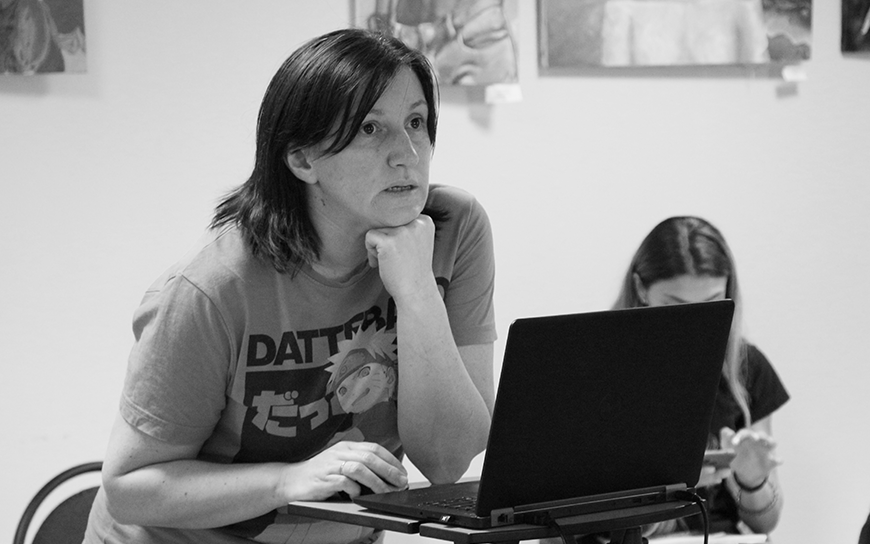 Automaidan Vinnychchyna recently teamed up with 27 other local NGOs with a proposal for the city council to create a community hub for war veterans, their families, and the families of those who have lost relatives in the war of Russian aggression against Ukraine. This hub is place where people can meet and and discuss challenges they face, including psychological challenges and more pratical ones such as how to protect veterans' and their families' rights, including the right to use public transport free of charge.

Hayda is planning to organise a documentary theatre performance. She wants to tell the story of a fallen soldier from Vinnytsia, a young man, who joined the army as a volunteer to defend Ukraine against Russian aggression in the East. She was given his diary by the man’s grandfather.

“We have already started to contact various local philanthropists and private donors and their reactions are \positive,” she says. “I see this performance as a new way of strengthening and maintaining links and ties within our city and community.” She believes that the public support of such projects and further local advocacy campaigns on behalf of local inhabitants could lead to the sustainability of Automaidan Vinnychchyna’s activities.

Hayda is grateful for EED’s support. “We were able to refine our mission and to hire new colleagues and professionals, including our lawyer and communications manager, who have helped us to redefine the scope of our activities and helped us to plan for the future,” she says.