Using art criticism to spark a debate on political topics 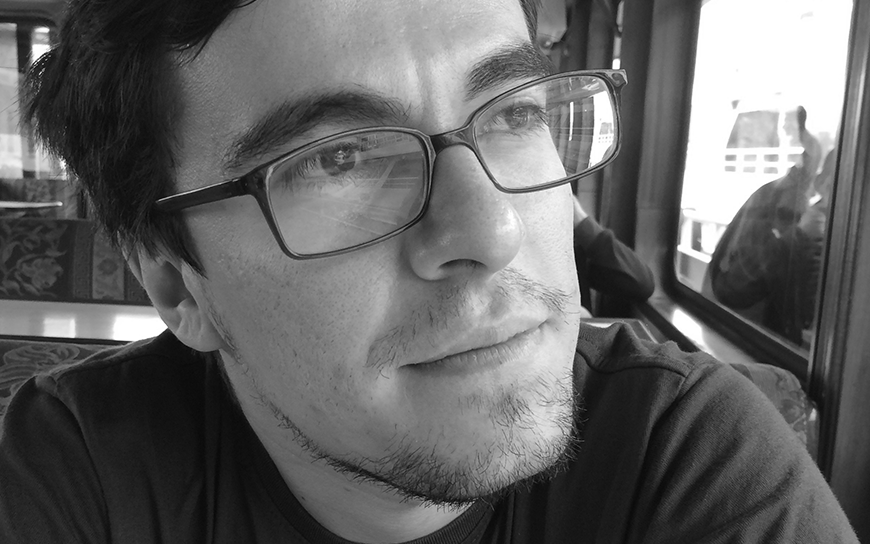 For arts journalist Kültigin Kağan Akbulut, political science was the gateway to contemporary art criticism. As a political science graduate and LGBTQI+ activist, Akbulut was well placed to appreciate the political context, and to document the work of artists who might otherwise be ignored. His online arts magazine Argonotlar now provides a platform for many established and emerging Turkish artists and writers.

Concerns about democracy have been the backdrop to Akbulut’s life. When he was coming of age in the conservative Turkish city of Konya, the national political landscape was gradually being dominated by the Justice and Development Party (AKP), through which President Erdoğan eroded the democratic system and took over the levers of power.

The fact that Akbulut’s family and neighbourhood were more secular helped develop his world view. His main passion as a teenager was movies. He devoured issues of the film magazine Altyazı and, to this day, periodicals are his preferred medium to explore a topic in depth – both as a reader and writer.

By the time he came to study at Boğaziçi University in Istanbul, Akbulut was mainly interested in the social commentary and political aspects of film.  A degree in political science seemed like a good choice. But art was waiting in the wings, as he explains:

“The last elective course I took was in contemporary art. I discovered the joy of contemporary art and started writing about exhibitions. This form of art can open up the debate on many topics, from nationalism to gender issues to urban problems.”

After university, Akbulut continued to focus on freelance writing for film and contemporary art magazines. In time he was offered a weekly column in one of the most successful independent online media outlets in Turkey, Gazete Duvar.

This was a productive period when Akbulut was also involved in LGBTQI+ activism. As his writing career progressed, he was gripped by the idea of setting up his own arts magazine. The trouble was, how to make it work?

“This was seven years ago, when no one knew how to make money from online publications. I followed international and Turkish media looking for models. I saw there were other people thinking about this issue. It’s easy to set up a website but the challenge is how to make it sustainable.”

The breakthrough came when Akbulut came across a newsletter platform. This allowed him to create a prototype for his online publication in the form of a weekly newsletter.

“It’s a way of building a community. I was one of the first people in Turkey to start a journalistic newsletter – a contemporary art newsletter. I saw that people were interested in my newsletter and my editorial choices.”

Akbulut spent two years working for the Turkish anti-censorship Speak Up Platform, whose aim is to combat restrictions to freedom of expression imposed on organisations and individuals active in the arts and media.

In January 2021 he received EED support for his new independent arts magazine Argonotlar. The funding has allowed Akbulut to make his concept viable. With two full-time and two part-time staff, as well as a pool of 20 to 30 paid freelance writers producing content, Argonotlar has rapidly built up its profile and capacity to cover the contemporary arts scene.

Reflecting on the intersection of culture and politics

Independent is the key word here. “Of the three other contemporary art magazines in Turkey, one is published by a large gallery and another is owned by a big construction company. They are not independent,” Akbulut explains.

“We are always looking for the authentic arts moments; our focus is on queer art, small initiatives, things happening outside Istanbul.”

Argonotlar plays an important role in investigating and reflecting on the cultural scene as a whole, and analysing its political dimensions and relevance.

Recently, Argonotlar responded in a comprehensive way when a controversial Kurdish art exhibition in the city of Diyarbakır sparked a heated debate. The topic was the historical memory of state repression and one of the main exhibits included brightly painted coffins stuck to a wall.

“We got involved by focusing on the political side of the art, enlisting different voices to comment on the exhibition. Unlike other media in this space, we are free to use terms like genocide, the Kurdish issue, and to mention the PKK.”

On the practical side, Argonotlar is investing in developing its technical infrastructure, with the help of the EED grant. A new events calendar is being created, which is also technically demanding.

Akbulut has a strong network and active plans on how to develop content reach through various collaborations. He is confident that he will also be able to develop advertising and other revenue schemes and develop a diversified model including subscribers, donors and advertising.

A welcoming space for LGBTQI+ artists

The online magazine is a welcoming space for women and LGBTQI+ artists and writers. The other full-time editor, Seçil Epik, is a well-known feminist and literary critic.

“In our EED application we set a target of 65 per cent representation of women and LGBTQI+ among the artists featured and writers commissioned,” Akbulut says. “But we are close to 90 per cent at this point. Women and LGBTQI+ people have a big impact but are not seen by the media who want to focus on the big-name financially successful male artists.”

The Argonotlar team is part of LGBTQI+ activism in Turkey. “It’s not just something we choose to focus on or have a policy about, it’s who we are.” Akbulut is willing to feature artists whose work is sexually explicit, which can be a barrier to media coverage elsewhere. He sees his task as making sure the work is recorded and discussed.

Artists who address anti-militarism, feminism, LGBTQI+ and social issues in their work find themselves in a pro-democracy position, in opposition to the state.

“Contemporary art can be part of the political debate and the fight for democracy and this is why I love it. The state is afraid of contemporary art. It can broaden our perspective to a much more colourful space.”