Protesting for cleaner air in Rustavi

Environmental activist group Gavigudet is working to reduce pollution in Rustavi, the industrial centre of Georgia. 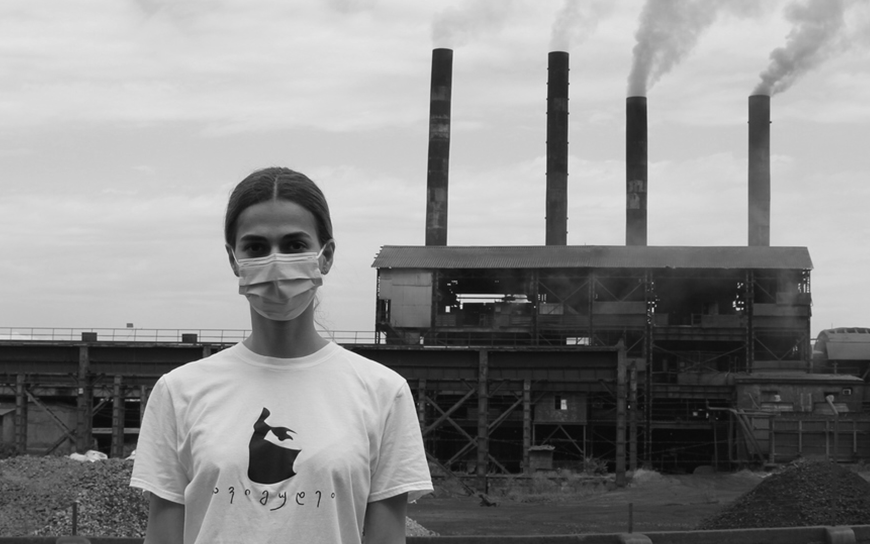 For more than 20 years, Tinatin Maghedani had no idea her hometown of Rustavi was one of the most polluted areas in Georgia. A forty-minute drive from the capital Tbilisi, Rustavi has been an industrial centre since the Soviet era and is nowadays home to around 50 factories. Situated in the outskirts of the city, many of them are not complying with environmental laws.

The relatively remote location of these factories makes it easy for people to ignore their existence. It was not until 2019 that Maghedani saw them for the first time when she stumbled upon a Facebook post by the environmentalist organisation Gavigudet (‘We are suffocating’ in Georgian) detailing the quantity of harmful emissions from the factories.

Two years later, Maghedani is now the leader of Gavigudet, having left a well-paid job to join the organisation and devote herself completely to environmental activism.

“You don’t realise how bad something actually is until you see it with your own eyes,” she says in conversation with EED. “This is why we now organise visits for citizens of Rustavi to the industrial area, so that they can truly understand the scale of the problem. People mostly work and study in Tbilisi, only coming back to their homes in Rustavi to sleep, so they might not be aware of issues affecting their city - just as I was unaware a few years ago.”

Gavigudet regularly monitors air quality in Rustavi, and the findings are shocking. For approximately 281 days each year, air quality in the city is classified as ‘bad’ or ‘very bad’.

The group regularly posts this data on social media, together with videos and pictures of the factories, to raise awareness of the issue among the local population. The strategy seems to be working. “In pre-election polls, the majority of Rustavi residents named pollution as one of the top three most urgent concerns,” says Maghedani. 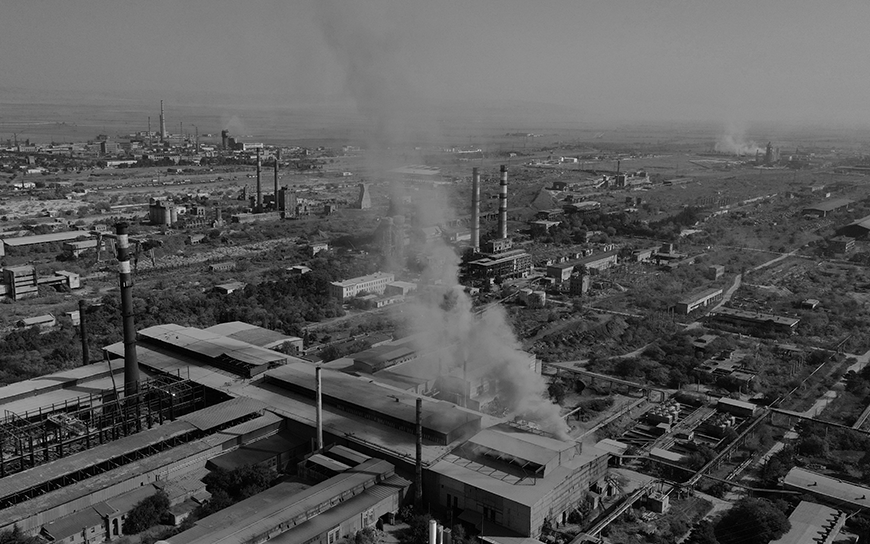 Working with the local and national government

Gavigudet also pushes for legislative changes with the local and state authorities. They contributed to the drafting and development of the 2020-2022 Action Plan for the Improvement of the Atmospheric Air Quality of Rustavi City, making sure that the needs of the population were included in the plan. Thanks to EED funding, they are now monitoring the plan’s implementation by local and central authorities.

The Gavigudet team advocated extensively a new law on environmental liability and other pollution-related legislative changes by the Georgian parliament, which were recently approved. These changes significantly increase fines for environmental pollution - they used to be so low that enterprises preferred to pay them rather than upgrade outdated equipment.

The law also allows the environmental supervision office to suspend the operations of polluting factories without having to wait for a court order, which can often take months or even years to obtain. Finally, the law requires 24 factories in Rustavi to install special monitoring mechanisms in their chimneys, which will automatically signal dangerous emissions levels to the relevant authorities.

Maghedani admits that getting this new law passed was a long and difficult process. The parliament kept delaying the three hearings necessary to approve it, but Gavigudet persisted and continued protesting and demanding clear deadlines for the adoption of the law. It is largely thanks to their hard work that it was eventually passed.

She explains that Gavigudet has always been ready to cooperate with the authorities to solve the environmental issues in Rustavi.

“We do not just protest. We want to offer concrete solutions for the needs of the citizens of Rustavi. But at the same time, we need to hold the authorities accountable for not doing their jobs,” she says. 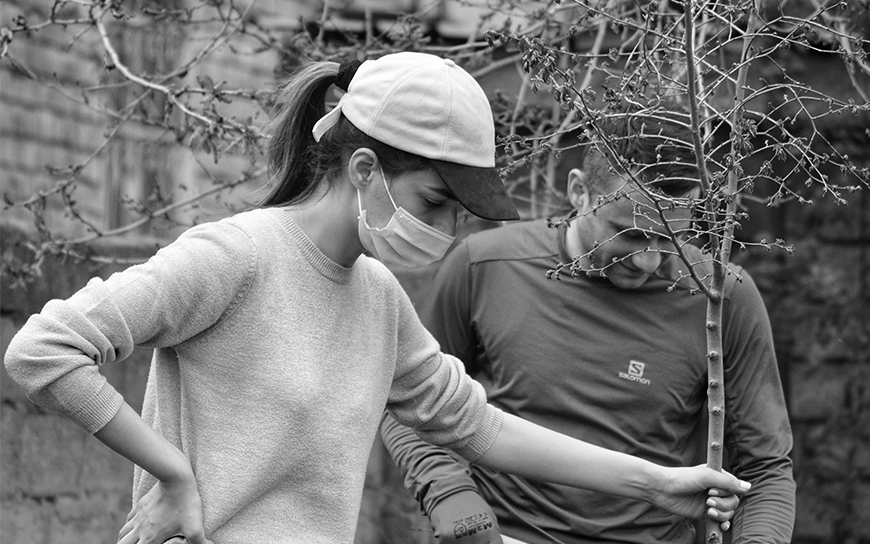 Gaining the trust of Rustavi citizens

Maghedani also admits that there is a delicate balance between the need for better air and the fact that many people in Rustavi are employed by the factories.

“We have never requested their closure,” explains Maghedani “Georgia is a poor country, and every single job is important. One person working at a factory might have to feed three or four other people with their salary. We just want the enterprises to respect regulations so that our citizens can breathe clean air.”

This approach has clearly contributed to Gavigudet’s popularity in Rustavi. While the core team is a small group of five people, there are many more who are happy to support the organisation on a voluntary basis. Even Maghedani’s family is now involved in Gavigudet: her mother is a team member, while her father helped organising a tree-planting campaign. And the local architect who helped with designing the green space for the tree-planting campaign is now her husband.

Social media has also helped Gavigudet to gain a reputation as an effective environmental NGO. It is not just the general public that trusts their data and findings; other similarly oriented organisations across Georgia have reached out for joint projects and sharing experiences.

“People working on environmental issues in Georgia are few and far between, so we want to build a strong network of organisations who can support each other as needed,” explains Maghedani. 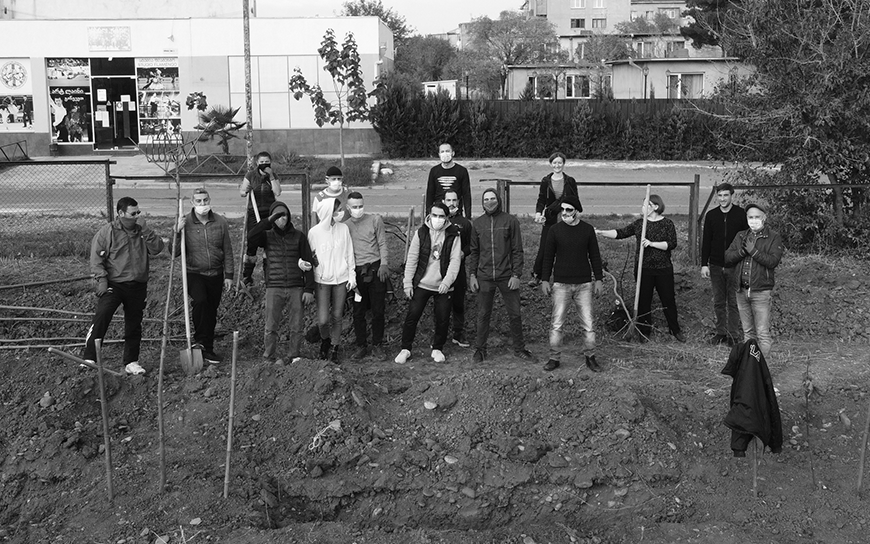 Working during lockdown and the future of Gavigudet

During the COVID-19 pandemic, Gavigudet could not organise large-scale demonstrations without putting the participants’ health at risk. Thus, they had to get creative. They invited people one by one to their office, and took a picture of each of them. These pictures were then uploaded on social media with personal comments, forming a kind of virtual protest that gave a voice to the people of Rustavi even during the pandemic.

Maghedani admits that virtual meetings and events are not a perfect substitute for in-person ones in terms of building trust and unity. “When it comes to activism, that’s the only way you can truly show your passion and attachment to the cause,” she says.

She hopes that in-person meetings can resume soon if the vaccination campaign in Georgia picks up speed.

Gavigudet is continuing to monitor the implementation of the Action Plan and the new legislative changes and they plan to push for further legislative change in the future if needed. Most importantly, they are continuing to work to on changing people’s mentalities and building a true culture of environmentalism and sustainable urbanism in Rustavi and beyond.