A lifetime of dissent

Yassin Al-Haj Saleh is a driving force behind Al Jumhuriya, a collective of Syrian intellectuals seeking to foster a better understanding of their country. 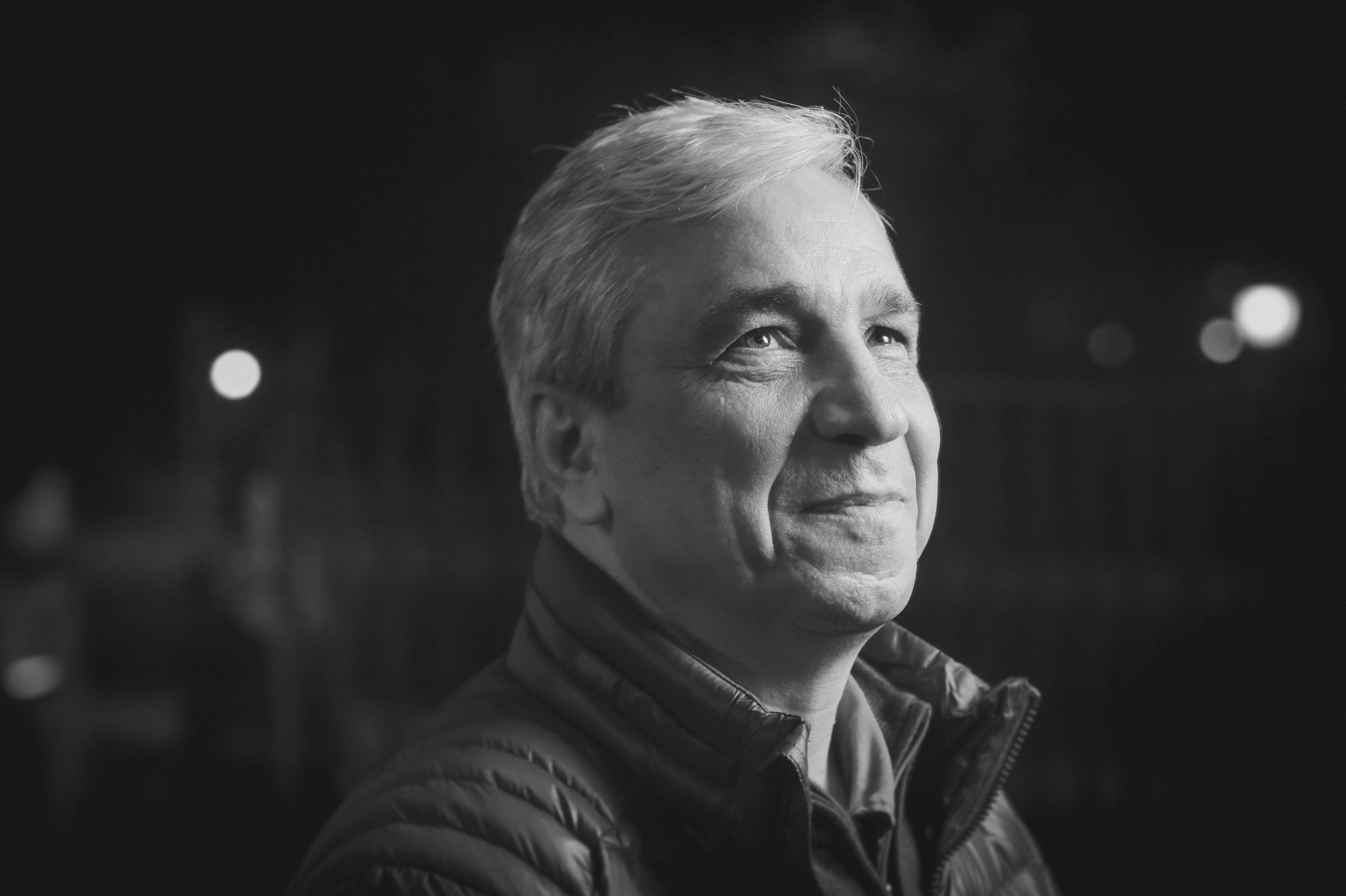 With his florid language and his head of white hair, Yassin al-Haj Saleh could easily be taken for a worldly university professor.

A prolific author of books and articles on his native Syria, the 55-year-old is one of the country’s most prominent intellectuals. Western journalists have dubbed him “the conscience of Syria.”

Al-Haj Saleh, however, never belonged to the sheltered world of academia. He spent his formative years in prison after being detained in 1980 for his communist sympathies as a young medical student in Aleppo. He was just 19 at the time of his arrest. He was released 16 years later, aged 35.

“Prison has not merely shaped me, I am a child of prison,” he explains in his elegant, lightly accented English.

In jail, Al-Haj Saleh spent much of his time hunched over books under the bleak light of his cell. Books, he says, helped him cope with the harsh realities of life in Syrian prison and taught him most of what he knows today – including English.

Considering his ordeal, he is a surprisingly genial man. He loathes what he calls the “victimhood narrative” embraced by many Syrians and puts a positive spin on his own imprisonment, describing it as a second childhood that allowed him to transcend his limitations.

“Getting a second childhood is a privilege reserved to few people!” he quips. “I mean it,” he adds more gravely. “By struggling against prison conditions, I freed myself from my internal shackles. It was an emancipatory experience, although the price I had to pay was a terrible one.”

The crackdown on dissent overseen by late Syrian President Hafez al-Assad and perpetuated by his son Bashar al-Assad has deeply marked his life.

Al-Haj Saleh lived in Damascus when Syrians rose in 2011 to demand change, drawing the ire of Bashar al-Assad. As the government unleashed a campaign of shelling, arrests, and torture to quell the uprising, he went into hiding in Damascus to help the rebellion.

In spring 2013, his brother was kidnapped by Islamic State fighters. He has not been heard from since. Fearing for his own safety, the writer soon fled to Turkey.

“I was smuggled out with the help of two young men,” he says. “One of them was later detained and tortured to death. The other was also detained but made it out alive.”

Several months after his escape, tragedy struck again. His wife Samira Khalil -- herself a former political prisoner -- was abducted by armed groups outside Damascus. She is still missing.

From his new home in Istanbul, al-Haj Saleh continues his lifelong battle against the Assad dynasty. Together with a group of Syrian intellectuals, he runs Al Jumhuriya, an online platform that publishes in-depth articles on Syrian politics, society, and culture.

“We are not fighters, we are not politicians, but we can help, too,” he says.

We are writers and intellectuals who can express ideas, who can criticise. We are leftist secular democrats, we are men and women, we are from different religious and communitarian backgrounds. And we want our voice to be heard."

Al Jumhuriya, “The Republic” in Arabic, was launched in 2012. At the time, al-Haj Saleh and three other of its founders were based in Syria. Today, all of them have been forced into exile.

“We considered this our way of contributing to the struggle,” says al-Haj Saleh.

Al Jumhuriya has since received several grants to help cover its expenses, including a recent sponsorship from EED.

Thanks to its incisive articles, published in Arabic and English, the website has grown into a go-to resource for both Syrians and Syria watchers around the world. It relies on a vast network of contributors, many of whom are based in Syria and provide first-hand accounts of life in the war-torn country.

Al-Haj Saleh says the atmosphere of fear instilled by the Assad regime has long inhibited Syrians from writing about their country.

“It has always been very dangerous for Syrians to express their political views,” he says. “When we began our work, very little had been written about Syria, and most of it had been written by Western academics.”

While the war has generated abundant media coverage in recent years, al-Haj Saleh feels most reports only scratch the surface. He says few authors, including Syrians, have penned insightful analyses exploring the origins and the ramification of the conflict.

“There are many interesting websites in Syria but most of them are written by journalists, not intellectuals or people interested in sociology, anthropology, or philosophy,” he says. “Our articles focus heavily on politics but there’s still a lot of imagination in our work, a lot of critical thinking. This is what distinguishes us from other resources.”

The website, in particular, offers what al-Haj Saleh describes as “some of the best materials about IS” based on the testimonies of contributors in Syria. One of his own brothers wrote a piece for Al Jumhuriya after being held six weeks by the terrorist group.

Ultimately, Al Jumhuriya is about much more than politics, Assad, or the war. Al-Haj Saleh says it is about uniting Syrians, especially young people, and giving them hope amid the devastation of their country.

“This is why I cannot allow myself to lose hope,” he says with a weary smile. “But I have to admit, it’s becoming more and more difficult.”