Launched in April 2020 by veteran journalist and emergency expert Nikolay Grigoryan, Tavush TV delivers much-needed information and educational broadcasting to the north-eastern region of the country. 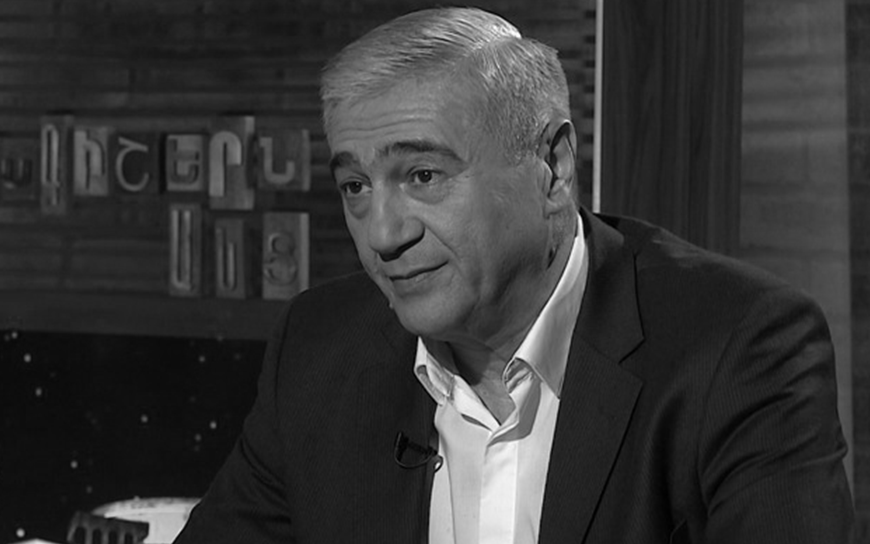 “There is a psychologically and morally heavy environment prevailing in Armenia,” Nikolay Grigoryan, founder and executive director of Tavush TV, says speaking to EED.

Armenia has been hit by the double blow of Covid-19 and the 2020 44-day armed conflict with Azerbaijan that claimed the lives of several thousand people. Life in many border regions of the country is precarious, with the Tavush region in the north-eastern part of the country among the most affected regions.

This is a region that faces many obstacles to development, aside from the ongoing security risks faced by its population. Inhabitants struggle to access healthcare. There are high levels of youth unemployment and this is a region of frequent floods and landslides. Little attention has been given to preservation of the region’s ancient cultural monuments.

As Grigoryan notes, it has also been difficult in the past to mobilise locals on social issues. For the past six years there has been no local media in Tavush; no local TV, radio station or even quality online media.

A former public servant, crisis and emergency expert, journalist, and now television channel founder, Grigoryan has always considered it his mission to improve public knowledge on emergency situations and sustainable development. In 2000, he founded the Emergency Channel, an organisation where emergency broadcasting, education, and training came together, broadcasting educational materials and teaching skills and knowledge on how to reduce risks in emergency situations.

It was after the 2018 Velvet Revolution that Grigoryan realised the importance of developing a local media in Tavush to support the region’s sustainable development agenda. In 2020, he led the establishment of Tavush TV.

“From the beginning, we wanted Tavush TV to have a strong focus on sustainable development and emergency response. TV is a way of educating and mobilising communities; it’s not just about providing information,” he says. 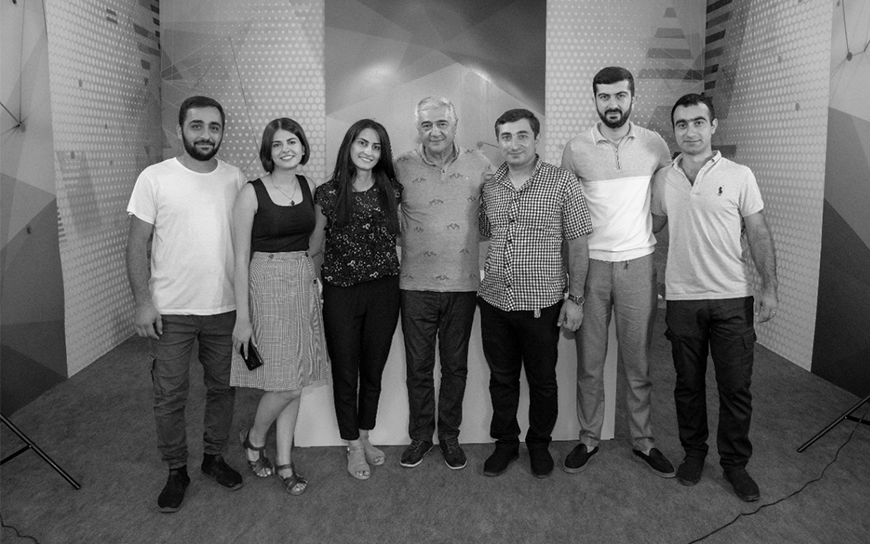 Local authorities helped provide Tavush TV with a broadcasting licence, premises, basic equipment, and covered start-up costs, but this funding dried up as Armenia was hit by the COVID-19 pandemic. With media outlets typically dependent on political funding for their survival due to the tiny advertising market in the country, an EED grant has played a crucial role in securing the station’s independence.

“The first thing that EED did was to give us hope. The second thing they gave us were opportunities, capabilities, and a real chance to get on our feet without rushing or cutting corners,” says Grigoryan.

Over a year on, Tavush TV broadcasts a diverse selection of programming on local cultural, ecologic and economic issues. The channel’s content is targeted at a wide range of demographics including children, youth, and the elderly and includes content on cultural heritage, events, and sustainability, thanks to a team that has been built up over the past year.

“When we started the channel, we couldn’t respond to the demand. Now, our telephones ring non-stop about events throughout the region and we actually have the team in place and the equipment to cover them,” he says.

He notes too that the local population appreciates coverage about the Tavush region: “People like to see TV programmes about themselves.”

The need for Tavush TV has never been greater.

In July 2020, Tavush was the site of one of the most serious escalations in fighting between Armenia and Azerbaijan since 2016. Residents living in areas near the frontline relied on social media and national TV for information on developments, but this was often outdated and was plagued by misinformation, which engendered fear and panic among locals. These initial military clashes proved to be a precursor to the much deadlier war later in the year.

Tavush TV has been there all this critical period, providing people with access to credible independent information.

“It’s important to understand the needs of a people living on an international border, who experience regular shelling and to understand their psychological trauma. You need to be careful to find topics for them that are both interesting to them and are useful,” says Grigoryan. 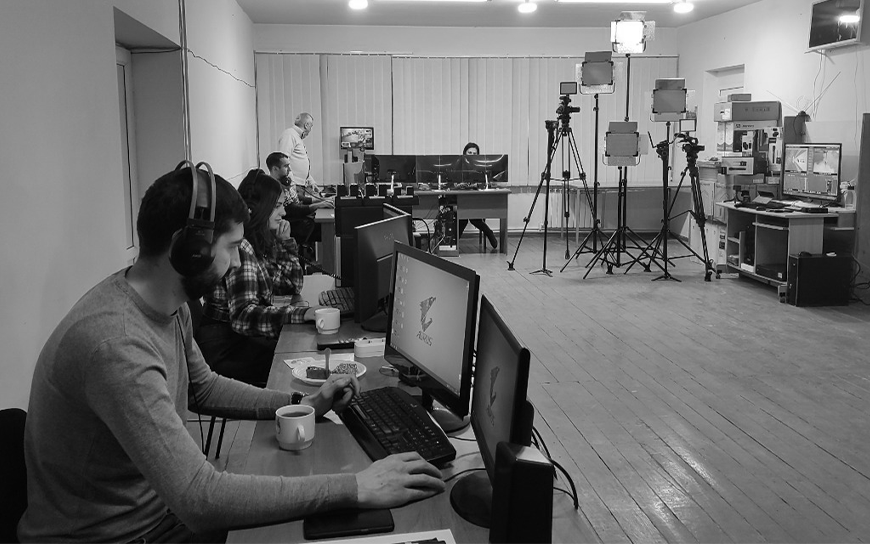 Training the next generation

A large portion of Grigoryan’s work is taken up with training young journalists from the region, many of whom go on to work in nationwide media outlets in Yerevan. He notes that there is a shortage of quality journalists in the country, especially in regional areas and that many internationally-backed projects do not give young journalists real-life work experience.

Grigoryan is insistent on building a culture of independent and ethical journalism among his colleagues and the up-and-coming journalists who come to work at Tavush TV.

This was particularly important during the 2021 parliamentary election campaign in Armenia. During what was often a toxic and highly-pessimistic campaign, Grigoryan and his team gave all candidates equal exposure.

“Our work sends an important democratic message. We showed that as a journalist, you don’t have to feel shy, or feel pressured to betray your principles,” he says. “The independence we have achieved is precious”.

The station also provides airtime to civil society groups, helping them to connect with local populations.

Expanding to other regions

Plans are moving ahead quickly at Tavush TV. Grigoryan recently signed an agreement for the channel’s programmes to be re-broadcast throughout Armenia, enabling other regions to benefit from the station’s educational content.

Tavush TV is also planning to expand to radio, launch a new website, and open a regional educational centre. It is now attracting longer-term partners and more sustainable funding, which will ensure its ongoing independence.

Grigoryan is reflective about his role in the future of Tavush TV, and journalism in Armenia in general.

“When you see the work of journalists around the world, and you look at our 2,000-year-old culture of Armenian historians writing about wars and crises, and how they were tackled, that motivates you to become a point of reference and a guide for journalists now and into the future,” he says.