‘We are building an army for peace’

A grassroots organisation is encouraging Syrian citizens to reclaim their voice and take a more active role in the running of their provinces. 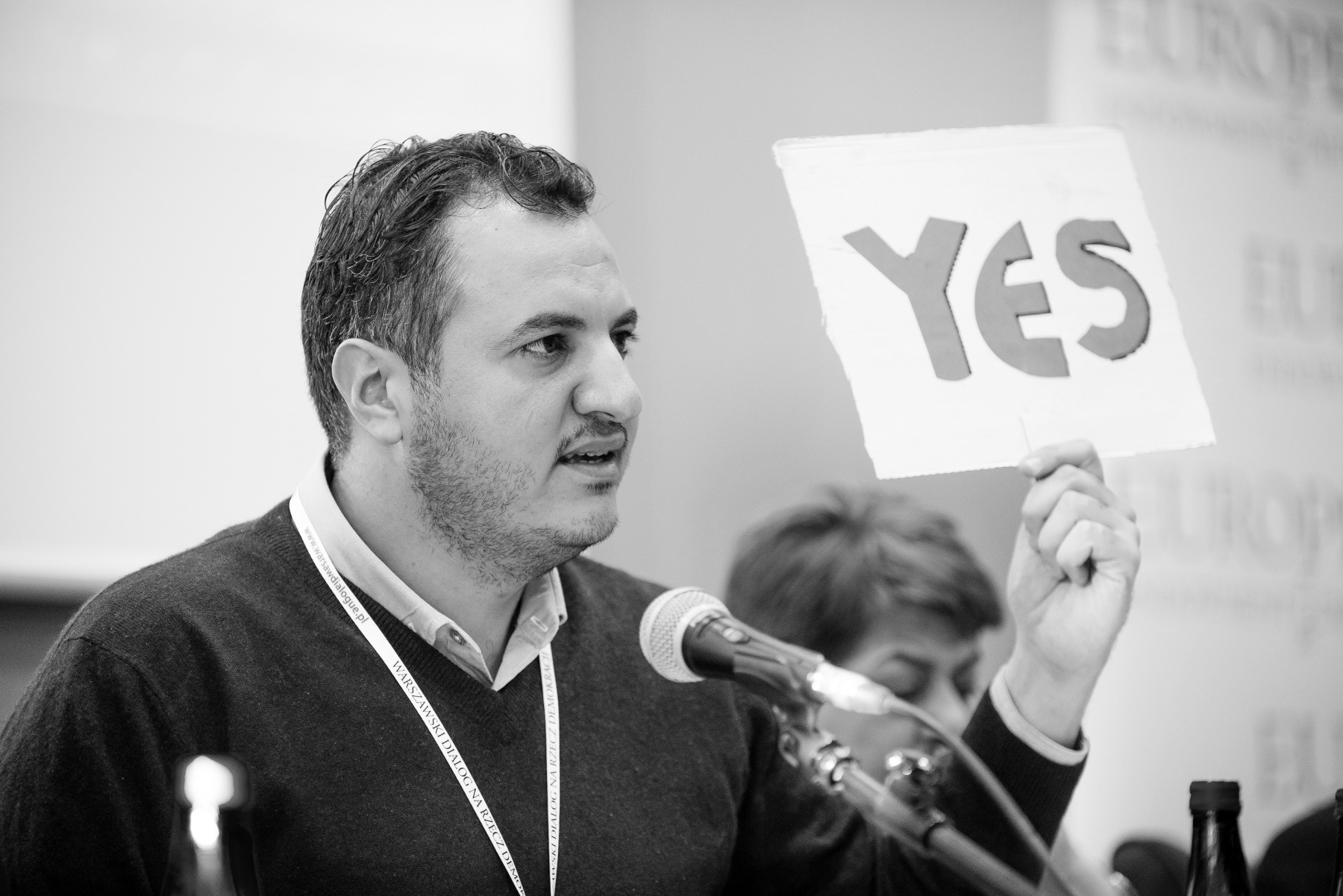 Hilly, a project officer with the United Nations Development Programme at the time, actively took part in street rallies calling for democratic change in his country. And as the revolt descended into a violent and protracted conflict, the 32-year-old started volunteer work on community development in some of Syria’s most inaccessible, war-torn areas.

Like many anti-Assad activists, he was eventually detained by authorities.

“I was tortured, like all Syrians who ends up in detention nowadays,” he says. “I saw nine people die next to me in jail.”

Hilly was released two months after his arrest, in spring 2014. He quickly joined the almost 3 million Syrians who have fled to the relative safety of neighbouring Turkey since the war broke out.

In Turkey, his skills as a trainer and Syrian civil society expert proved in high demand. He was soon offered a job with an international NGO and started rebuilding his life far from the shelling, the jails, and the devastation of his country.

But the safety of life in exile brought him little solace. Hilly found himself missing Syria much more than he had anticipated. There was also the persistent feeling that he was letting down those who had stayed behind in Syria.

“It just felt so strange to be outside Syria,” he recalls. “I went to the office in the morning, I worked eight hours, I paid my rent. I became caught up in my everyday life, and I felt like this lifestyle was pulling me away from my country.”

Hilly gave up his job and returned to Syria with the same mission that had prompted him to enter into civil society: help strengthen Syria’s marginalised local communities directly on the ground.

“Our goal is to establish a community governance system in Syria by creating community-based organisations and connecting them with to each other,” he explains. “Right now in Syria, the population is excluded from the decision-making process. NGOs and local councils are the ones making decisions because they own the resources, they receive the grants. This is true for most countries at war, not just Syria.”

Hilly’s organisation, the Sahem Initiative, has been active since February 2015. Sahem received seed support from EED, which, says Hilly, was “the trigger for change”. It seeks to bolster community development and capacity building by giving young Syrians the tools to be more active in their communities. Sahem also encourages communities to mobilise their resources and reduce their reliance on foreign aid.

In Arabic, “Sahem” means “contribute.” Over the past two years, the group has created 23 local committees in three provinces in northern Syria -- Hama, Idlib, and Aleppo – that work on mobilising local resources and generating civil society campaigns.

It delivers trainings on community engagement, social responsibility, and active citizenship to the 300 volunteers who form the committees. At the same time, Sahem tries to build bridges between the newly-created committees and the NGOs and local councils that currently wield power in the provinces.

We are building an army for peace, an army of educated people who will continue pushing for non-violent change in the future,” says Hilly. “Whoever our next leader will be, and I have no doubt he will be another dictator, we will keep going."

The challenges faced by Sahem are manifold.

The war has made traveling a dangerous business – Hilly travels in and out of Syria at great personal risk – and communities experience huge difficulties coordinating their activities, even within the same province.

After more than 50 years of rule by the Assad family, civil society is also in its infancy and Syrians are still weary of getting involved in politics or governance.

Syrian is not a democratic country, we are not used to making our voice heard, to telling local councils what we think is right or wrong,” says Hilly. “We are trying to change this mentality but it will take a long time.

In addition, Hilly says Syrians are increasingly demoralised by what they view as a weak international response to Assad’s brutal crackdown on dissenters.

Fear is also a powerful deterrent.

“We are dealing with a regime that targets schools and hospitals,” he says. “People are afraid that their village will become a target if they take part in civic activities.”

So far, more than 10 of Sahem’s volunteers have been killed.

In November 2015, a school where the group conducted one its training courses was shelled after a participant posted a picture of the event on social media.

“We were very lucky that the training had ended the day before, no one was hurt,” says Hilly. “Now, we are careful to publish photos of our events only when they are over and we make sure the location is unidentifiable.”

Just over two years since its creation, Sahem has made a name for itself in Syria and Hilly says its activities are showing results. Communities, he says, are starting to reach out to each other and local councils are slowly accepting to heed the advice of ordinary Syrians.

But with uncertainty looming large over Syria’s future, Hilly is reluctant to dwell on Sahem’s role in bringing lasting, positive change to Syrians.

“Change may come next year but it may also come in 100 years,” he says. “At this stage, we are not responsible for the results of our work. What we are responsible for is trying to reduce the suffering of Syrians and spending our lives doing the right thing for our country.”