A media forum for civil society to be seen and heard

Civil Pages is a unique public space for civil society in Turkey, bridging the gap between activists, public bodies and the private sector and fostering pluralism in an increasingly shrinking civic space. 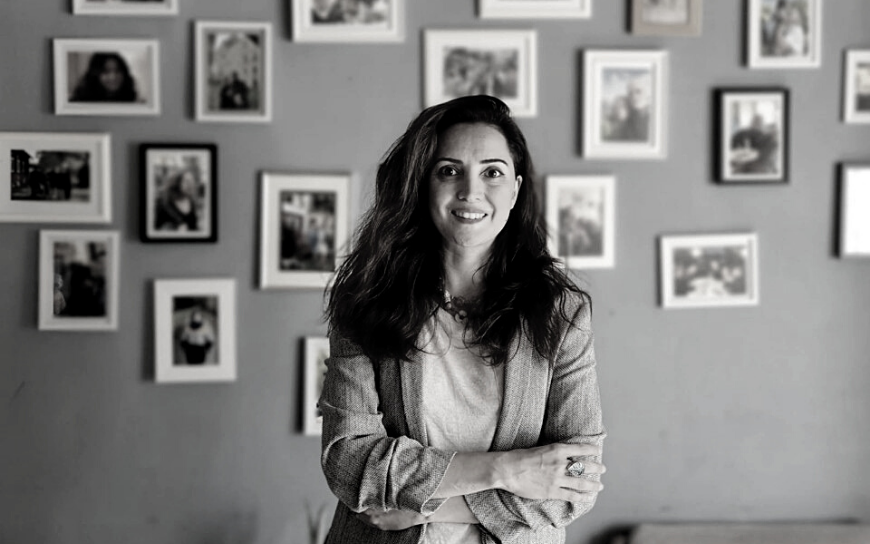 Inanç Misirlioğlu, co-founder of Civil Pages (or Sivil Sayfalar in Turkish), believes in a truly democratic and inclusive Turkish society. It was this conviction that prompted her in 2015 to found Sivil Sayfalar with her colleague and journalist Emine Uçak Erdoğan, as an independent civil society media platform.

Inanç Misirlioğlu has a long history of civil society work in Turkey. She was one of many protestors put on trial after the 2013 Gezi Park protests in Istanbul that started as sit-ins against the state’s urban development of the park and developed into a movement of more than 3 million people across the country before they were violently supressed by the authorities. Many protestors, including Misirlioğlu, subsequently fled the country.

Today, she lives with her family in Germany and she is one of the thousands of activists whose lives have been adversely affected by the authoritarian shift within Turkey over the past 15 years. She recounts that many colleagues and friends are serving prison sentences, some risking lifelong imprisonment. She relates that civil society as a whole is worried about developments in Turkey, and with increasingly shrinking civic space, it has become more difficult for activists to operate.

Over the past six years, Civil Pages has responded to this challenge and has become known for bridging the gap between civil society and policy makers, the media sector and the public, and promoting pluralism. It is now the most visited platform by civil society organisations, and has proven its capacity as a unique public space for civil society in Turkey.

Initially set up as a YADA Foundation project to foster dialogue between civil society, public bodies and the private sector - YADA itself is an organisation focused on building civil society capacity - EED support has now helped establish Civil Pages as an independent association.

“Independence is very important in order not to be tied to any organization and to be equidistant from all different segments of civil society,” says Misirlioğlu in conversation with EED.

Misirlioğlu relates that Civil Pages is playing a vital role at a time when it is increasingly difficult for civil society’s voice to be heard in the mainstream media. It is enabling journalists and reporters to meet and build relationships with civil society organisations to develop news and content. She and Uçak use all media at their fingertips to make sure this can happen – from podcasts, videos and social media to data visualisation such as infographics and fact sheets based on reports produced by civil society.

The Pages are also working to improve the capacity of local civil society organisations to communicate. “We are planning to hold workshops with organisations from different regions in Turkey to help them improve their writing skills, especially in media pieces, so that they can use a language far easier understood by the general public, rather than a more technical one that many are prone to use,” she says. This will help the associations to boost their media visibility via the Civil Pages’ portal.

Aware of the importance of expanding the reach and audience of Civil Pages beyond Turkey, the team have now begun to develop more content in English, such as newsletters and social media postings.

“It is critical that we inform people outside Turkey about our project,” says Misirlioğlu. “That way we can bridge the gap between grassroots civil society in Turkey and international institutions, as they usually have limited access to each other.” The team have also launched an English language monthly newsletter.

The Istanbul Convention and the fight for gender equality

Earlier this year on 22 March, Turkey announced its withdrawal from the Istanbul Convention, an international treaty protecting women’s rights.

This decision sparked a series of protests all over the country. Civil Pages, with EED support, has organised meetings between civil society organisations and political parties working on women’s issues and those who are more politically focused, so that they can better collaborate on protecting women’s rights and promoting gender equality.

Civil society organisations are reviewing how they can protect existing legislation in Turkey and how they can support women involved in legal cases related to this legislation. They are also organising advocacy training sessions to speak about and raise awareness on equality and the Istanbul Convention in Turkish society.

Towards the 2023 elections and other plans

Civil Pages’ future plans are focused on the upcoming 2023 parliamentary elections in Turkey.

Following the 2017 constitutional referendum, Turkey shifted towards a presidential system. Misirlioğlu argues that while under this system the parliament should have more control, in fact political parties have lost a lot of their power, and this has also affected civil society and civic space.

“It is essential that local and national civil society organisations prepare for these elections. Time is of the essence. A strong civil society is one of the antidotes to polarisation and a rise in nationalism,” she says.

Elections are not the only topic on Civil Pages’ agenda for the future. They also want to focus on further developing the organisation’s media outreach and strengthening the team’s journalistic skills. They want to combine this with research and policy papers, investigating opinions of political leaders, civil society practitioners and the general public. Again, this work is linked to the upcoming elections. “This is an important time to work on influencing policies and to push for a better environment for civil society,” says Misirlioğlu

Today, sustainability is an important topic for the team. There are limited financial resources for civil society within Turkey, and many organisations are increasingly seeking funding abroad. Civil Pages are keen to develop a sustainable model for their operations.

One way they are doing this now is by offering consultancy services to civil society. They are planning capacity building programmes to organise data and deliver information in more compelling and effective ways to the public but also to policy makers. This will help both Civil Pages and civil society actors to become more visible and influential.

Like many other civil society organisations, Civil Pages relies heavily on volunteer work and they have an independent volunteer Board of Directors representing all aspects of civil society. But finance is always short and this can make it difficult to ensure continuity. Despite such challenges, Misirlioğlu is confident of the Pages' future success.