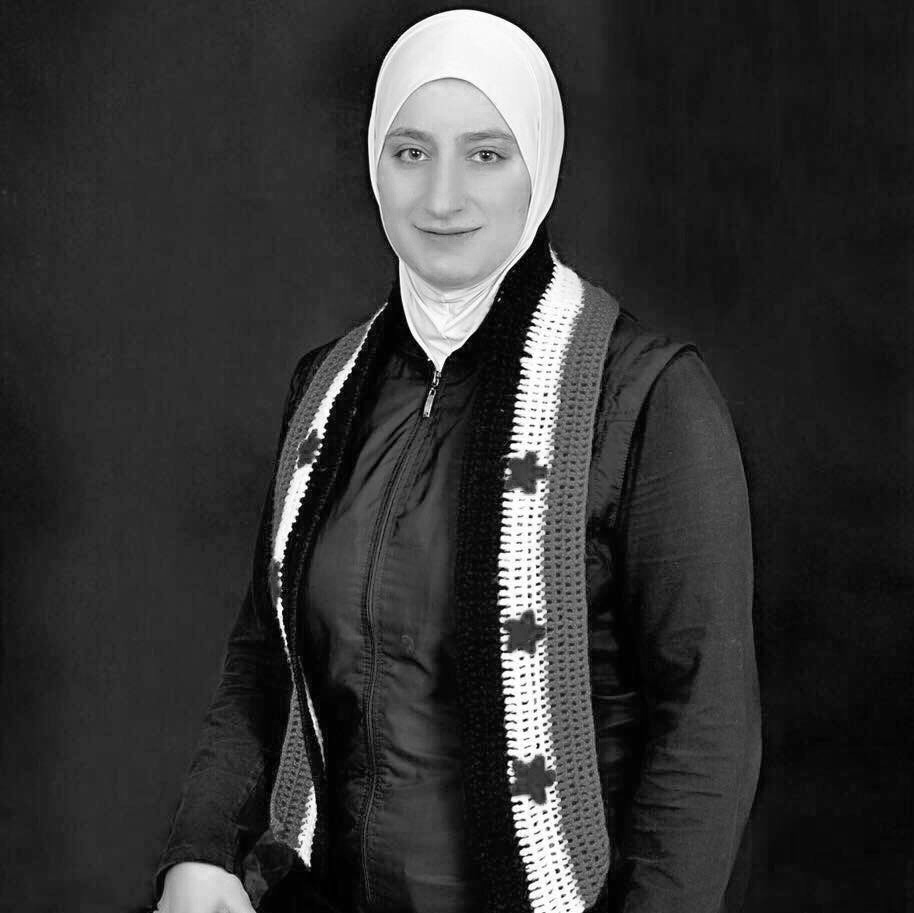 From Majd Chourbaji’s warm smile and composed demeanour, you would never guess she has gone through war, torture, the murder of her husband, and a seven-month prison stint so inhumane it would leave most people shattered.

A tireless advocate for reform in her native Syria, Chourbaji was detained by government forces in 2012 after helping spearhead non-violent protests against the regime of President Bashar al-Assad in her home town of Darayya. Her husband was detained hours later as he tried to plead for her release.

“They ripped off my veil and hit me again and again, so hard that blood was streaming down my face,” she says. “I kept telling them that I was a peaceful activist and that I had nothing to do with the rebel army, but then they brought in my husband and tortured him in front of me. This went on for 10 days.”

Chourbaji spent the next seven months locked up in a four-square-meter cell together with about 20 other women.

“We were so crammed up against each other that we had to take turns sitting down,” she recalls. “They opened our cell only three times a day to let us go to the bathroom. We had 10 seconds each. Many women were forced to relieve themselves in the cell.”

She says the prisoners were allowed only one shower every three months, were denied any kind of hygiene products, and wore the same clothes for the entire duration of their imprisonment.

After coordinating a mass hunger strike that led to the release of over 80 women, including herself, Chourbaji sought refuge in neighbouring Lebanon with her three children. She never saw her husband again; he succumbed to torture in jail eight months after her release.

Instead of breaking her, Chourbaji says prison only strengthened her resolve to fight Assad’s regime with peaceful means.

The 35-year-old now runs Basamat for Development, an NGO she established in Lebanon’s Bekaa Valley to empower Syrian women who, like her, have fled the devastation of their country.

All of Basamat’s 15 employees are Syrian refugees. Chourbaji believes the hardships they each experienced since Syria’s civil war erupted in 2011 are key to the success of the organisation in reaching out to women displaced by the conflict.

“Right now, no one understands Syrians better than Syrians,” she says. “International aid groups working with refugees don’t always take our people’s culture and religion into consideration, this is why many refugees don’t trust them.”

Founded in 2014 and sponsored by EED, Basamat has already become a focal point for many Syrian women stranded in Saadnayel, a Lebanese border town home to a vast refugee camp. Between 350 and 400 women visit the centre every month.

Basamat, which means “fingerprint” in Arabic, organises a wide range of cultural and social events to foster a sense of community among displaced Syrians. It also provides training courses for refugee women, many of whom have lost their husbands in the war and must now fend for themselves for the first time.

Refugees are barred from working in Lebanon and most of them live in extreme poverty. Thanks to Basamat’s trainings, Chourbaji says a number of Syrian women in Saadnayel have been able to generate some income by setting up informal businesses as home-based hairdressers, nurses, or seamstresses.

“Even if women are not able to find employment, learning a new skill gives them confidence,” she says.

At Basamat, Syrian women can sign up for French and German classes, and those who are illiterate can learn to read and write in Arabic. They are encouraged to write for Basamat’s monthly magazine and to attend workshops on peace building and citizenship.

Women need to speak up, they need to have more of a say in decision making,” insists Chourbaji. “Women will play a central role in bringing peace to Syria and rebuilding our country after the war."

The NGO also provides psychological counselling to help women and their children recover from the trauma of war. Most Syrian women in Saadnayel have lost loved ones in the conflict, including children, and some of them have been raped.

So far, the war in Syria has killed an estimated 400,000 people and displaced half of the country’s population, sparking Europe's worst refugee crisis since World War II.

And although images of shelled Syrian cities and destitute refugees continue to fill television screens, Chourbaji says the humanitarian response has been woefully inadequate – including in Lebanon.

“We are a young organisation and we are aware that we still have a lot of room for improvement,” she says. “But when we ask for support, for help improving our services, grant-givers usually tell us that they only fund UN-backed initiatives. This has been a major challenge for us.”

Chourbaji says EED’s sponsorship has been instrumental in getting Basamat off the ground. She says the grant has enabled her organisation to expand its activities while retaining the uniquely Syrian approach that sets Basamat apart from other aid groups in Saadnayel.

“Many grant-givers impose their own programmes or their own way of doing things,” she explains. “EED always respected our opinion as refugees, what we thought was best for these women and children.”

Chourbaji, who headed a school in Darayya before the war, has also set up two schools in Lebanon that now provide education to as many as 2,000 displaced Syrian children.

In 2015, she was awarded the U.S. State Department’s International Women of Courage Award and in March 2016, Oxfam singled her out for its Right the Wrong Award in recognition of her efforts to create lasting change for Syrian refugee women.