Centre for Defending the Freedom of Journalists

The Centre for Defending the Freedom of Journalists works to improve the environment for journalists in Jordan by addressing violations against them and providing capacity-building and legal assistance. 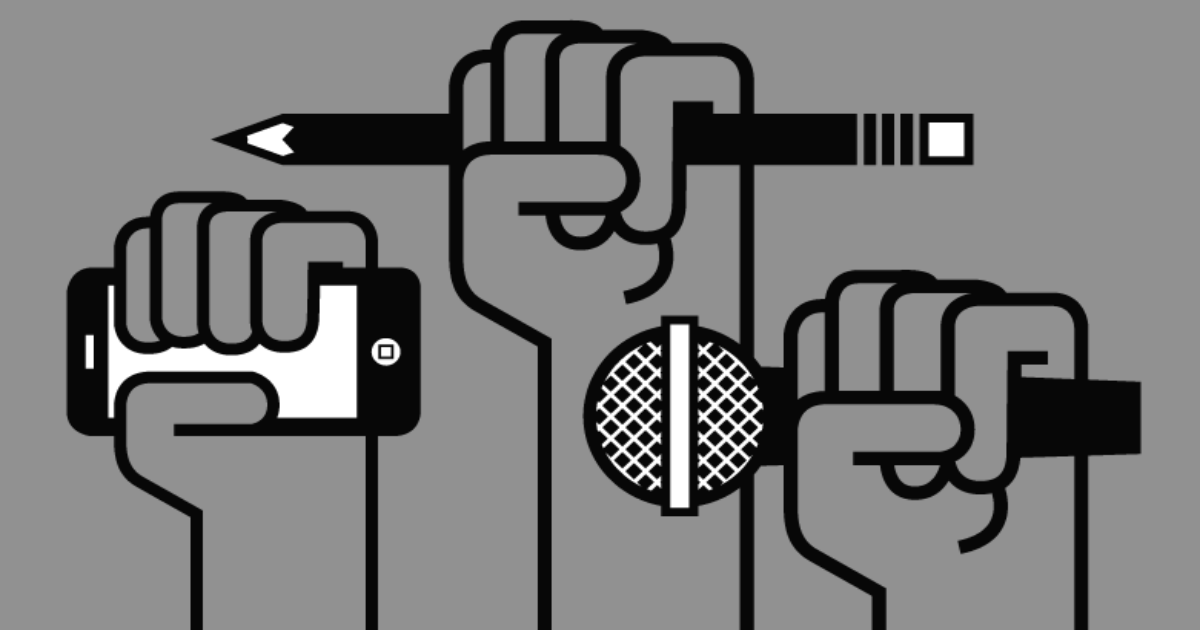 Last summer, media freedom in Jordan suffered another blow as the authorities issued a gag order on all reporting of the hundreds of arrests of teachers, who had come out onto their streets in protest at the ban of their union, the Jordanian Teachers’ Syndicate.

According to Haytham Abu Atiyyeh, Operations Manager of the Centre for Defending the Freedom of Journalists (CDFJ), this is part of an ongoing cycle of restrictions, with media freedom declining significantly during the Covid-19 pandemic. The Jordanian government adopted escalating sets of measures to address the threat of Covid-19, issuing the Defense Measures Act that imposed an eight-week long lockdown and closed all private businesses and non-essential public services.

“When the pandemic began, people were told to stay at home and shops were closed. The government banned all reporting on information on the pandemic. Restrictions on movement also meant the media couldn’t go out and gather stories and four journalists were arrested when they commented on the government’s management of the pandemic. Newspapers were also banned from producing print editions, yet they rely on these for advertising revenue. The government provided no financial assistance at all to the media sector,” Abu Atiyyeh explains.

These restrictions are not new in Jordan, with self-censorship long part of the media landscape.

“Every journalist in Jordan knows the taboos in media reporting: the army, the royal family and religious affairs. Our surveys have shown that 95 percent of journalists admit to practicing self-censorship,” Abu Atiyyeh says.

Abu Atiyyeh has taken the responsibility to run the operations of CDFJ as the Centre’s structure changed when the founder, Nidal Mansour, stepped down from the role in June 2020 due to a lack of funding. A well-respected civil society and human rights defender, Mansour founded CDFJ in November 1998, following legislation the previous year that had imposed new constraints on the media and forced the closure of 13 media outlets.

“It was clear at the time that we badly needed a body to defend journalists’ rights, as more and more journalists were being arrested,” says Abu Atiyyeh. The Centre was the first organisation in the Arab world to focus exclusively on media rights.

CDFJ had a clear mandate from the beginning. “We work to defend journalists and to address violations of their rights. As part of this work, we established our Media Legal Aid Unit (MELAD) to provide legal representation for journalists in courts as well as filing and litigating cases before courts. MELAD also provides training to lawyers who defend journalists. We are working to build the capacity of the media by strengthening professionalism and promoting their role in defending democracy. We’re working to improve the overall environment for journalists from a legislative, political, social and cultural point of view,” says Abu Atiyyeh.

Since 2001, CDFJ has issued regular reports on the state of the media in Jordan, extending this in 2015 to reports on the media throughout the Arab world. The team documents legal cases, reports on violations of journalists’ rights and provides witness accounts of repression against individual journalists. Advocacy is also a large part of this work. 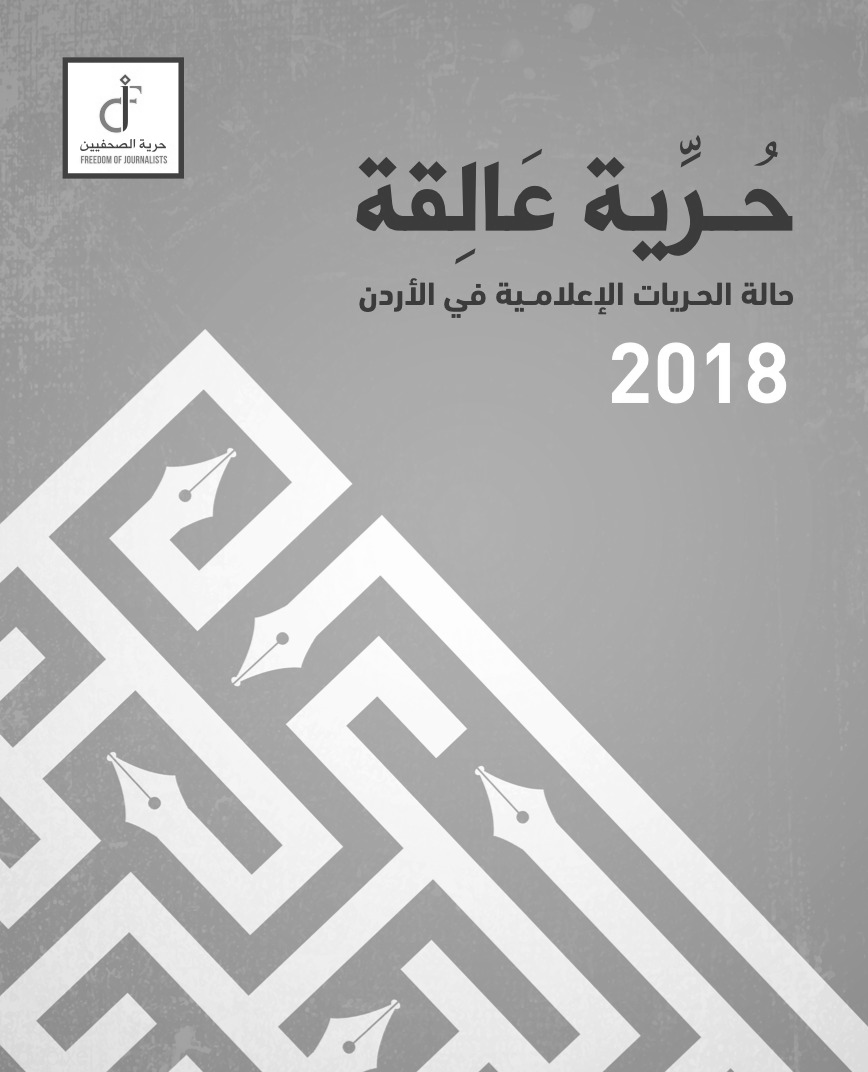 A gradual decline in media freedom

The past twenty-three years have proved a bumpy ride for CDFJ, as Abu Atiyeh relates.

The Arab Spring of 2011 saw an explosion in the number of news websites in Jordan which interacted actively with local audiences, a rare moment of media freedom in the country. In 2012, the government passed legislation imposing registration for these websites, putting them on the same legal basis as professional media outlets. Overnight, 291 news websites were forced to close.

The Cyber Security Law of 2014 further constrained the work of journalists and was vehemently opposed by the Centre. “A report we issued in 2014 found 153 violations of press freedom that year, up from 112 the previous year, with many journalists barred from reporting, and that is a trend we continue to see,” he says.

And in 2015, an amendment to the controversial Article 11 of this legislation saw ordinary citizens treated like journalists, and subject to legal attacks and imprisonment for their online activities.

CDFJ launched a high-profile campaign to repeal Article 11 which they labelled ‘Talking is not a Crime’ and this got widespread attention in national and international media.

Abu Attiyeh relates that from 2017, CDFJ faced a campaign of defamation, which affected its image and reputation, and it was pressured to halt programmes and activities. The authorities prevented the Centre from applying for any new funding during this period. It faced prosecution due to its registration status for over a year and this affected operations and burdened management and staff. While the Centre tried to change its registration status under the non-profit registry, it risked a refusal of required security approvals. Staff feared that even if the application was approved, the chances of getting pre-approvals to receive foreign funding would be slim.

It was at this stage that EED stepped in providing core funding to cover staff salaries and helping to relaunch some activities, although as Abu Atiyyeh admits, this has been a difficult process. Today, the centre has six employees, three of them full-time.

“Our team is inspired by this work and we are determined to keep going,” says Abu Atiyyeh. “Media legislation in Jordan needs to be amended. There are so many restrictions and there are too many different laws. As part of our EED grant, we hired a strategy expert, who has helped us map out our work over the next few years. We believe that there is still much we can do, and that social media offers us new opportunities."