Ararat Tttyan and Radio NOR

Ararat Tttyan and Radio NOR

From broadcasting in the town square to a multi-media platform at the centre of its community, one Georgian radio station has travelled a difficult road to success. 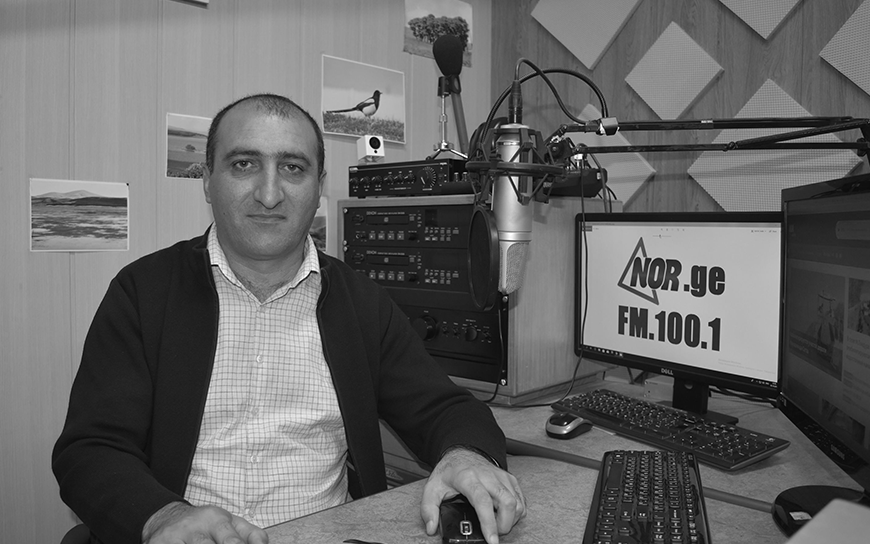 It takes patience to set up any enterprise in Georgia, and Ararat Tttyan, the director of Radio NOR, is a particularly patient and tenacious man. It took nine years for this community radio station based in south-western Georgia to obtain a public broadcasting license. It takes even more tenacity to keep working without funding during long periods and now in the midst of a pandemic.

Radio NOR is based in Ninotsminda, a small town near the Armenian and Turkish borders, a region where most people speak Armenian and Russian in their daily lives.

The station’s story began in 2006, when Tttyan, a local civic education teacher, took part in a BBC World Service competitive project to set up community radio stations for ethnic minorities in Georgia. He still remembers the shock when his project, Radio NOR, was selected as one of the winners and he was appointed as director of the new station, which received three years of initial funding. 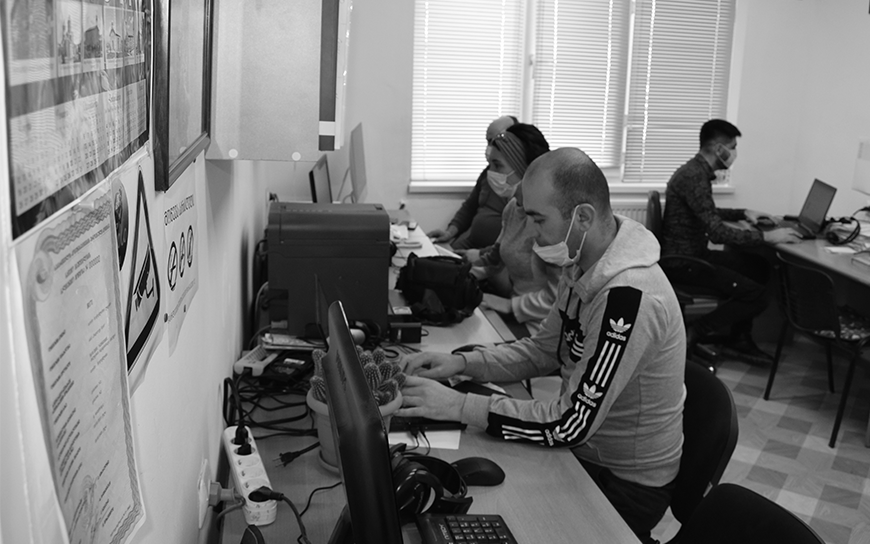 A battle to obtain a broadcasting licence

Tttyan set to building a team for the new station and he located a two-room apartment in the town centre to set up his broadcasting equipment. He then applied for a public radio broadcasting licence. He was warned this might take some time.

While he waited, the team recorded news and music programmes, which they burned onto CDs and distributed within the community. Tttyan then had a brainwave to use the town’s loudspeakers, in place since Soviet times, to broadcast a daily one-hour news programme in Armenian, Georgian and Russian onto the town square.

“People were complaining that we were silent. They were asking us what we were doing and were curious. I wanted them to at least hear us, even if we were not able to broadcast properly,” he explains.

He also decided to teach his school students about radio media production, a programme that expanded when the local school obtained its first computers.

Meanwhile, he kept applying for a broadcasting licence, always without success.

Branching out into an internet radio

With the arrival of internet to the town, 2013 was a game-changer for the station, and Tttyan decided to set up an internet radio station. Keen that the station should be able to generate revenue through advertising, he began to lobby politicians to speed up the licence process. He admits that progress was slow and this was a difficult time.

Finally, in 2015, nine years after the station was first established, Radio NOR obtained their public broadcasting license. In July 2015, the station went live and it has been broadcasting without a break for eight hours a day since then. Tttyan is proud that today, Radio NOR has grown to become a multiplatform broadcaster with its own transmission tower.

Asked how he kept going all those years, Tttyan is clear. “I was always convinced by this project. There was such a huge information gap here and we wanted to provide local news in local languages, not just in Armenian and Russian, but in Georgian too,” he explains.

One of Radio NOR’s first challenges was gaining audience trust. “From the beginning, we showed local people how we could improve their lives. When people complained about bad roads or a lack of running water or a lack of places in kindergartens, we put pressure on the municipal authorities and forced them to take action. Now people know we can solve their problems,” he says.

Education is still a big part of what NOR does. The station broadcasts conversation classes in both Georgian and in English. School children are also given work experience opportunities and one hour of programming per week is devoted to their productions. These can range from interviews with locals on topicals issues to poetry readings. All of the young people receive small honorarium for their work.

This educationalist agenda also includes confronting cultural taboos and gender stereotypes in this traditional agricultural region. NOR has run social campaigns on topics such as bride kidnapping, still common there, and about women drivers, typically frowned upon by society, which are also featured on the station’s popular ‘Voice of Women’ programme. Another successful campaign resulted in the clearance of tons of rubbage from agricultural fields. Today, Radio NOR has a reputation for addressing difficult issues and making change happen.

The station’s most popular programming includes their news programmes, broadcast in three languages, as well as home produced programmes on economic and agricultural issues relevant to the community. Prior to the recent election, the station invited representatives from all political parties to speak on the radio, giving them a unique platform to communicate with the local community.

A voice for society

Tttyan is proud of the important place Radio NOR now holds in his community. “Radio NOR gives society a voice – no one else does this. We talk about people’s problems and we solve them. We reach out to all parts of our society – even to tiny minorities in our society like the Old Believer community, just 50 families – and we make sure everyone is involved,” he says.

NOR’s audience now numbers in the tens of thousands, with many economic emigrants from the region also tuning in to find out the news from home. The station also provided important information on state benefits to these emigrants and their families during the pandemic, when many were forced to return home due to a collapse of the construction industry in Russia where most work.

Finance remains the station’s most pressing concern, particularly given the impact of the Covid-19 pandemic on the Georgian economy and the collapse of advertising revenue. Before EED funding, Tttyan was not able to pay his staff for an eight-month period. An EED grant is now helping the station to cover its core costs and to become a stronger vehicle for elevating the community’s voice. Operating in a region typically overlooked by donors, this grassroots actor fills an important social function.

As ever, Tttyan remains tenacious, and he is sure that Radio NOR will continue to grow and thrive. The team is planning to develop more video material for the station’s online portal, and there are even plans to launch an online television station. But, Tttyan is determined that NOR will never lose sight of the power of radio, for that is at the heart of what they do.