Holding the parliament accountable in Tunisia

For ten years, Al Bawsala has been monitoring parliamentary activity and the state budget, the only organisation to do so in Tunisia. 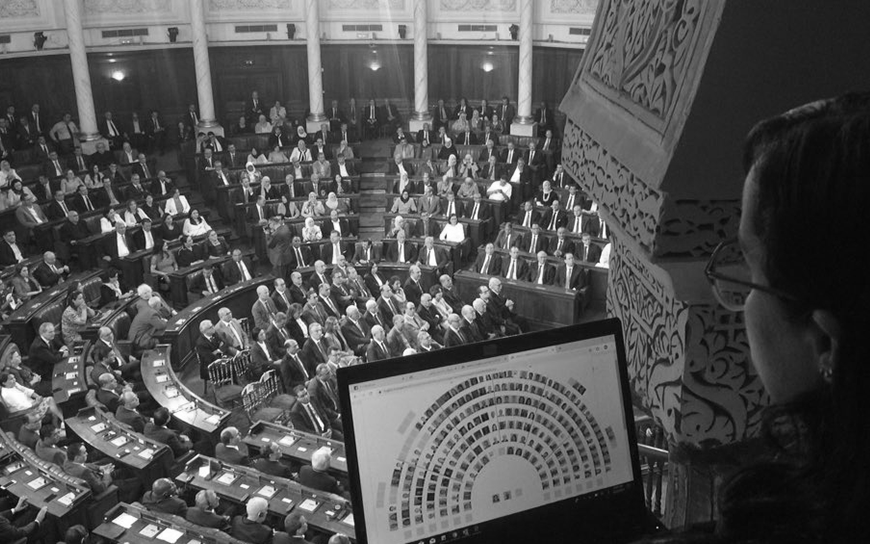 In 2011, with the revolution in Tunisia marking the end of a dictatorship and the beginning of the transition towards a democratic system, civil society was faced with the difficult task of holding local and national institutions accountable to the citizens. Al Bawsala was founded with exactly this objective: to put the common citizen at the centre of political action.

The organisation, which today has 29 staff members and more than 180 volunteers, has acted as a watchdog for parliamentary activity ever since the establishment of the Tunisian Constituent Assembly, tasked with writing the new democratic constitution. Al Bawsala has ensured that the new constitution is in line with the democratic aspirations of the Tunisian people.

Nesrine Jelalia, Al Bawsala’s Executive Director relates in interview with EED that one of the first things Al Bawsala did in the early days was to publish the names and pictures of members of parliament on their website, to inform people about who was representing them. They also published MP’s absences and presences in parliament and gave information on their voting decisions. “The goal was to hold politicians accountable and to enable people to make more informed political choices,” she says. 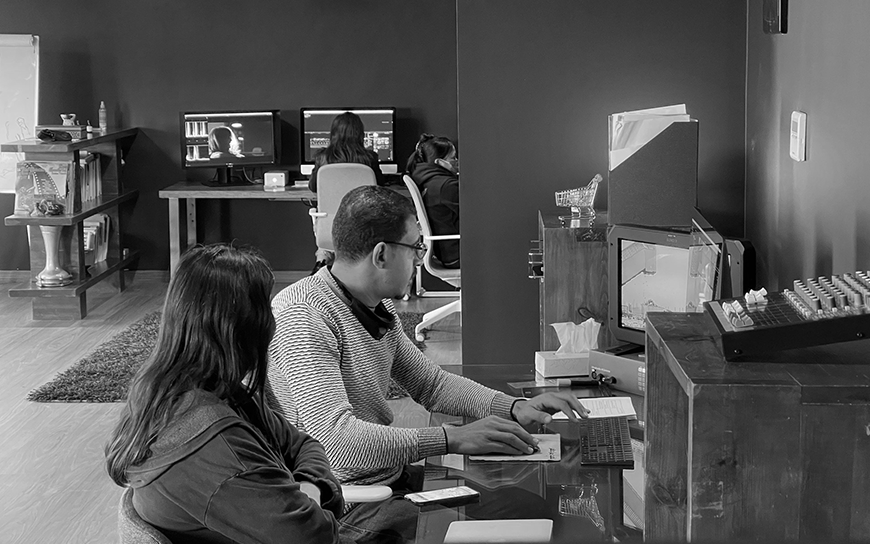 Four areas of expertise and monitoring

From the outset, Bawsala has advocated for transitional justice and institutional reform, aspects they consider esssential to consolidate Tunisian democracy and to prevent the return of a dictatorship. One of their biggest successes has been to ensure that the Constituent Assembly enshrines the principle of open governance in the Constitution.

Another priority for Al Bawsala was to push for decentralisation, reversing the overly centralised administration system put in place during the dictatorship, where power was in the hands of the few. But that required some adjustments too. “We quickly realised that decentralisation could not happen without increasing government spending - so we decided to start monitoring the state budget as well as local municipalities,” relates Jelalia.

Each of these four monitoring projects has their own website, with all types of content accessible to the citizens, from live-streaming of the parliament’s plenary sessions to information about local and national budgets.

Of course, such a large amount of legal and economic information can be intimidating, so Al Bawsala has developed infographics and data visualisations, on its social media to better explain this data. Today, its Twitter and Facebook accounts have more than 250,000 subscribers each, a significant number in a country with a population of less than twelve million.

Over the years, Al Bawsala has built a solid reputation as a trustworthy watchdog of state activities, and every year releases the only report in the country on parliamentary work. 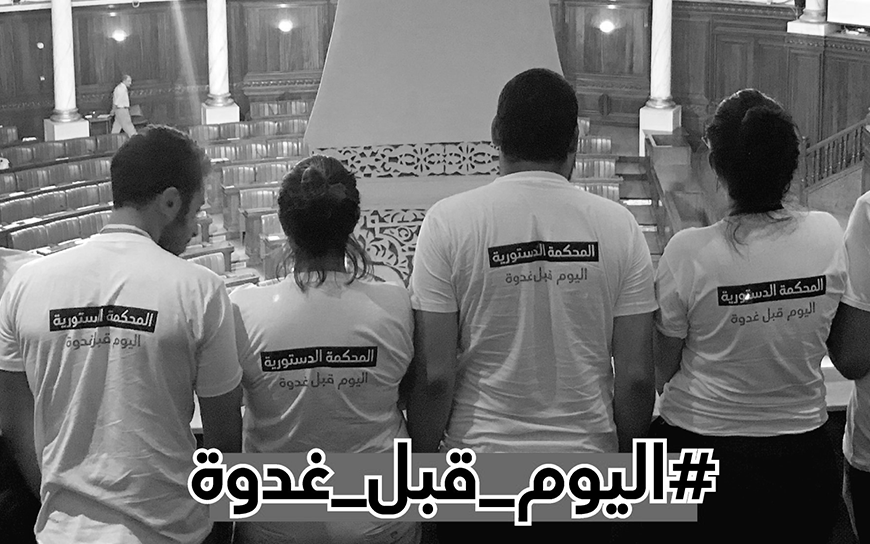 With the Covid-19 pandemic, the Tunisian government was given the power to rule by decree in order to take actions quicker and more efficiently. Al Bawsala felt compelled to extend its monitoring work to the government, to avoid a rise of anti-democratic measures, and requested additional EED for funding for this work under a special Covid-19 grant scheme.

“It's imperative to make the government accountable during the pandemic, so that they can make the right decisions to protect the citizens and also to alleviate the socio-economic impact of Covid-19,” states Jelalia.

She admits that the Tunisian government has made some questionable decisions during this period, such as only purchasing extra ICU beds eight months into the pandemic, and maintaining VAT on gels and face masks while considerably lowering taxes on luxury goods such as yachts. This is where monitoring government spending is crucial and Al Bawsala has liaised with international and local organisations including the IMF and the World Bank, to raise awareness of these issues.

Another key issue that has emerged during the pandemic is the increase in police brutality. Last November, Al Bawsala created a website where citizens can report acts of police violence. After verifying claims, Al Bawsala then connects the victims with Avocats Sans Frontieres, an NGO which provides legal assistance and Psychologues Du Monde which gives psychological support service.

“In Tunisia, we did not have a military dictatorship, but we do have a police state,” explains Jelalia, “and there was no adequate police reform after the revolution. The police is opposed to this reform as they want to retain their power.” She goes on to explain the lack of impunity for police in cases of violence, rape and even killings, all with the pretext of fighting terrorism.

Working to consolidate and defend democracy in Tunisia

Tunisia hasn’t been spared the rise of right-wing populism and threats to democracy that have swept the entire world during the Covid-19 pandemic. Jelalia and the rest of the Al Bawsala team are extremely worried by this phenomenon.

“When the countries that are supposed to lead by example in the global democratic community are actually going backwards, the result is a normalisation of authoritarianism which is very dangerous for a country like Tunisia,” she says.

This is the reason that she and the Al Bawsala team are planning to intensify their advocacy activities in coordination with other civil society organizations. “The current parliament is possibly the most conservative one we have had since the revolution, and the political landscape is heavily polarised and populism is on the rise. As civil society it is our duty to push back on certain laws and to provide a democratic alternative,” says Jelalia.