A Tunisian watchdog against corruption in public enterprises

After two decades as a political refugee, Imad Daimi went back to his native Tunisia to consolidate democratic development and fight against corruption. 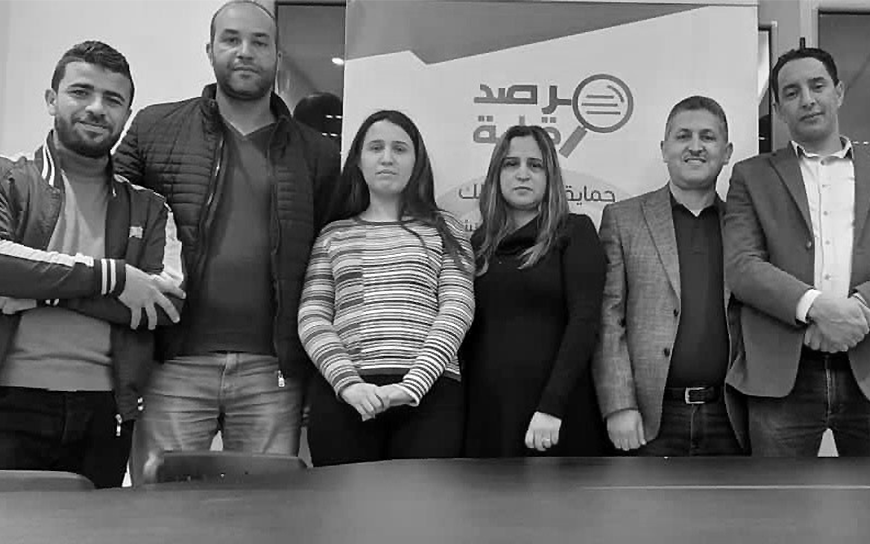 Ten years after the Jasmine Revolution in Tunisia, Imad Daimi is still working hard to improve the future of his country. After spending more than twenty years as a political refugee and human rights activist in France, he returned home in 2011 to help rebuild a democratic Tunisia after the revolution. He was part of the Constituent Assembly which wrote the new constitution and was a member of parliament from 2015 to 2019.

As an opposition MP he was then rapporteur on the commission on civil liberties and human rights and worked on the fight against corruption, contributing to the adoption of important anti-corruption legislation and international conventions. He distinguished himself as one of the most active MPs on the issue of corruption, with the help of Mohamed Abdelmoumen, a friend who was a senior analyst in a public transport company, and two faithful assistants named Bouzid and Hajer.

When he completed his parliamentary term at the end of 2019, Daimi decided not to seek re-election and founded Observatoire Raqabah - or ‘supervision’ in Arabic – with the help of his friend and assistants. The organisation’s goal is to promote citizens’ supervision of state activities and their ability to demand accountability for cases of corruption.

“This country needs people and organisations who work full-time to fight against corruption,” he declares in conversation with EED.
For the first months, Observatoire Raqabah’s team worked on a volunteer basis. EED support has allowed them to recruit six full-time employees as well as two interns. They have also rented an office with the increased security measures necessary to protect their files. From a motivational point of view this funding was important too, as the team felt rewarded for its hard work.

Raqabah has three foci. First, it investigates corruption, analysing dossiers received from trusted people in the state administrative structures or public enterprises and reporting them to the relevant authorities. It ‘names and shames’ guilty parties, publishing short videos explaining each major case of corruption on social media, to ensure that these cases gain the attention of the Tunisian public.

The team usually works alone, but sometimes it cooperates with other organisations, which identify corruption cases for Raqabah. Thanks to Daimi’s public service career, the organisation works closely with the justice system, especially the anti-corruption branch, who send on one dossier per week on average.

The results of Raqabah’s work are impressive. To date, more than a dozen people, including prominent officials from public enterprises have been prosecuted for corruption; among them, the presidents of the public highways company and of the company for interregional transportation. Many others are under investigation thanks to Raqabah’s efforts.

Second, Raqabah’s works on proposing solutions. The team is studying legislation and corruption cases to propose reforms on anti-corruption in Tunisia. It started by collecting information, sending requests to access information on public companies and building a database which includes financial and audit reports for more than 130 public enterprises.

The team then analyse the data to highlight problems and discuss how to solve them, contacting company managers and politicians to propose solutions. Thanks to Daimi’s political network, the organisation regularly cooperates with MPs, including the president of the anti-corruption commission, with whom they have a weekly meeting. One of Raqabah’s goals is to have 10 per cent of all MPs participate in their activities by the end of 2021.

Third, Raqabah wants to build a culture of accountability within Tunisia, with citizens acting as watchdogs for the government. The organisation focuses on educating the youth, through workshops and training programmes. They have also created an online mascot, called Raqib, on their recently-launched website, who explains to a general audience what corruption is, how it works and why it is important to fight it.

Together with a network of 12 partner organisations, the team have also developed an educational programme for youths aged 14 to 19 in different regions of Tunisia. 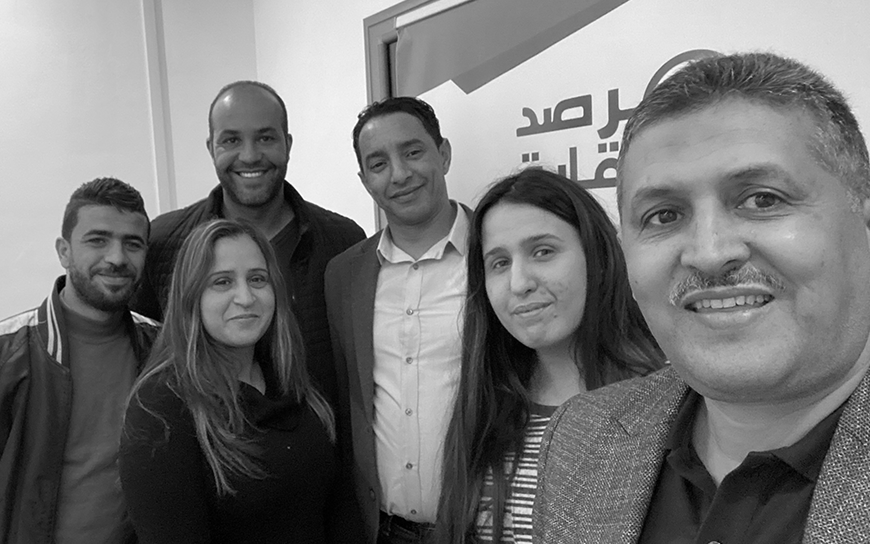 Covid-19 and the future of the Observatoire

Raqabah’s educational activities were disrupted by the lockdown measures during Covid-19, with in-person seminars no longer possible. But when it comes to investigative work, it’s been business as usual. While they have less regular contact with the public enterprises and organisations that they monitor, the pandemic also gives the team more time to analyse the dossiers.

Many of the cases investigated by Raqabah have gained a good attention from the media and the public, especially when there have been high-profile arrests. “People are really interested in the topics we work on,” states Daimi.

Raqabah is now one of the most prolific organisations in Tunisia in the fight against corruption. Despite this success, the team refuses to rest on their laurels and they have big plans for the future.

They want to adopt new software and new processes to automatise and streamline their work. They are working towards a project that will give citizens access to all public documentation about public enterprises, enabling them to supervise their own government. They are also looking at expanding their regional network in North Africa and the Sahel to apply Raqabah’s model in other African countries.

While for now it is their work exposing crimes that has gained the most attention, Daimi wants to invest more on the other two foci of the organisation, namely proposing reforms of the judiciary and legislative systems, and investing in communication efforts to reach out to young people and create a true culture of accountability in Tunisia.