As the war in eastern Ukraine enters its fourth year, challenges in the Ukrainian army persist. An NGO in Kyiv is fighting to ensure that no soldier falls through the cracks. 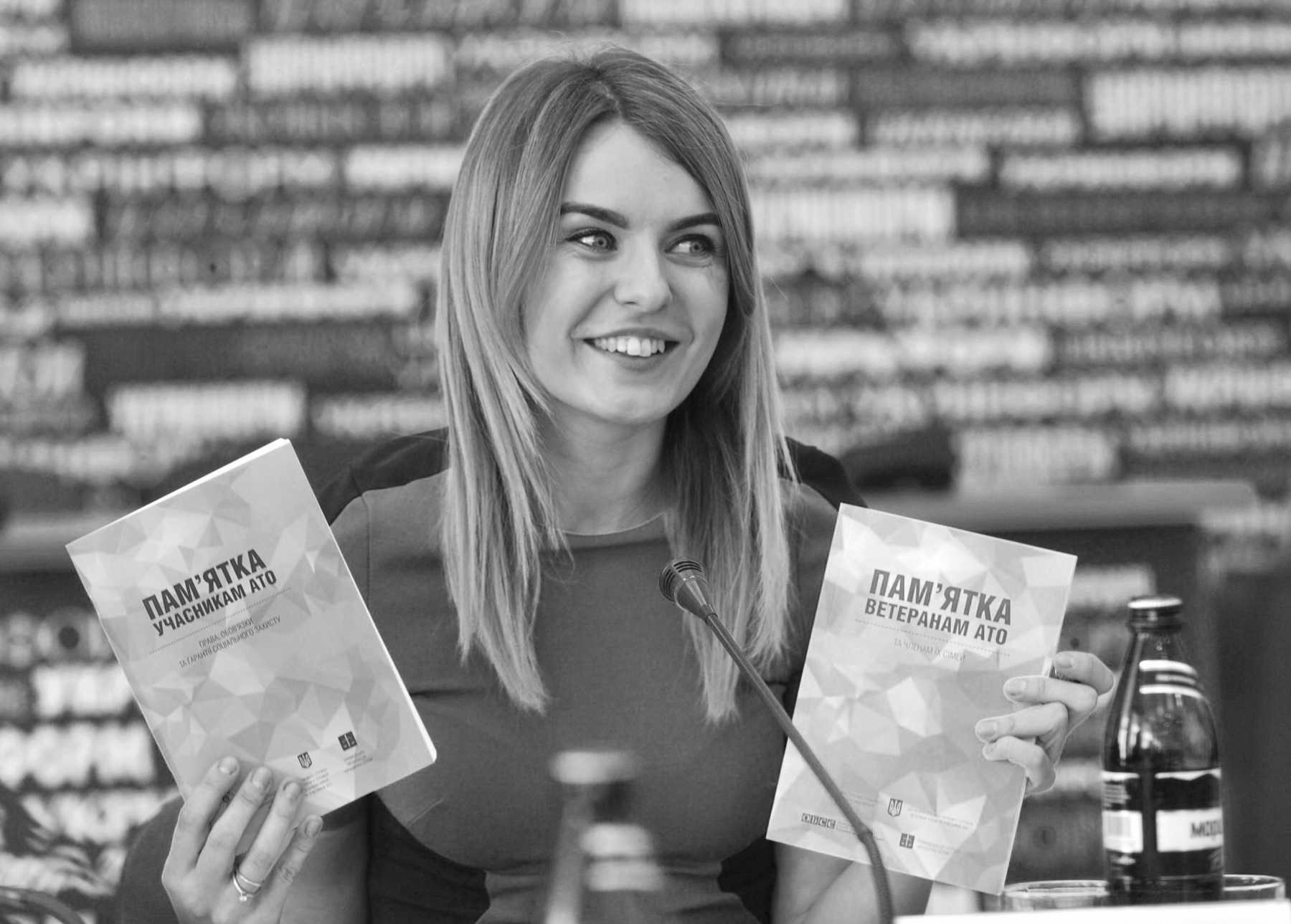 One day in summer 2014, as the war pitting government forces against Russia-supported separatists raged in eastern Ukraine, Lesia Vasylenko headed off to a military hospital in Kyiv.

She was carrying an envelope filled with money she had helped raise, at a friend’s request, for a young soldier who had lost a limb in combat and required a costly operation.

It was a visit that would change her life.

Vasylenko, who was then on maternity leave, decided to spend her time off work to help wounded soldiers defend their rights and claim the compensations they often failed to receive due to Ukraine’s convoluted legislation and unscrupulous commanders.

What began as a volunteer initiative has now become a full-time job for the 29-year-old, who has put her job at a law firm on hold to devote herself to her advocacy work.

Today, she heads Legal Hundred, a major NGO with more than 200 volunteer lawyers and representatives in 12 regions.

It’s more than a full-time job, I work 24/7!” she laughs. “I joke that this work is like my third child: I dream about it at night and I spend more time at the NGO than with my family and friends. It’s become a hugely important part of my life.

What we are doing is really changing things in Ukraine and these changes positively affect hundreds of thousands of people."

According to Vasylenko, the war veterans and the soldiers still fighting in the east represent one of the country’s most vulnerable group.

Their legal status is unclear at best under Ukrainian law and Vasylenko says most of them are too proud to complain, let alone ask for help.

To raise awareness about their rights, Legal Hundred, which is partly funded by EED, prints out information leaflets and distributes them to military hospitals and NGOs that provide assistance to families of wounded or killed soldiers. Vasylenko also encourages private businesses to support the information campaign by printing out leaflets for her group.

“The informational aspect of our work is very important,” she says. “Through us, people find out about their rights, about what they are eligible for, and they go and get it for themselves. I like to think that I’m promoting social activism and fighting this passive-aggressive state that many veterans fall into when they return from the battlefield.”

Over the past two years, Vasylenko has established a close working relationship with the army’s General Staff and the state service for war veterans. This has enabled her group to obtain first-hand information on changes in the laws and regulations affecting soldiers but also to actively lobby for legislative reform.

Last year, Legal Hundred drafted a proposal to remove amendments introduced since the war began in eastern Ukraine that effectively allowed the army to indefinitely prolong the contracts of soldiers who had enrolled in the military on a temporary basis.

With the war in eastern Ukraine entering its fourth year, the number of volunteers is rapidly dwindling and Vasylenko says military commanders routinely bend the law to keep soldiers on the battlefield.

“Many soldiers turned to us for help dissolving these contracts, which were informally referred to as modern-day slavery,” she says. “We got the General Staff on board by explaining to them that these contracts were starting to give the army a terrible reputation.”

The proposed changed were voted into law, and Legal Hundred now reports violations of the discharge process directly to the General Staff. So far, every single complaint has been resolved and each soldier who petitioned the General Staff through the NGO was sent home.

The group is now working on improving the legal protection of soldiers who sustained a permanent disability in the war, families of killed soldiers, and people who were taken hostage in eastern Ukraine.

“Nobody expected this war, our legislation is totally unsuited to the current situation,” says Vasylenko.

Legal Hundred is also trying to tackle endemic gender discrimination in the Ukrainian army, where women are legally barred from holding a range of positions available to men.

“This is complete nonsense, it’s a legacy from the Soviet era,” laments Vasylenko. “Women can fight just as well as men and there are plenty of women combating on the front line, but because of Ukraine’s legislation they are officially registered as army cooks, cleaners, or accountants. This severely influences their salaries and benefits.”

Legal Hundred co-drafted amendments to the current legislation on women in the army in collaboration with another NGO. A vote is still pending on the bill, which, if passed, would provide for equal pay and gender equality in the military.

It’s been almost three years since Vasylenko began her crusade for Ukrainian soldiers. The war shows no sign of easing off, and the young woman admits that she and her colleagues at Legal Hundred are exhausted.

Vasylenko, however, has no intention of giving up her advocacy work.

The people we defend represent a relatively small percentage of the population, but they are the ones protecting our country right now,” she says. “The unfairness of the situation, the pain of the war going on in my country, this is what drives everything I do now. I can’t fight on the front line, so this is my way of helping Ukraine.

The group’s hotline currently receives an average of 900 calls for help every month -- a threefold increase over just one year.