A unique space of discussion and civic participation for Armenian youth

The first café of its kind in Armenia provides a venue for discussion and community engagement for Armenian youth. 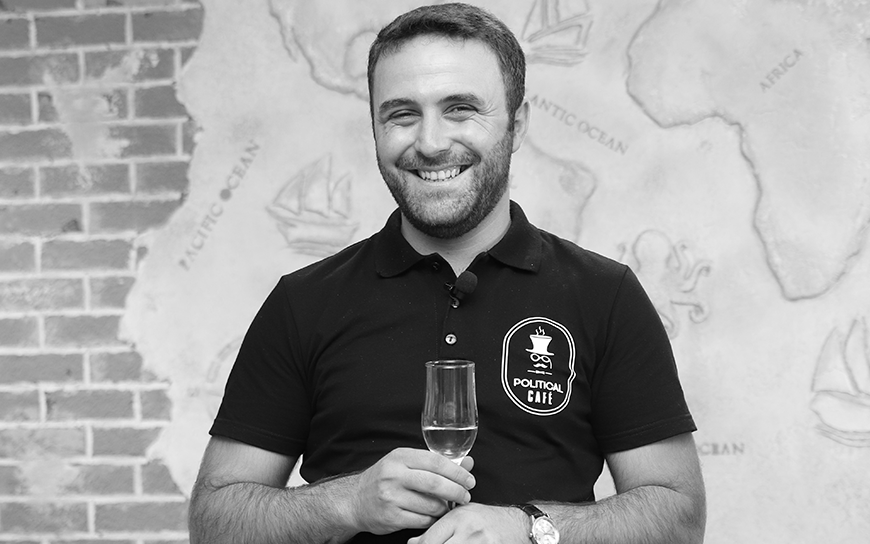 Talin is a small Armenian town of beautiful medieval monuments and churches and is a popular tourist destination. Located not far from the Turkish border to the west of Armenia, the town’s proximity to Yerevan, a mere hour’s drive away, has meant it is often passed over when it comes to infrastructure investment. Its 6,000 residents travel to the capital for work, study and leisure; there is little to interest them at home. Until the summer of 2020, that is.

In late August 2020, Talin became the first city in Armenia to open a ‘Political Café’. The brainchild of Narek Tutkhalyan, the town’s Political Café has since become a hub of activity attracting customers from Talin and far beyond. It offers a unique venue for young and old to discuss the issues that affect them, to meet with community leaders, parliamentary deputies and other influential speakers and to attend training programmes – all, of course, around a good cup of steaming soorj – the local coffee.

A venue to keep alive the spirit of revolution

When EED first met Tutkhalyan in 2018, he was then working as a youth coordinator in another region of Armenia and he planned to return to his home town of Talin. In the flurry of energy of the post-Velvet Revolution days, he wanted to keep alive the spirit of this revolution and young people’s newfound interest in politics and social activism. He knew that there was no physical space available for young people to meet freely in Talin and the idea of the Political Café was born.

“I felt strongly that we needed to do something for Talin. I wanted to make our town stand out, to brand it in some way. Most young people felt no real link with home. They constantly travel back and forth from Talin to Yerevan for work or for their studies. I wanted them to feel proud of their origins and to feel involved in their home town. I gathered a team of young people around me who had the same vision,” he explains in an interview with EED. 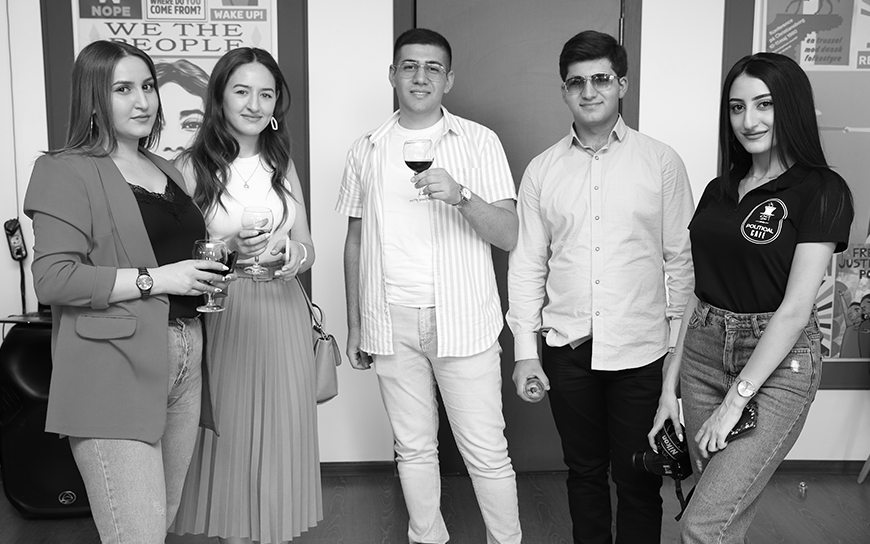 Opened despite delays due to COVID-19

The team identified a building abandoned since the collapse of the Soviet Union in 1991. Having secured an EED grant, they set about rebuilding it and transforming it into a modern café venue. They also launched a communications campaign about the project on local media, generating much interest in the wider region.

The beginning of the COVID-19 pandemic slowed down the re-construction project as all building work was halted in the country during the spring lockdown period. The group moved many events and training programmes for young people online at that time.

The café opened with a bang in late August and since then, it has established itself as a place of encounters and discussion, with most activity focused on the weekends.

On Fridays, the team run ‘Political Fridays’ where they invite a speaker, usually a prominent politician, to speak about the main news topics of the week. On Saturdays and Sundays, they hold what Tutkhalyan calls ‘political stand-ups’, where guest speakers talk about developments in the country, helping to educate and interest young people in political issues. 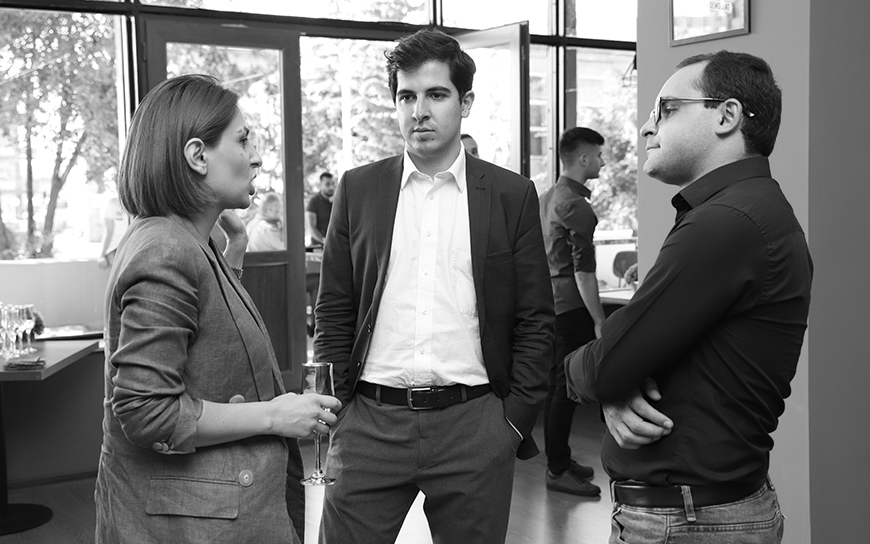 Engaging with the Yezidi community

A key part of the group’s initial vision was to work with the greater municipality of Talin to engage with the wider local community, including with the five nearbyYezidi villages. Yezidis make up 1.3 per cent of Armenia’s population, the largest minority group in the country. For many years, the Yezidis, as a closed ethno-religious community, lived quite separate lives from other Armenians in more rural parts of the country. There have been various attempts to recent years to increase their political participation, notably by Xirat media, also supported by EED.

Tutkhalyan relates that the café’s work with the Yezidi community has been particularly successful. The Yezidis are interested in information about local government bodies and want to become more engaged within Armenian life, with women particularly active. The café team provided important support to the Yezidi community during the pandemic, informing them about protective measures against COVID-19, helping them to provide for state support programmes and distributing food provisions to families in need. 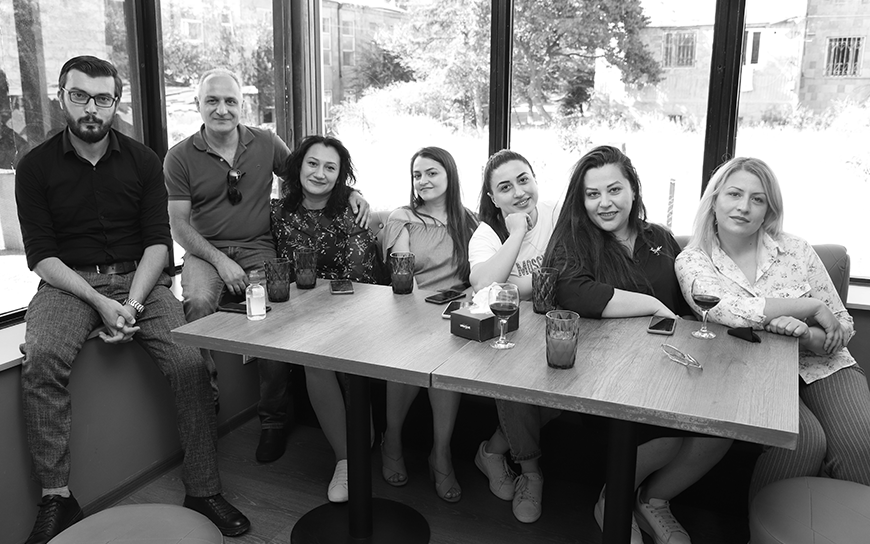 The Nagorno-Karabakh war was a very difficult period for the Political Café which closed for a couple of days back then. It soon reopened, but with a more sombre feel during those black weeks. The team felt it was important to continue to provide a venue for people to gather and to talk about what was happening in the country, but did not feel it was appropriate to play their usual music.

In the post-war context, the Political Café is now back on track. They have begun to hold events again, recently hosting both a musical evening and a youth business networking event. They are also planning a series of meetings between candidates in the forthcoming local elections and young people, which Tutkhalyan sees as vital as the electoral region was recently extended to include 30 communities.

In 2021, they plan to open two new political cafes in Armenia – in Ijevan, to the north of the country near the Azerbaijan border and in Ararat, to the south near the Turkish border.

“Many young people want to have a venue like we now have in Talin, where they can meet politicians and where they can discuss their problems. They feel free here. They can be themselves and they can speak out about what really matters to them to the people who can make changes happen. They understand what we are doing here. A Political Café is about far more than just business. It is about developing our culture and our thinking,” Tutkhalyan says.