Once a world-ranked swimmer, Dmytro Schebetiuk abandoned his Paralympic dream to found Dostupno, an NGO advocating for the rights of Ukrainian people with disabilities. 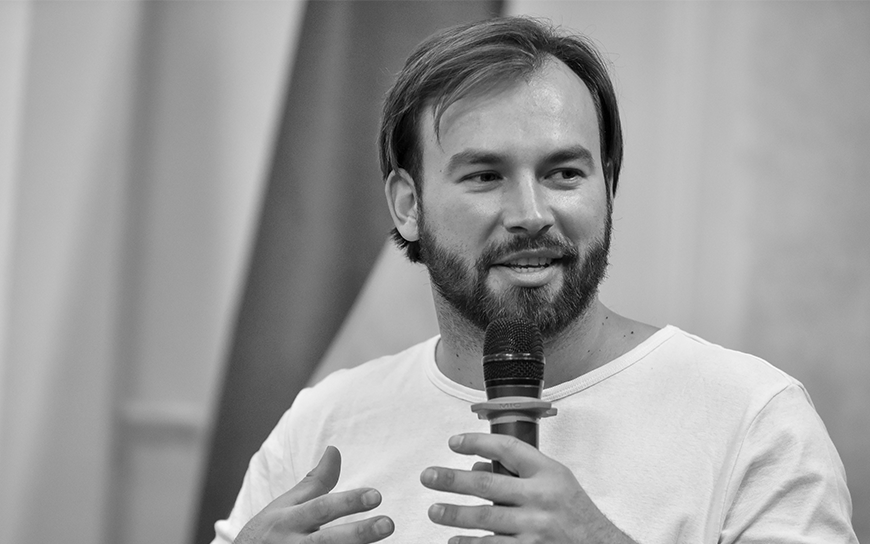 Two years ago, Dmytro Schebetiuk was set on a Paralympic swimming career. Ranked sixth worldwide in his category among Paralympic swimming hopefuls, his coach told him he had to choose between his sporting career or his civil society work: he could not be a champion in both. He decided to abandon his Paralympic dreams and to focus on his work of transforming the lives of people with disabilities in Ukraine.

In conversation with EED, Schebetiuk recalls that it was a trip to a café on Kyiv’s central Khreschatyk street that launched his career in civic activism. “I trained five days a week in those days. Saturday was my only day off and on Sunday, I slept all day to prepare for the week ahead. One Saturday afternoon, I wanted to go for a meal with a friend, but I couldn’t get in anywhere. I was in a wheelchair and there were steps into every café and restaurant. Eventually, we found a sushi bar with just three steps, and with some assistance from the staff, I was able to get in,” he recalls.

As they were having their meal in the café, he had the idea of checking out establishments to see if they were accessible for wheelchair users and then publishing the results on social media. That way, he would let owners know how to make their places more accessible and inform people about wheel-chair friendly locations in their cities. From the very start, the initiative chose to take an unbiased and positive approach focusing on achievements, highlighting shortcomings and suggesting improvements.

“We decided to write reviews of the restaurants we visited and explain how to make them architecturally accessible for wheelchair users: the type of ramp needed, the size of the entrance, wheel-chair friendly toilets, that kind of thing. We also wanted to publicise establishments that were already accessible,” he recalls.

He launched a Facebook page and he began to produce humorous weekly vlogs focused on his experience as a wheelchair user in Kyiv. This work led to the establishment of the NGO Dostupno.UA, or ‘accessible’ in Ukrainian, that Schebetiuk now heads. 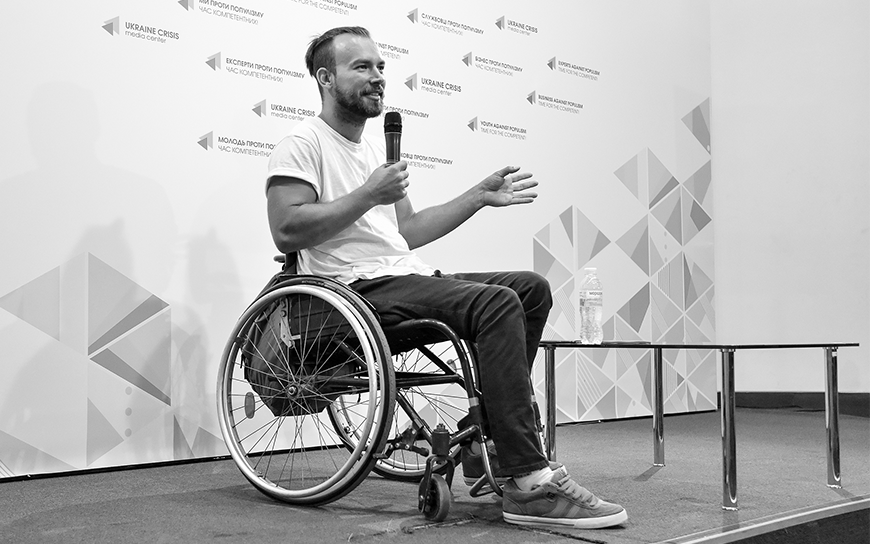 Changing the perception of disabled people in Ukrainian society

For Schebetiuk, his work is always ability-focused. “I want to motivate people, to demonstrate and remind them that there are always others ready to help them. I also wanted to teach them to help themselves and to give them the tools to do so,” he explains.

Dostupno.UA are working to normalise the perception of disabled people in Ukrainian society. In Soviet times, such people were hidden from societies and lived largely closed lives at home or in institutions. This is a narrative the Dostupno.UA team is determined to change.

The NGO now has a number of areas of work. Dustupno.UA have created a sticker sign ‘DostupnoRecommends’ for establishments and administrative buildings certified as accessible to wheelchair users. They present ‘Open Doors’ awards to locations and initiatives that have already made their spaces accessible and are working on normalising the public perception of people with disabilities. For Schebetiuk, such awards are important publicity tools, helping to distinguish best-practice in accessibility in Ukraine and encouraging others to follow suit. After all, accessibility should be the norm, not the exception.

“We want to make sure that wheelchair users are not labelled as heroes because they are active in society or alternatively, are perceived as victims because of their disabilities. Our aim is to enable these people to live fuller lives. I am not a hero because I go out on the street. I’m just a normal person going for a walk and I happen to be in a wheelchair. I want society to understand that if cities are made accessible and more services are made available, then people with limited mobility can live as full a life as anyone else,” he relates. 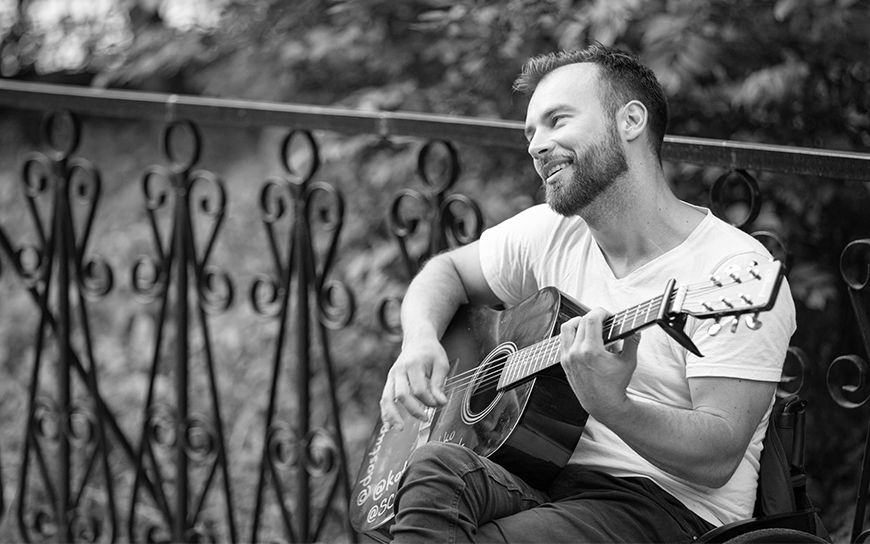 As part of this work, Schebetiuk has also produced vlogs documenting his travels across Ukraine and Europe. He is particularly proud of a trip around Europe he took in 2019 with just €100 in his pocket. “I visited 10 countries and came home with €20. I wanted to show that everything is possible. If I can travel, so can any other wheelchair user,” he says.

Dostupno.UA also works in partnership with the travel service ‘Secret Ticket’ organising trips for disabled people in Ukraine. Travellers only learn about their destination just before their departure when they receive an envelope with a map of the city, noting accessible places, and a hotel booking. The idea behind the project is to inspire disabled travellers.

Schebetiuk notes too that accessibility is important for people from all walks of life, as most people face accessibility challenges at some point in their life, be they parents with strollers, older people with limited mobility or injured army veterans.

Dostupno.UA run a high-profile annual Inclusivity Forum which brings together representatives from the public, government and business to raise issues of creating accessible urban spaces. This year’s forum was held online due to the Covid-19 pandemic on the anniversary of Dostupno.UA’s founding.

One of the organisation’s most popular projects has been the development of an online accessibility map (TosMap) with listings of institutions and buildings in cities across Ukraine noting their accessibility and services for people with limited mobility. This map is also communicated via social media and via Schebetiuk’s frequent appearances on national television. Usually, Schebetiuk visits cities himself but with the Covid-19 lockdown, this work is now being done by regional activists.

Indeed, collaborating with other regional organisations and activists is an increasingly important part of Dostupno.UA’s work, as the NGO seeks to inspire wheelchair users throughout the country and ensure accessible environments for all. 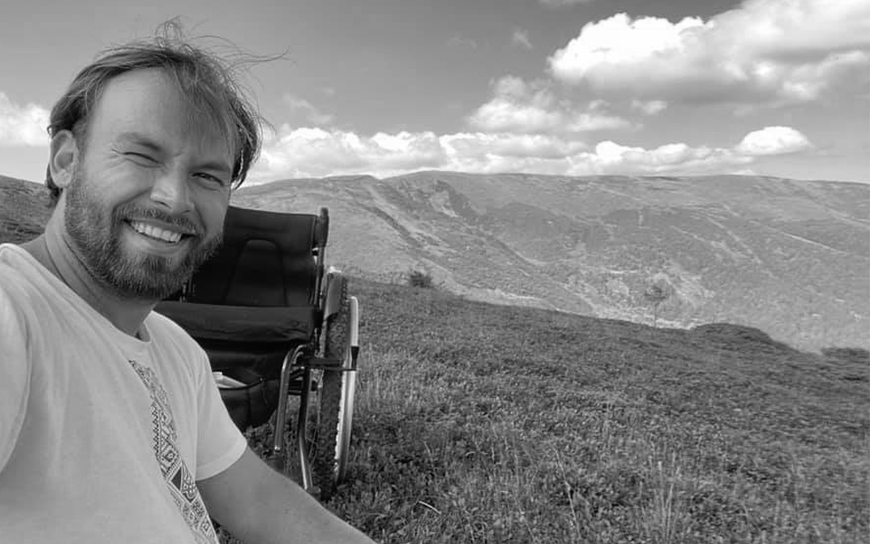 An EED grant is now supporting Dostupno.UA to transform from a mainly volunteer-based organisation to a sustainable one, with the team spending much of the lockdown period last spring producing videos and taking stock of their work to date as well as planning for the initiative’s future.

Dostupno.UA are increasingly seeing the effectiveness of their work.

For three consecutive years, Schebetiuk was included in Ukraine’s Top 100 Most Influential People by the magazine Focus (2017-2019), and received the Human Rights Tulip award from the Ministry of Foreign Affairs of the Netherlands.

He relates that following a Dostupno.UA-led campaign against non-accessible bus stops constructed in Kyiv in 2019, almost all these stops were later replaced.

The organisation was also recently commissioned by the Ministry of Foreign Affairs to carry out an audit of the ministerial premises and produce recommendations to ensure their architectural accessibility to all groups of people.

“We have proved that accessibility is possible. You don’t need lots of bureaucracy to make things happen. We know that the instrument to change society is publicity and we will continue to do lots of publicity around accessibility on social media and on television,” he says.

When asked, he admits too that he has no regrets about abandoning his Paralympic dreams. “I get such energy from the work I do today. I still swim of course, but these days it is just for pleasure.”