For more than 10 years, the Sexual Assault Crisis Centre has offered psychological and legal support to survivors of sexual assault, challenging stereotypes and raising awareness. 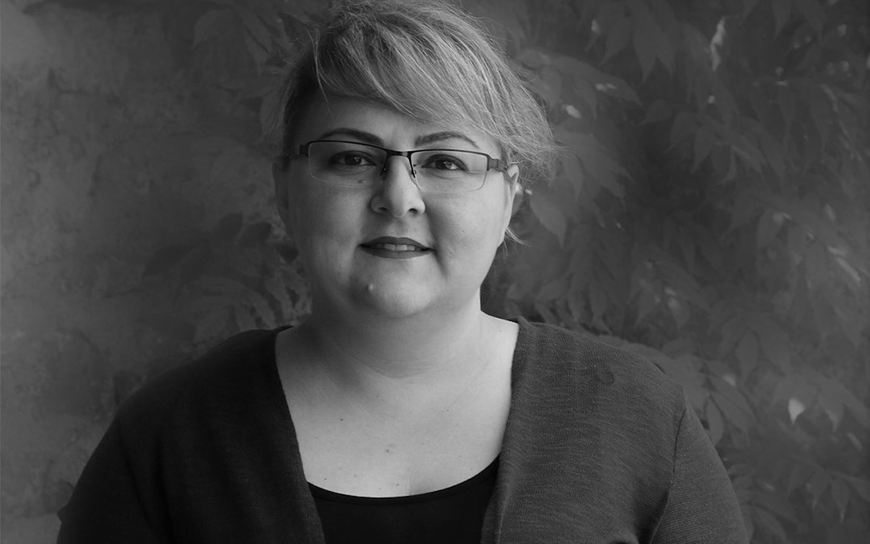 According to UN statistics, one in three women in Armenia experience physical and sexual violence at least once during their lifetime. While there are many groups helping survivors of domestic violence, the Sexual Assault Crisis Centre (SACC) in Yerevan is the only organisation in the country providing support to sexual violence survivors.

As in many other counties, in Armenia it is still taboo to discuss the root causes of sexual violence and victim-blaming is common. Some positive changes in public perceptions are slowly taking place, including in the law enforcement agencies and among medical personnel and judges; however, there remain many societal misperceptions and institutional challenges.

The origins of the Sexual Assault Crisis Centre

In a conversation with EED, SACC’s Programme Director Tatevik Aghabekyan explains that the organisation was followed as a result of her experience working with the Women’s Resources Centre. This NGO provides training and workshops for women and girls and Aghabekyan was struck by the numbers of women who approached her reporting sexual assault and looking for help. This experience prompted her and a number of colleagues to set up a new organisation to provide services to these women.

SACC started its activities in 2008 with the establishment of a hotline for sexual assault survivors, and officially registered as an NGO in 2009.

Since then, the organisation has supported women survivors of sexual violence, providing therapy sessions with a psychologist and accompanying women to the hospital for medical care and to the police should they decide to report the crime. In 2010, after a high-profile case of teachers sexually abusing their pupils, SACC began working with children as well. In 2016, the team hired a lawyer to provide legal representation to survivors in court. 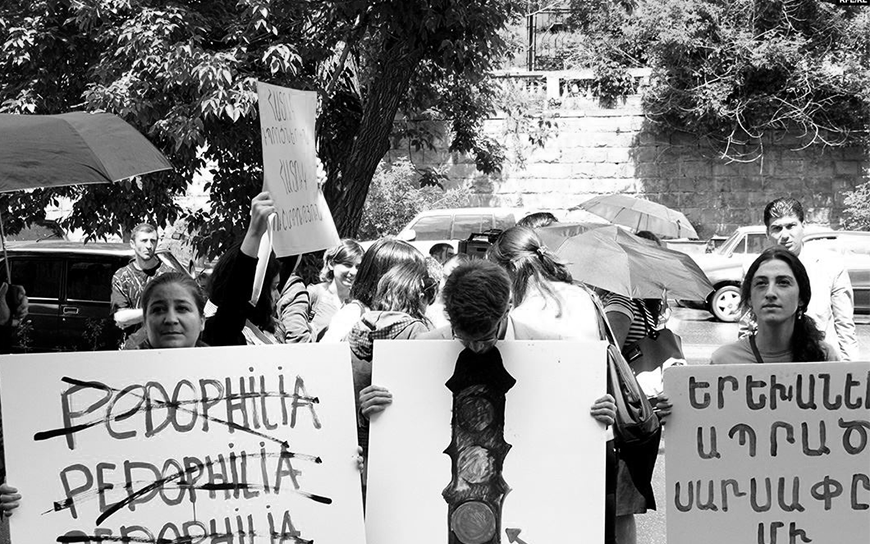 SACC is based in Yerevan, but some of its services, like the hotline, are accessible to women throughout the country and their lawyers travel all over Armenia to represent survivors during court proceedings.

An EED grant has now enabled SACC to rent an office and is covering employees' salaries. The organisation’s current staff include a psychologist, two lawyers, a social worker and two individuals focused on advocacy work, with Aghabekyan coordinating the activities. EED funding is also helping SACC to develop new collaborations with other organisations, and to build the capacity of NGOs in the regions so that they may also provide support to sexual assault survivors.

In 2019, SACC organised a public campaign with other NGOs on 25 November, the International Day for the Elimination of Violence against Women. It was important to the organisation to ensure public debate and raise awareness about this difficult and delicate issue.

Changing both the law and people’s mentality

SACC is not just focused on dealing with the aftermath of sexual assault; it also aims to challenge stereotypes about sexual violence in Armenian society.

Aghabekyan notes that the belief that survivors of sexual violence are somehow to blame is still prevalent in Armenia.

“People are always quick to ask the woman, ‘What were you wearing? Were you drunk? Why did you provoke them?’” she remarks. She notes however, that there has been a recent shift in attitudes when it comes to domestic violence. The media have also started talking more about sexual violence, also a taboo subject in Armenia, like most topics related to sex and sexuality.

Aghabekyan relates that SACC also organises public campaigns and training with women, children and teachers, to teach them how to recognise signs of sexual assault and how to report them.

One of their first projects in 2008 was to develop a children’s colouring book focused on bodily integrity. Even though the book did not contain any explicit reference to sexual assault, it caused enough of a stir that a group of men started throwing eggs at SACC’s premises. “In the end, this was good publicity for us,” says Aghabekyan with a smile. “It put SACC on the map.”

The organisation has also advocated for changes in the criminal code since 2011, obtaining an important success in 2014 with the approval of a new law granting harsher punishments for perpetrators of sexual violence on children who are in a position of authority over them. These include parents, teachers and other guardians.

Aghabekyan admits that there is still a long way to go, but there is hope. Last year Armenia ratified the Lanzarote Convention on protection from sexual violence on children. She hopes that this will lead to more police officers being trained to handle sexual assault cases. 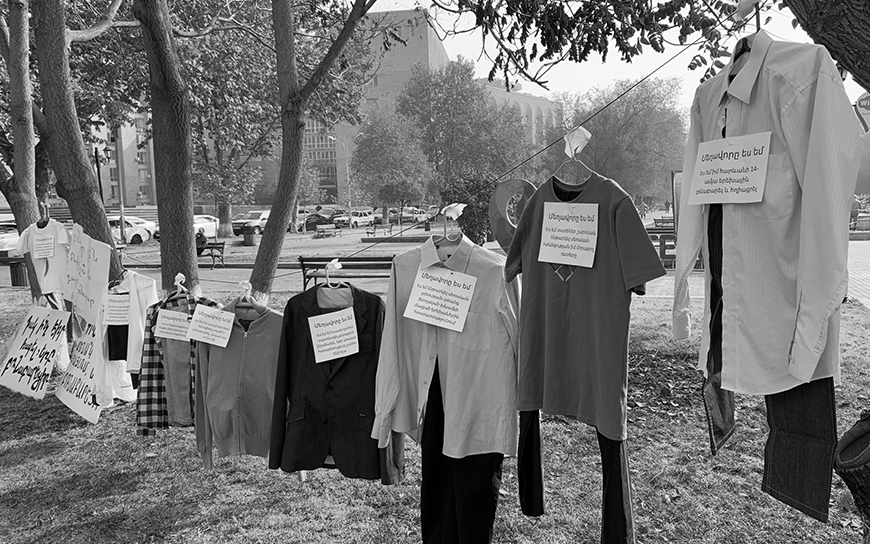 Working in the middle of a pandemic and of a war

SACC was able to move many of its activities online during the COVID-19 pandemic without too many disruptions. Training and therapy sessions are now conducted online and some of their awareness campaigns are broadcast on regional TV. They have produced public service announcements for survivors of sexual assault in quarantine.

The recent war in Nagorny Karabakh significantly disrupted SACC’s work: “Everyone was so busy with humanitarian work that everything else had to take a backseat,” says Aghabekyan.

SACC provided training for other organisations on how to help people deal with the trauma of losing their loved ones, something which many refugees from Nagorny Karabakh as well as Armenian residents have experienced in the past few months.

SACC is now cooperating with the Women's Resource Centre, its parent organisation, to distribute hygienic products to people from Nagorny Karabakh, and plans to also provide psychological counselling to displaced women and girls. Aghabekyan worries about the risk of sexual assault for those who stayed behind in Nagorny Karabakh and wants to start an awareness campaign in the region. 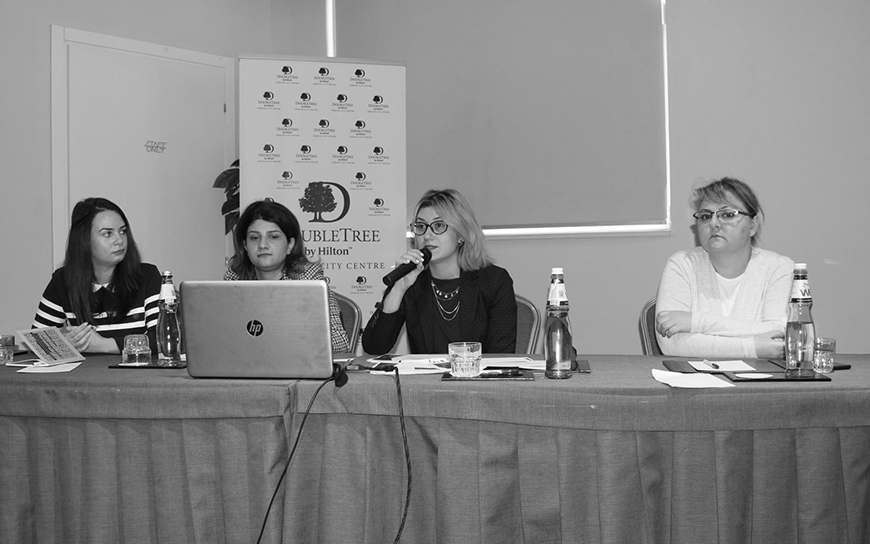 A demanding but rewarding job

Aghabekyan admits that the work of SACC is as necessary as it is taxing. When asked how she and her colleagues can keep going while hearing heart-breaking stories of sexual assault daily, she acknowledges that not every person can do this kind of job. She does not consider herself a hero; she just has had to learn how to compartmentalise.

Despite the hardships, there are many things that make the job worthwhile. The biggest successes for SACC’s team are when a case goes to court and a criminal gets convicted, or when one of the women they assist overcomes her trauma and can stop the therapy with the psychologist.

Aghabekyan now wants to make sure that the police and State Prosecutor’s offices incorporate SACC’s guidelines in their trainings for sexual assault. She is thankful that EED support has allowed them to develop a network of women’s organisations all over Armenia and this is something she wants to develop more.

“In the future, if a woman calls us from any region of Armenia, we want to be able to direct her to a centre in her region that can give her the help she needs,” she says.