Narratives and realities in Russia and the West

EED co-hosted a high-level conference entitled “Narratives and Realities: Russia and the West in a fight for the hearts and minds” in Sofia on 9 June 2016. 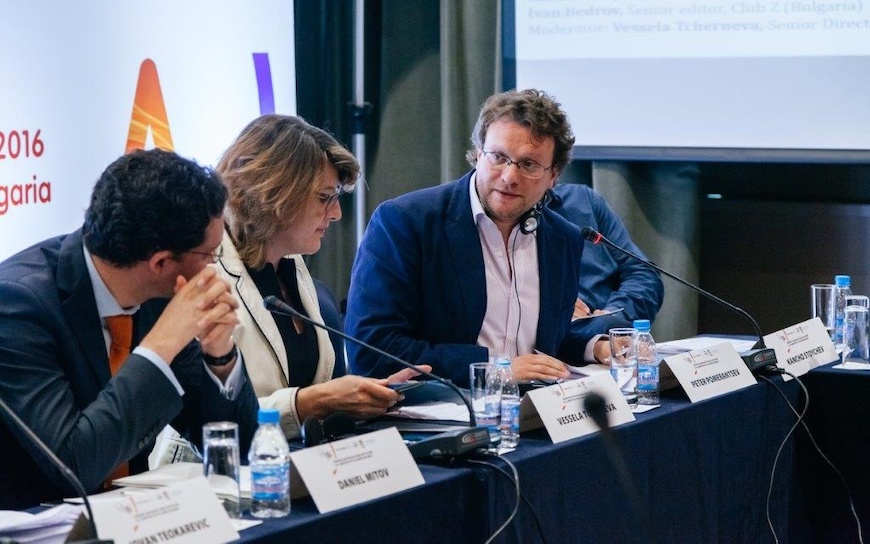 EED co-hosted a high level conference entitled “Narratives and Realities: Russia and the West in a fight for the hearts and minds” in Sofia on 9 June 2016. The objective of the event was to discuss ways in which information is disseminated and popular narratives formed in Russia and the West, and how to strengthen independent, pluralistic and high-quality media.


The conference began with a key note speech by Daniel Mitov, Minister of Foreign Affairs of Bulgaria. The Minister pointed out the need for a fact-based but also more nuanced debate on the current state of the affairs. “The world is far too complex to be portrayed only in black and white, we cannot turn a blind eye to the issues which the West has; issues which by no means are a fault of the East. We should also not belittle the achievements of the East.” In this context he noted that

“Ever since the disintegration of the Soviet Union, Russia is attempting to restore its role as a leading world power; it often undertakes foreign policies which surpass its economical resources.”

The Minister deplored that “The institutional setbacks of democracy are easily overtaken by populist notions” in result of which “the compressed middle class leads to a weak social centre”.

The ensuing panel discussion featured speakers from the West and the region, including Peter Pomerantsev, author of the widely acclaimed book “Nothing is True and Everything is Possible” and senior fellow at the London-based Legatum Institute. The debate served to share different perspectives on Russia-aligned propaganda and its growing influence in Europe and beyond, eventually allowing to bridge the views from the West and Bulgaria.

The closed session that followed a public debate was focused on ways to foster demand for independent media, including Russian-language high quality non-news content making. The panel discussion included representatives from media outlets, both state and independent broadcasters, who already produce Russian-language content, such as Darja Saar, Editor-in-chief, of the Estonian stated broadcaster ETV+, Ivars Belte, CEO, of the Latvian TV and Katya Gorchinskaya, CEO, of the Ukrainian Hromadske TV.

The conference was organised by EED’s local partners, ECFR and Sofia Platform, in cooperation with the Lithuanian state broadcaster, LRT, and with support from the Romanian Ministry of Foreign Affairs. It has been organised in the framework of the ongoing work aimed at setting up a Russian-language non-news content sharing platform, as recommended by the EED feasibility study on Russian-language media initiatives in the Eastern Partnership and beyond. 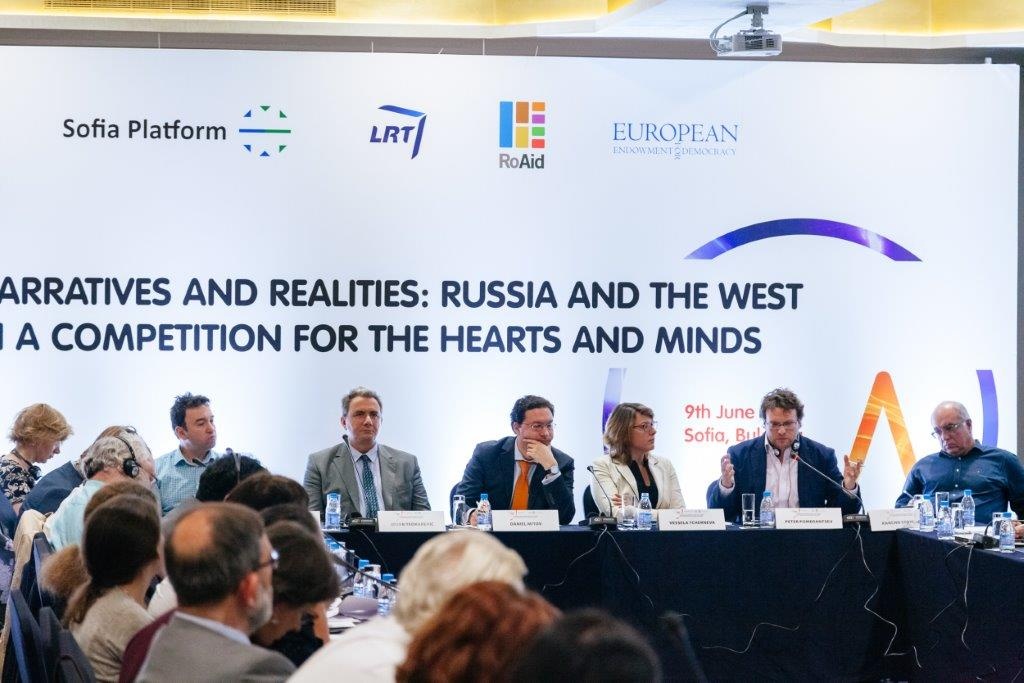