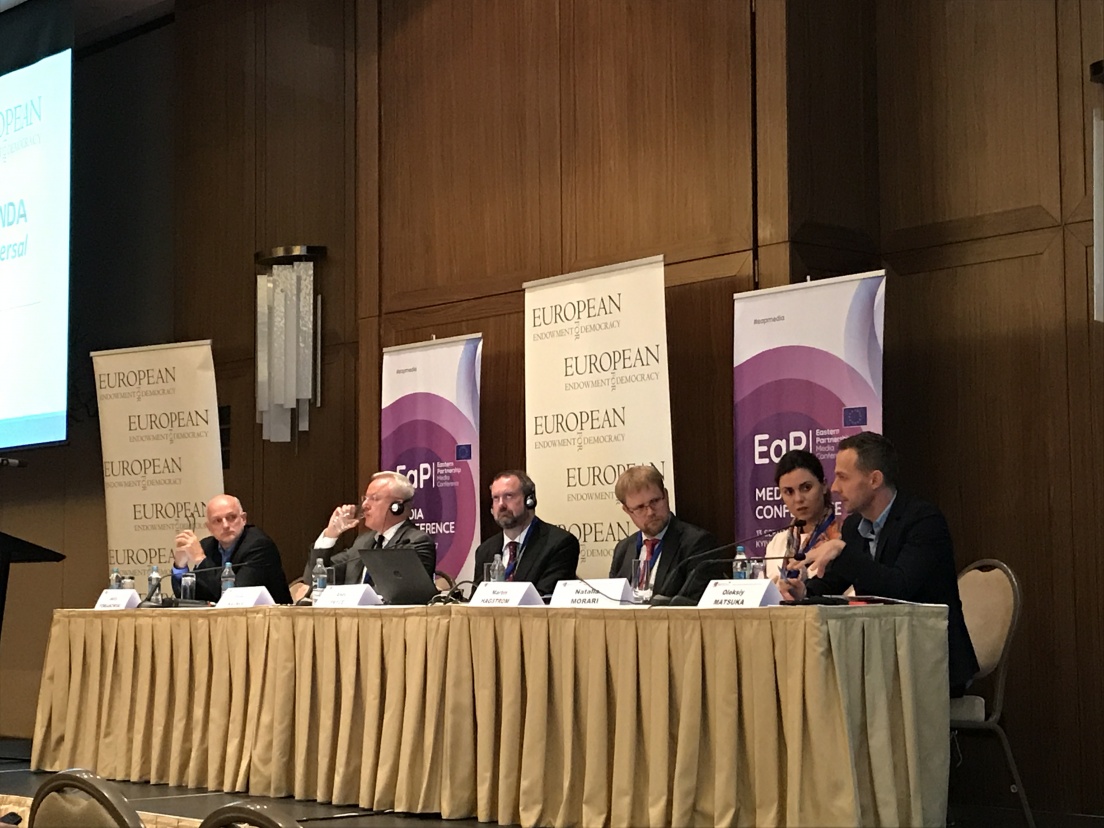 This special event took place on 12 September, ahead of the main conference. Speakers and participants examined the role of independent media outlets in the context of rapidly changing political landscapes and transforming societies in the Eastern Partnership and beyond.

"Democracy cannot function without objective, independent media. In our daily work supporting small and big media outlets in different parts of the world, we see many of our partners changing their communities, influencing the social fabric and people’s thinking.”

The first panel composed of prominent media experts examined the importance of independent media as a response to propaganda.

Nataliia Lygachova, head of the NGO Detector Media, talked about what strategy ought to be adopted by journalists to capture the attention of a wider audience.

“Telling facts is no longer enough. We need to become good storytellers. Journalists have to figure out the way of breaking the echo chambers created by propaganda and penetrate them with qualitative stories.”

The subject of donors’ role in assisting independent media was at the forefront of the second part of the event. Representatives of major donors, including the European Commission and UK Foreign Commonwealth Office, as well as the Ambassador of Sweden to Ukraine Martin Hagström exchanged views on the methods of supporting independent media in these testing times.

In addition, two of EED grantees, namely TV8 from Moldova and Donbass Institute of Information from Ukraine, presented the work of their organisations as examples of successful donor-backed media initiatives.

Speaking about support for independent media and experience of his organisation Donbass Institute of Information, Oleksiy Matsuka brought to the attention of the participants that the lack of adequate training for journalists is an important issue that should not be overlooked by donor community.

Approximately one-third of EED projects are media-related (83 initiatives since 2013 worth €4.1 million). Through this support, EED aims to contribute to building the capacities of local media to grow as independent and quality channels for communication, and as a mechanism for promoting and protecting democratic values.

The 2nd Eastern Partnership Media Conference organised by the European Commission together with the European External Action Service and with support of the Government of Ukraine offered a unique platform to examine how the EU and other donors can best support independent journalism in these countries. It aimed to shine a spotlight on the growing challenges facing journalists in the EU’s Eastern partner countries.

See photos of the event here