Two years after EuroMaidan – a revolution of “minds and hearts”?

The executive director and the EED team visited Ukraine at the end of November to celebrate the second anniversary of EuroMaidan and to meet with EED partners. 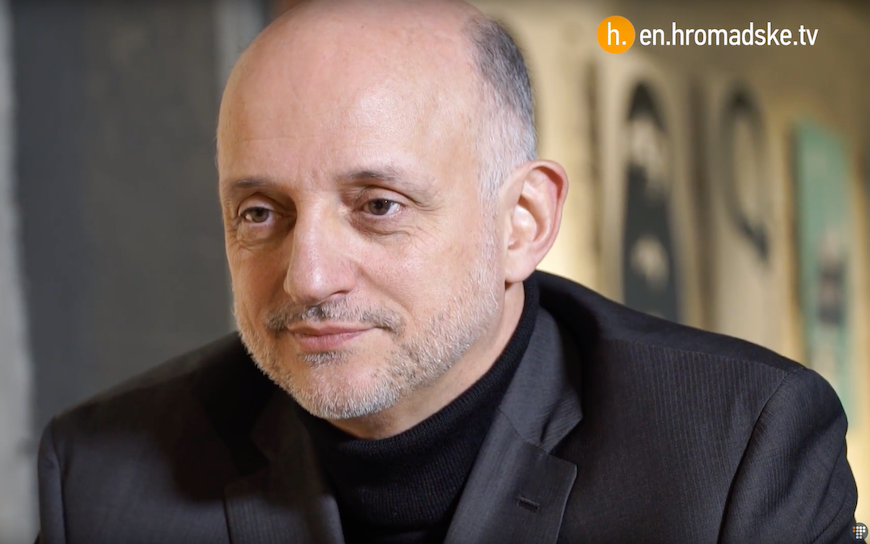 The director also presented the main report at the 10th annual conference of the Ukrainian School of Political Studies. In his speech, he said: "Ukraine really needs another revolution. But not street protests and violence, but revolution in the minds and hearts of the people." He drew attention to some of the positive legacies of Euromaidan, such as media freedom, the safety of activists, the first reforms, etc. At the same time, he noted that the oligarchic system still remains insurmountable. Pointing to today's "most critical moment in the history of Ukraine," he called on Ukrainians to direct their emotions, including patriotism, "into everyday hard work." He concluded: "No matter how much money oligarchs have, they will never have enough of them to manipulate 45 million worthy citizens."

EED met with the Deputy Speaker of the Verkhovna Rada, Andrei Parubiy, as well as with several members of the Eurooptimist faction, including deputies Hanna Gopko, Ostap Ednak, Mustafa Nayem and Victoria Ptashnik. In addition to meetings with several EED partners, including the Crimean Tatar Resource Center, EED also met with Oleg Rybachuk from the UA Center, as well as the former Vice Prime Minister for European Integration and the Head of the Presidential Administration. In addition, they discussed the coordination of donor assistance and democracy support with the ambassadors of Sweden and the United States and the head of the EU delegation to Ukraine.

Gromadske TV and the First National Channel (which is to become the public broadcaster of Ukraine in the future) interviewed the EED Director for Democracy Support. They quoted his statement about the dangers of Russian disinformation: "The fact that Russian propaganda dominates the minds of so many people has the potential to affect the security of all on the continent."