Many assumed that globalisation and development of new technologies would help democracy strengthen and expand. 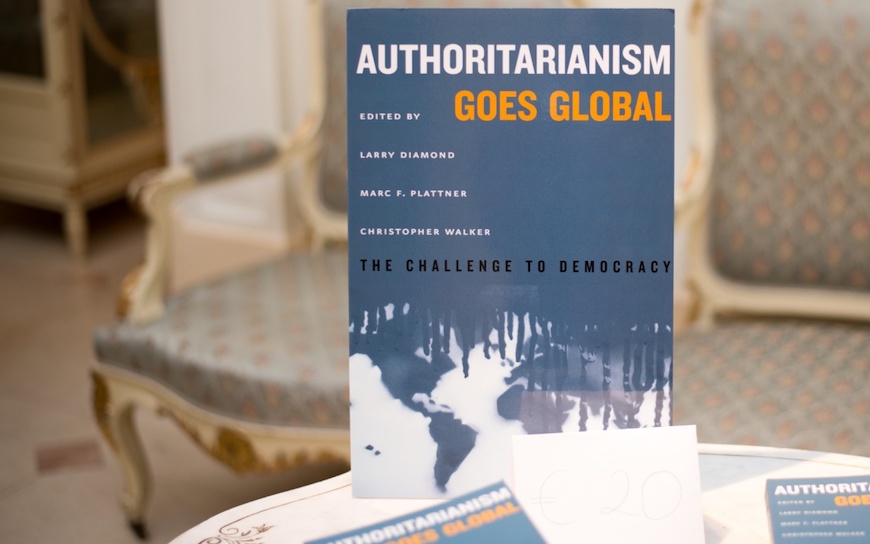 But authoritarian regimes have learnt how to make use of the new digital tools, too. They use them to strengthen their grip on societies and to undermine democracy around the globe. This topic was discussed at EED on 3 May during the presentation of a new book "Authoritarianism Goes Global" edited by democracy experts: Larry Diamond, Marc F. Plattner and Christopher Walker.

“Authoritarianism has been remarkably good at adapting to technology and soft power”, argued Marc F.Platter, the vice president of research and studies at the National Endowment for Democracy, who presented main findings of the book. He argued that instead of opening up, authoritarian regimes are getting ever more repressive. Moreover, they step up cooperation with each other and share tips on how to suppress civil society at home and undermine democracy abroad.


Alexander Cooley, who contributed one chapter to the book, pointed to the authoritarians’ attempts to delegitimise democracy with their own set of quasi counter-norms, which include respect for civilisational diversity, traditional values, and the allegation that security should go ahead of civil and political liberties.

Lilia Shevtsova, the author of the chapter “Forward to the past in Russia” discussed Russia’s global role in supporting authoritarianism. She argued that Russia’s aggressive policy is aimed at preserving and consolidating Putin’s regime more than at anything else.

Jerzy Pomianowski, EED Executive Director, said that even in dictatorships people matter and, even the worst of dictators need at least some degree of popular legitimacy. “Popularity is still valued by the autocrats. They seek to win hearts and minds, too”. This should give us some hope - people will prevail at some point. 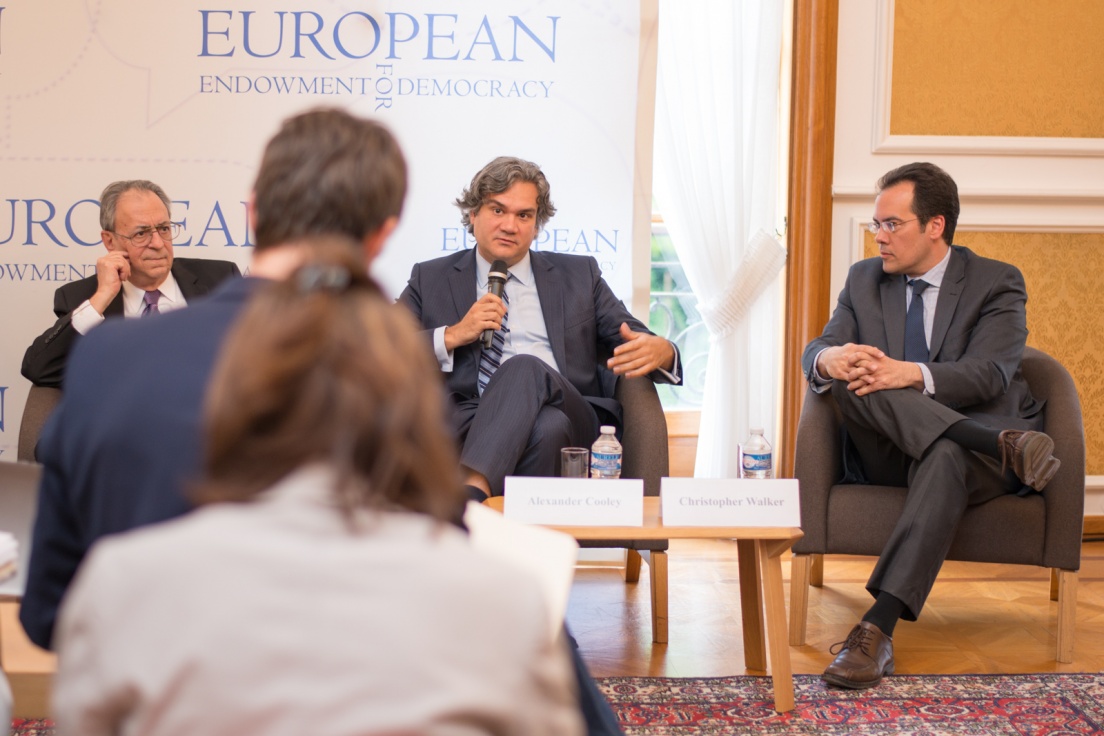 The editors and contributors of the book suggest that democracies should have a stronger common message in defence of democracy. They should make use of international broadcasting, public diplomacy, and social media to reassess their values and norms. Democracies should also regain their self-confidence, they argue. They need to prevent the authoritarians from hollowing out rules-based international organisations. Finally, the speakers concluded that established democracies must demonstrate stronger solidarity with nascent democracies, such as those in Tunisia and Ukraine, which struggle to consolidate their representative institutions.