EEDevent: Ukraine in 2016. How to restart the reform process?

On 25 April, Democracy Reporting International and EED co-organised a discussion on Ukraine which focused on ways to push ahead with the much-needed reforms. 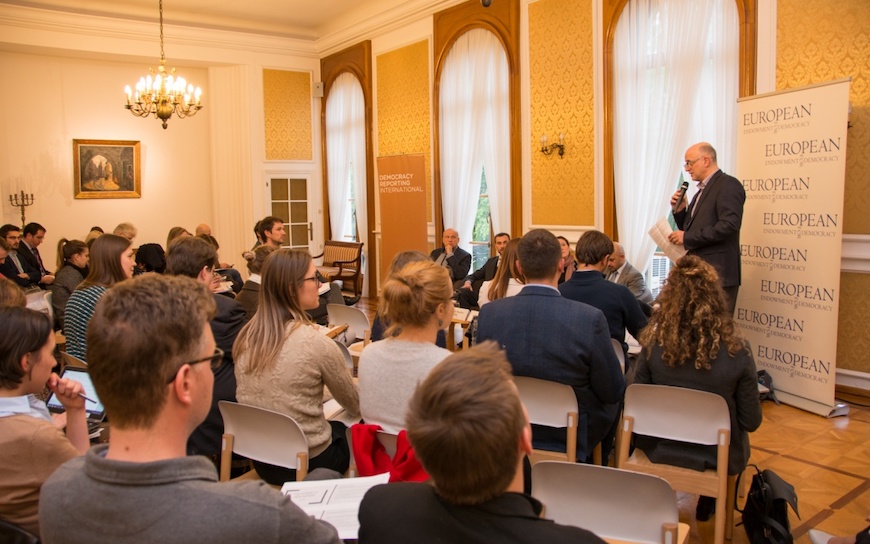 “This event is necessary because it brings important voices from Ukraine to Brussels and amplifies them, so we can understand the situation on the ground,” said EED executive director Jerzy Pomianowski when opening the event. “Have we lost faith in the institutions and is that why we support civil society?” asked the speakers and the audience Michael Meyer-Resende, DRI executive director.

“Even the best civil society is not enough to compensate the lack of reforms,” argued Oleh Rybachuk, founder of Centre UA and a former vice-prime minister for European Integration. “The EU needs to keep up its pressure on the government”. The Centre is launching a new programme to create a common understanding of the reform policy agenda, engagement of citizens at all levels and access to information. 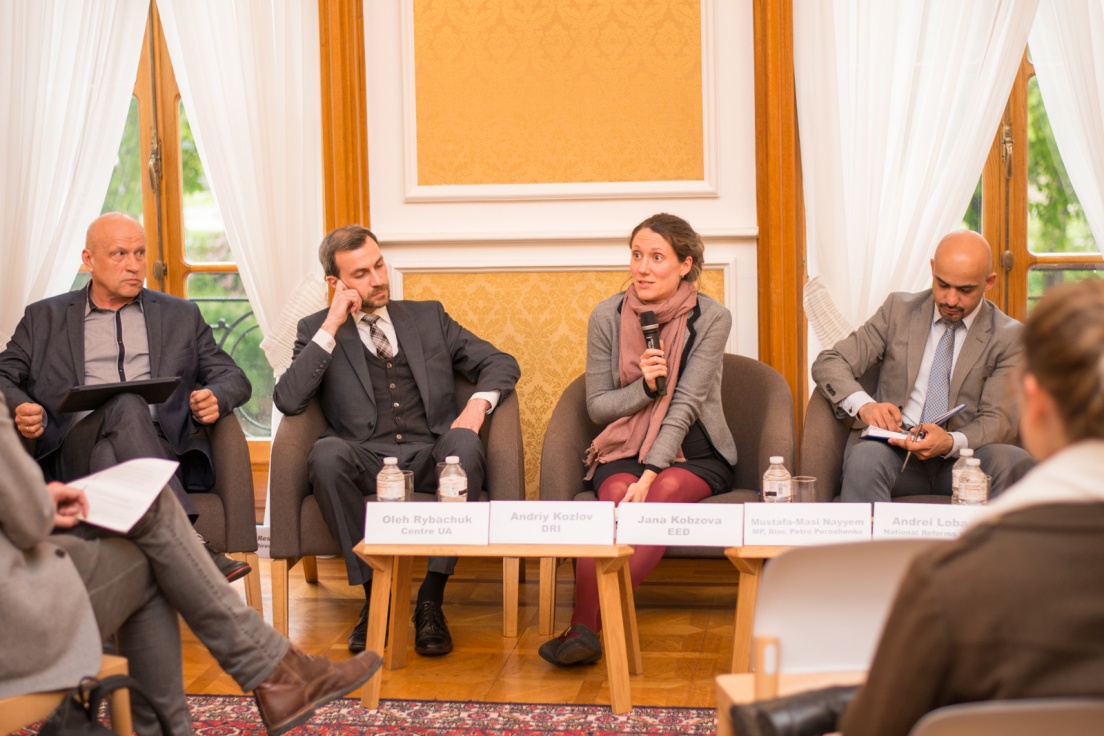 “Everyone wanted a technocratic government but we got a political one,” argued Andrei Lobatch, head of the EBRD Reform Support Group and of the Project Management Office at the National Reforms Council of Ukraine. He stressed that continuity should be maintained where possible: there have already been some reform success stories in public procurement, traffic police reform or the gradual clean-up of the energy sector. “The procurement reform saves around 30% of the state budget. It is easy to track and online processes are transparent – they save money and fight corruption”.

“To restart the reform process, we need new faces in politics”

Corruption and miscommunication were mentioned as the two main challenges for the Ukrainian government by Mustafa Nayyem, former journalist and an MP from Bloc Petro Poroshenko. In the next few months, Ukraine needs to focus on tackling its internal problems. The government should communicate to the citizens what reforms are about and how they impact their lives. While many reform steps have been taken, “they are not irreversible. Our main enemy is the disappointment of people with the lack of progress – we need to fight it by better communication and by bringing in new faces in the Ukrainian politics”.

“There is a window of opportunity for the judicial reform”

“Decentralization reform is stuck, neither alive nor dead, but more dead”, argued Andriy Kozlov, senior legal analyst with DRI and an observer at the Ukraine’s Constitutional Commission. This is mainly because the key constitutional amendments are unlikely to be passed in the Parliament in the near future. But Kozlov sees other opportunities for success: “There is a window of opportunity for the judicial reform.” He highlighted the importance of an institutional framework for the reforms to bring results: “we cannot fire all the judges; it would be like using a guillotineby someone suffering from a brain cancer.” Kozlov argued that a new supreme court is needed where the best candidates should be chosen through a transparent process.

While it was clear that there is no unified recipe for restarting Ukraine’s reforms, the speakers agreed that although the government was primarily responsible for the country’s transformation, the role of civil society and international partners remains crucial: by providing ideas and drafts laws or channelling public pressure, these actors can help speed up the process.