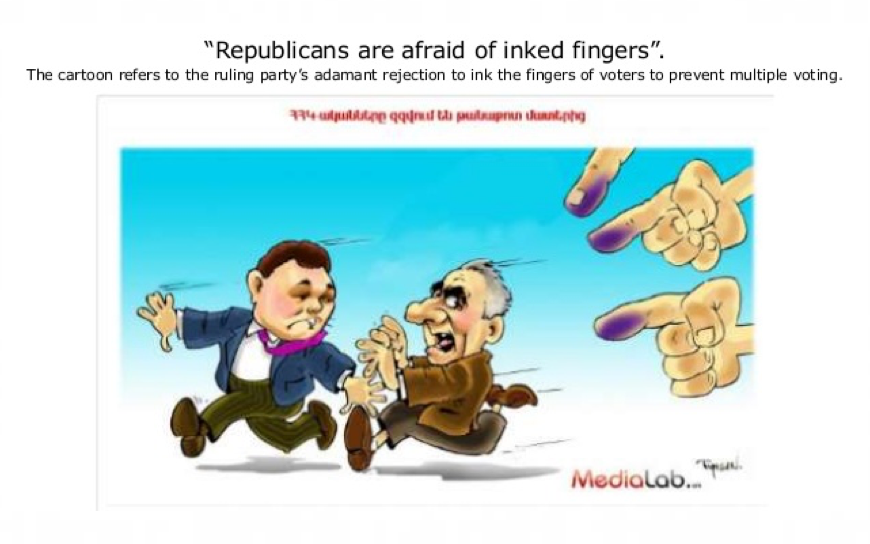 The report systematically records all violations relating both to the process of the referendum, as well as the campaign, the day of voting, and how complaints were later dealt with.


In addition, the report lays out six recommendations for changes to the electoral code, due to be adopted before mid-2016, arguing for voters’ lists to be made public, for the use of administrative resources to be prohibited and expanding public oversight, among others.

The Citizen Observer Initiative is Armenia’s largest-ever effort to mobilise civil society around election observation. In total, it brought together about two dozen non-governmental organizations (NGOs) and over 1,000 individuals, who acted as observers or mass media representatives in around 520 precincts (about one quarter of the total number of precincts in the country).