EED-supported MediaLab, an Armenian news portal, has launched its first comic book, which takes on political, social and societal problems through storytelling. 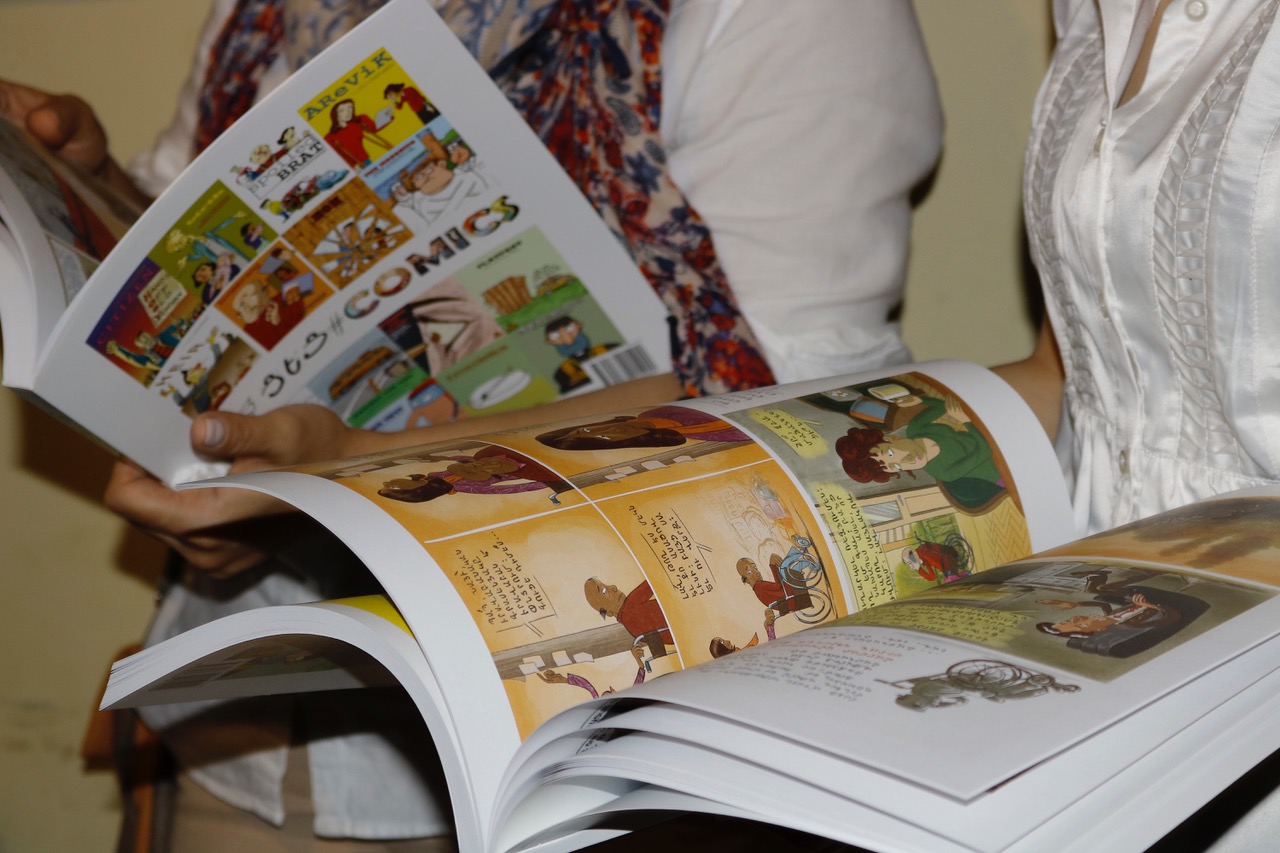 The below article was originally published by © MediaLab

Entitled Moth Comics, the book is using the exquisite art of cartoons to bring unconventional and cliché-free views of current issues and challenges facing the country. The outlet's political cartoons were initially published online on the MediaLab website but following the launch of the Moth newspaper, the book is now the outlet's second initiative bringing political cartoons to the offline space.

Moth Comics illustrates sensitive topics such as discrimination, conformism or domestic violence, not only pointing out challenges but also suggesting solutions; these success stories can inspire readers to be courageous, not to conform, and to believe that it is possible to change lives by changing mindsets.

“People used to ask us if we were not afraid; now they ask who are we going to mock next! Six months ago when we were holding the first Moth award ceremony, acclaiming the courageous artists, I said that I hoped in a year there would be no necessity to hold another such award for courageous artists,” said Marianna Grigoryan, head of the project and editor-in-chief of MediaLab.

"While I can’t say that we have overcome all of our problems, things are moving in the right direction. The situation has changed in the country but critical thinking remains highly important."

Moth Comics was launched on 16 July at the “Article 3” Yerevan Club. Richard Mills, US Ambassador to Armenia and Ambassador Piotr Switalski, Head of the EU Delegation in Armenia were among the guests of the presentation.

“I have always extended support to what they are doing, despite the fact that I was a victim of their cartoons. The only grudge that I have against Vahe [cartoonist], is that he always makes me older than I am! But seriously, they are pioneers, they are people who have made this society of Armenia healthier. Despite the sometimes difficult circumstances, they have had the courage to push the limits of political satire in this country, while always being funny and in a good style,” said Mr. Switalski at the event.

Artur Sakunts, Head of the Helsinki Citizens' Assembly (HCA) Vanadzor Office stated that cartoonists have an important mission to fulfill in the post-revolutionary Armenia, too.

I hope that there will no longer be such types of heroes for your cartoons in new Armenia, as before. However, any power tends to corrupt - we must keep tabs on them, so that we can maintain what we have achieved in our country,” said Sakunts in his speech.

The book consists of 16 stories published in Armenian and English. Comic strips were the next initiative of the MediaLab team following the initial EED-funded project of political cartoons three years ago.