At its meeting on 6 December 2017, the EED Board of Governors endorsed the EED engagement in support of civil society and free media in the Western Balkans and noted highlights from the fourth full calendar year of EED operations. 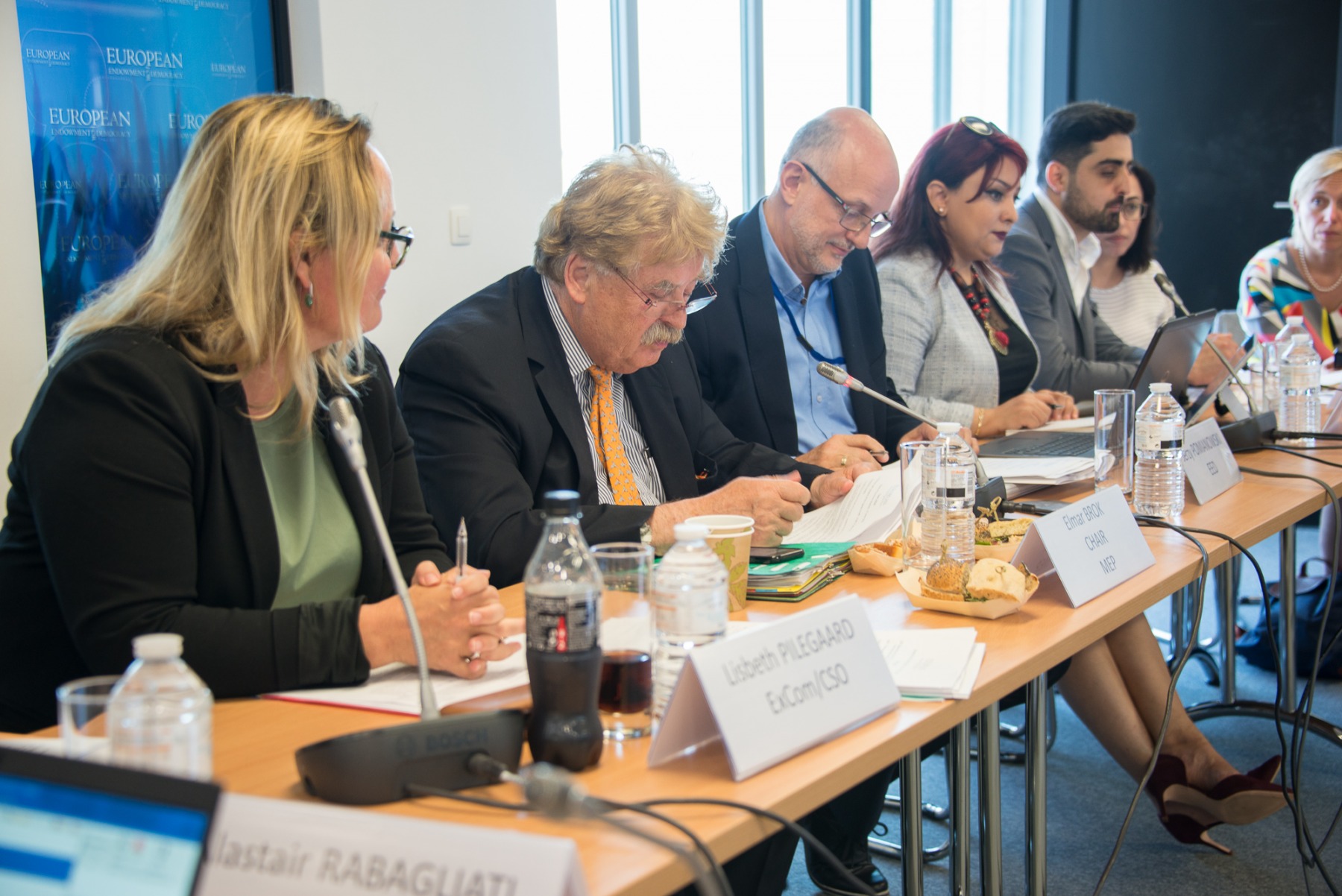 During this period, the Endowment has continued to focus on providing grants to the most relevant activists in the European neighbourhood and beyond that respond to the local contexts. Since the previous meeting on 22 June, EED has approved 70 grants. In total, EED has received 4,169 requests for support since the start of operations in 2013, of which 544 have been approved for funding.

In this period, EED also continued to ensure and demonstrate its value added and complementarity in the democracy support field. Support has continued to be provided to democracy actors on the ground despite the shrinking space for democracy support in key countries and in rapidly changing and politically sensitive environments and during times of crisis and war.

Numerous members of the Board commended the EED for its work. Highlighting in particular the support to human rights defenders and journalists as a cornerstone of democracy, Sweden said that “the value of EED is only increasing”.

During the Board meeting, EED annual workplan and budget for 2018 were approved. Fundraising activities aimed at maintaining a balance between Eastern and Southern Neighbourhood remain one of the key priorities of the Endowment.

Following a request from the European Commission, which was discussed at previous meetings, the Board endorsed the new objective for 2018: entering the Western Balkans to bring value added to democracy support in the region. The launch of EED work in the Western Balkans as well as a series of outreach activities will start at the beginning of 2018.

Subsequent to the recommendations of the “Full-Term Evaluation” carried out by independent evaluators in 2016 on EED’s first three years, an updated Results Based Framework (RBF) was submitted to the Board. The RBF helps track the progress being made towards the goals of the Endowment, as the grant support provided to pro-democracy actors and the benefits for the target populations, identify obstacles, and address potential issues in a timely manner.

The Board of Governors and Executive Committee, composed of representatives of EED member states, representatives from the EU institutions as well as civil society experts on democracy support, oversee the work of the EED. The Board meets every six months and is responsible for the mandate, mission and overall guidance of EED’s operations and development.