In repressive environments, opposition voices are increasingly reliant on the online world and social media to exist. However, a recent case involving Meydan TV suggests that authoritarian regimes are embarking on a disguised battle against online dissent. 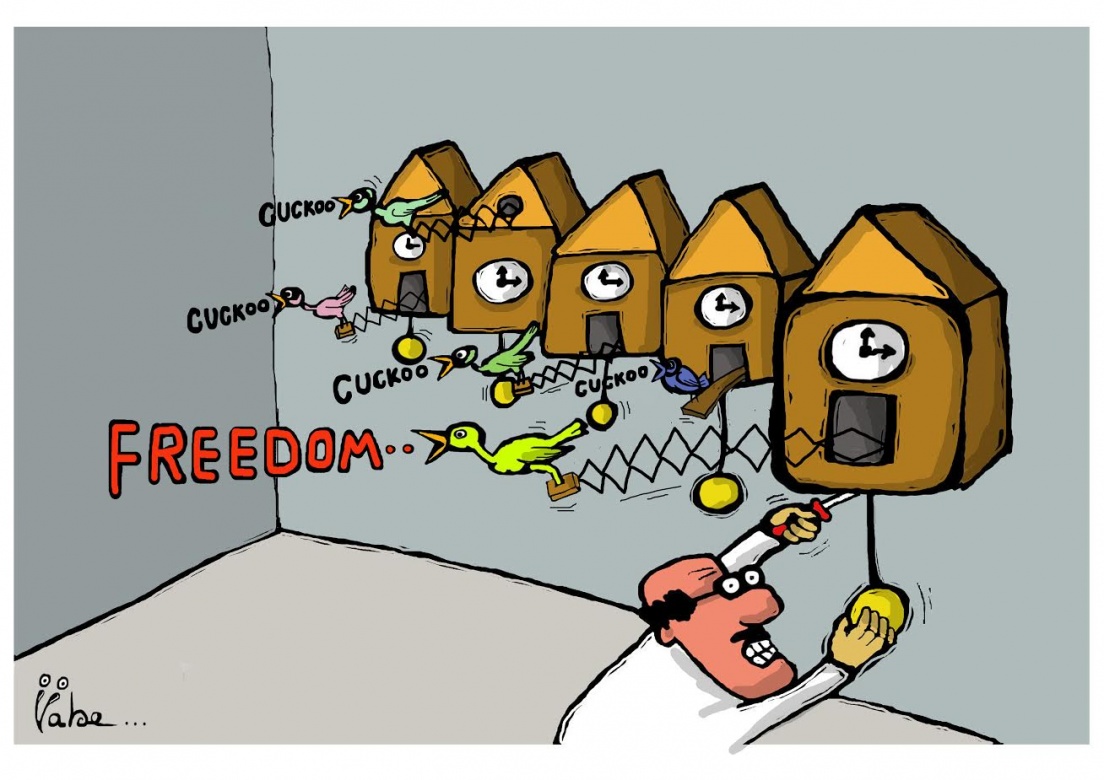 On 28 December, 11 videos were blocked on the YouTube channel of Meydan TV, one of the few remaining independent Azerbaijani media outlets, working from exile in Berlin. These video reports, which highlighted allegations of official corruption, generated an onslaught of complaints and were removed on the grounds that they infringed YouTube’s copyright rules.

YouTube took down the videos without doing any serious checks of their content and the alleged violations.

Given the fact that Meydan TV’s website, along with four others, was blocked following a ruling last year, the outlet is now increasingly reliant on YouTube to keep its voice present online. Meydan TV quickly identified the source of the complaints: a company called “Muse Network” abused its partnership status with YouTube and filled in false complaints of copyrights violations.

As revealed by CodaStory, the company, which is based in Turkey but has an office in Baku, is notorious for filing fabricated complaints about Azeri independent outlets on YouTube.

Muse Network was responsible for a similar incident involving the Azeri service of Radio Free Europe/Radio Liberty, which in the beginning of January had one video report about SOCAR (the State Oil Company of Azerbaijan) removed from YouTube for alleged copyright violation.

In both cases, the Azerbaijan Director of the company denied the accusations.

The incident with Meydan TV “was not an isolated case”, according to Emin Milli, Director of Meydan TV.

“Corrupt officials are using such companies as proxies to target independent media and independent voices by using YouTube as a tool.”

Complaints on YouTube can easily be overlooked or unchallenged. However, under YouTube’s policies, after three violations, a channel can be blocked for good. According to Milli, “the claims are made generally, it’s not clear what rules you’re accused of violating or at what point. This lack of transparency makes dispute resolution arbitrary”.

Online sharing platforms and social media are harder for governments to control than traditional press. However, it seems that authoritarian governments are no longer inclined to tolerate any dissent, whether offline or online.

Censorship in the Russian-speaking blogosphere

Azerbaijan is not alone in its efforts to achieve internet censorship through temporary disruption and blocking of social media accounts. Similar techniques are also widespread in the Russian-language online media sphere.

Since 2014, several prominent Belarusian and Ukrainian accounts critical of the Kremlin have been suspended on Facebook, following multiple (automated/bot) complaints and false reports of abuse filed from Russia.

In some cases, the complaints were filed against posts dismantling Soviet-era false myths, a recurrent theme of disinformation efforts.

While Facebook and YouTube deal with complaints, the accounts of targeted bloggers, activists and opposition leaders remain suspended. Even a few hours of disruption can make the audiences run away from blocked channels.

A disguised war on freedom of expression online

In light of the above, the increasingly repressive internet-related legislations adopted by some post-Soviet countries – such as the regulatory measures introduced by the Azerbaijani government last December, or the bill on “bloggers-foreign agents” approved in the first reading by the Russian State Duma on 12 January – are only the most visible tools to silence online opposition.

The less obvious side of this phenomenon is that governments are exploiting the vulnerabilities and regulatory mechanisms of online tools to engage in some sort of “asymmetric information warfare”.

In fact, if sharing platforms and social media are regulated by reporting mechanisms designed to ensure that all publications respect the “community standards”, authoritarian governments (and their proxies) are openly disregarding these rules when (ab)using the same mechanisms for repressive goals.

Restricting access to online information through arbitrary disruption and blocking of social media accounts represent a serious violation of the right to freedom of expression online – as recognised in 2016 by the United Nations Human Rights Council. The UN resolution condemned unequivocally measures to “intentionally prevent or disrupt access to or dissemination of information in violation of international human rights law”.

So far, international resolutions have not been effective in tackling this phenomenon. So how can activists and independent media working in repressive environments challenge it?

Is a “protective mechanism” conceivable?

In his complaint letter to YouTube, Milli recommended that the site put in place a “protection mechanism for independent voices and media in authoritarian countries”. According to Milli, this would make harder to “delete videos and channels of reliable sources of information based on fabricated complaints, without any grounding”.

But, as long as the big online platforms are driven by commercial and power principles, implementing such mechanisms would be challenging.

Moreover, even if the companies set up special committees or administrative offices to deal with “problematic” countries, it will be hard to guarantee that their staff (especially if recruited locally) will genuinely work to protect freedom of speech, rather than to remove internal opposition voices.

In the case of Meydan TV, after international journalists contacted the Head of Muse Network, the videos on YouTube were restored. However, pressure from journalists and the international community is only a reactive mechanism. The threat for Meydan TV and other similar channels remains.