On 6 March 2018 the European Endowment for Democracy (EED) turned its eyes on Albania in an effort to further understand the challenges of political activism in the country and seek for new collective solutions. 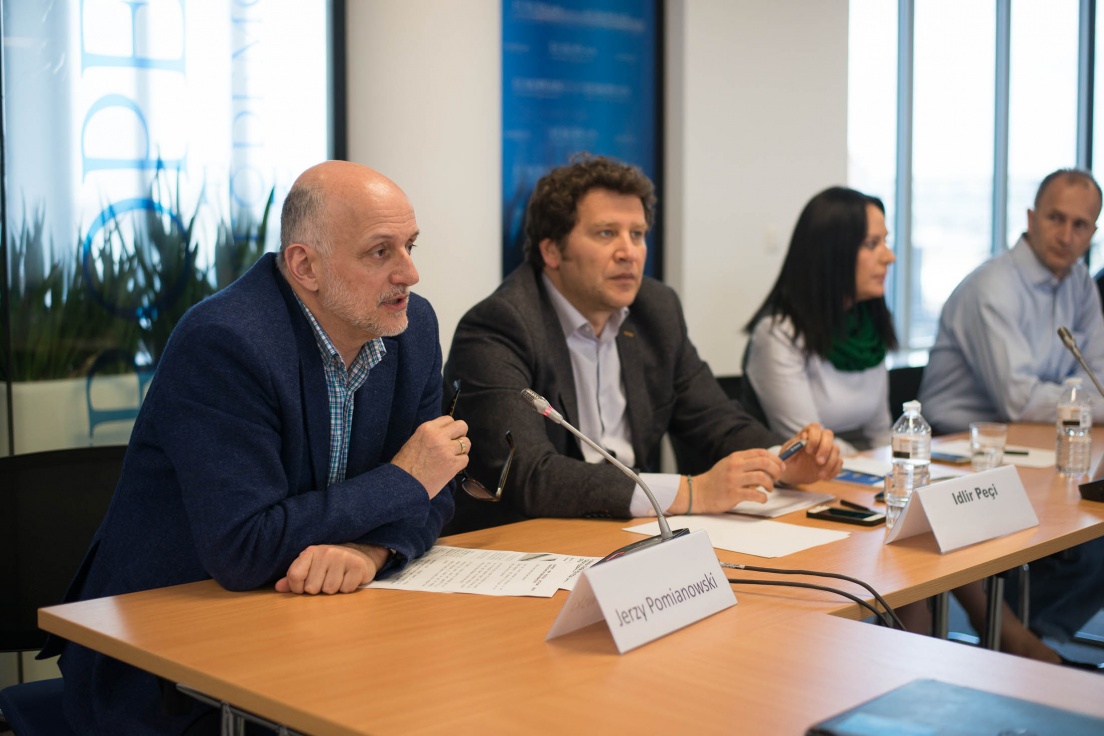 The event “Albania’s New Political Activism: Great Expectations or a Viable Perspective” was the Endowment’s first topical public debate on the Western Balkans, following the extension of the EED’s democracy-support mandate to the region.

The debate’s leading question focused on one of the most burning regional issues: is it possible to identify new political initiatives in Albania aiming at defending core democratic values, which can truly benefit from international democracy support efforts?

EED Executive Director Jerzy Pomianowski opened the discussion explaining that EED, as a flexible grant-making mechanism, is considered part of a new international response to the current situation in the Western Balkans. He noted how the region is moving forward towards a more progressive agenda in the light of the EU accession process, reinforcing key pillars of functioning democratic societies. Working on civil society and independent media empowerment in Albania, EED also hopes to channel political activism and youth involvement in politics, providing support to new forms of engagement and emerging activists.

Idlir Peçi, Independent Legal Expert, Former Associate Professor in Criminal Law and Human Rights at the University of Utrecht, Former Deputy Minister of Justice structured the debate outlining the major issues that make it impossible to break through the political stagnation in Albania. Entry barriers into politics maintain the current status quo whilst new actors, including civil society stakeholders, are immediately co-opted by the establishment. The lack of a genuine civil society and transparency in party financing, as well as the landscape of power games and vanishing political ideologies further hinder possible progress. The international community, which often fails to recognise the genuine need on the ground, was yet another factor he noted.

Alida Karakushi, Independent Civil Society Activist and Policy Analyst pointed out that true Albanian activists refuse to become part of the current political system in their daring struggle to remain independent. People do not enter politics as there is no space whatsoever left for new movements. “How could a new independent party compete with parties equipped with shady financing, supported by media interconnected with business and people in power?” she asked rhetorically. Karakushi further voiced the concerns of Albanian people who had lost trust that things could actually change, being sceptical even towards solitary independent voices:

“In Albania opportunism goes hand in hand with a lack of trust.”

Gjergj Bojaxhi, Former Candidate for Mayor of Tirana argued that entering the government structures is actually a prerequisite for making a difference:

“Young individuals should try to enter politics as much as possible, it is one of the main paths to make a significant change and improve things,” he said.

He described the situation of political activism in Albania witnessed nowadays as “character assassination” – with omnipresent pressure, social media surveillance and personal threats for being publically outspoken, mobilising people and creating a critical mass had become extremely challenging.

Arben Çejku, Former Albanian Ambassador to FYR Macedonia, Executive Director of the Albanian Center for Good Governance, sketched a bleak picture of the current situation in the country, with over 60% of Albanian population considering that national politics does not work for the good of citizens’ needs.

Gentian Elezi, Former Vice Minister of European Integration, Visiting Scholar at the University of Cambridge admitted that politics is indeed a dirty word in Albania, and that thus entering the political field is automatically labelled as “dirty”. With an overarching distrust in the political class, Albania has still gone the extra mile in terms of developing the critical sense of political thinking, especially in urban areas. Groups of outspoken citizens do exist - the problem is that these people are not grouped together, or structured to pressurise political parties. Elezi emphasised that elites in Albania will always find ways to respond to organised citizen pressure – be it by co-opting, or including their postulates in the agenda.

The speakers touched upon the problems of modern civil society in Albania, with Karakushi stating that the formal Albanian civil society does not deserve its name, having transformed into an outsourcing service of the institutions. Largely dependent on international funding, the NGO groups are conditioned by donors to work with the governments, which restricts their freedom of operation. Moreover, activists who enter politics are claimed to “destroy the public's faith” in civil society, blurring the lines between CSOs and political parties, with the former often being perceived as a trampoline to entering the political sphere. In light of the above dilemma, Albania is need of making a clear distinction and restoring a true political leadership that promotes inclusiveness, intensified dialogue and real politics run by motivated people, who have the power to build democratic policies and institutions.